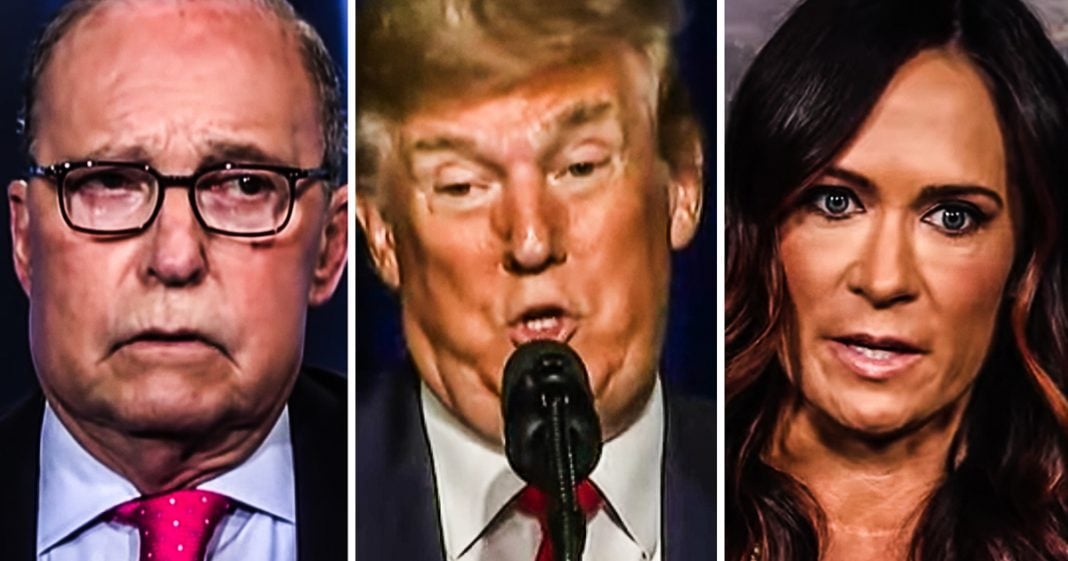 Donald Trump told a reporter that he had second thoughts about his trade war with China, but then quickly added that he has second thoughts about everything he does. This was awkward enough, but his staff went out and made it so much worse. White House press secretary Stephanie Grisham then came out and said that the President meant he wanted to put MORE tariffs on China, a claim echoed later on Sunday by economic advisor Larry Kudlow. Ring of Fire’s Farron Cousins discusses this.