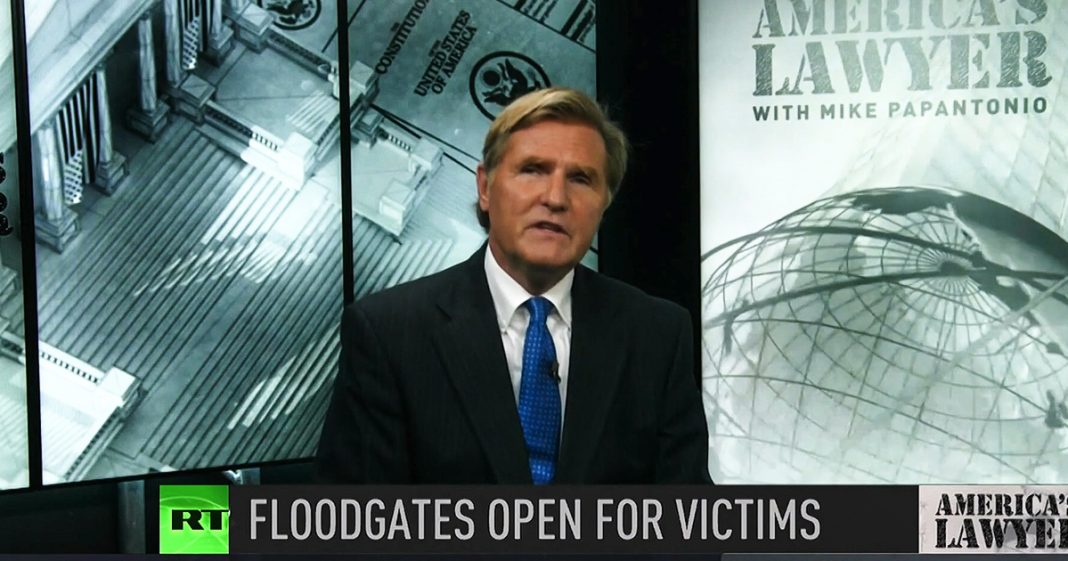 Via America’s Lawyer: In a single day last week, 427 lawsuits were filed in the state of New York against organizations that routinely ignored, covered up or employed sexual abusers. Mike Papantonio explains more.

And finally tonight, some good news. In a single day last week, 427 lawsuits were filed in the state of New York against organizations that routinely ignored, covered up or employed sexual abusers. These lawsuits were filed on a day that the Child Victims Act went into effect, which temporarily lifted the statute of limitations that victims had to file a suit over the, over the past abuse that they’ve experienced. Previously, victims only had until the age of 23 to report the assault and file a lawsuit, but the new law did away with the statute of limitations for at least one year. Some of the victims who filed suit were, they were in their sixties. To no one’s surprise, most of the lawsuits were filed against the Catholic Church, one of the worst abusers in this country, maybe the world. Other lawsuits, targeted hospitals, school systems, summer camps in at least two lawsuits were filed against the Boy Scouts of America.

Victims over the age of 23 still have until this time next year to file suit and you can expect the number of lawsuits to skyrocket during that time. That’s all for tonight. Find us on Facebook @facebook.com/rtamericaslawyer. Also follow us on Twitter @americaslawyer. You can watch all RT America programs on Direct TV, channel 321 and stream them live at youtube.com/rtamerica. I’m Mike Papantonio, and this is America’s Lawyer, where every week we tell you the stories that corporate media is ordered not to tell because their advertisers won’t let them. Have a great night.