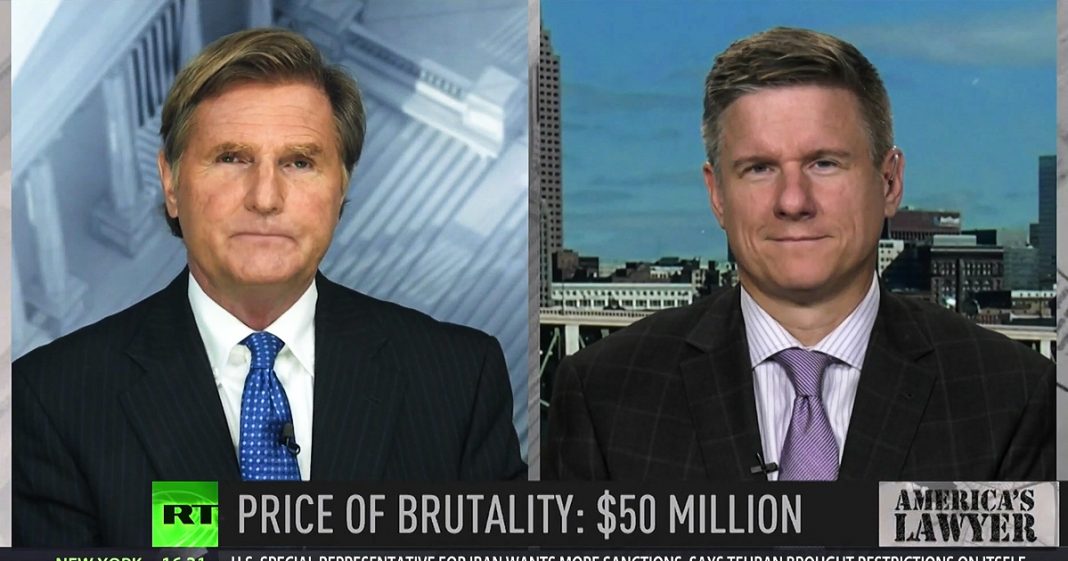 Via America’s Lawyer: Mike Papantonio talks shop with Robert Dicello, attorney for Arnold Black in a landmark civil case against an East Cleveland Police Department supervisor. In 2012, Black was wrongfully arrested and beaten before being confined to a de facto supply closet for four days without food, water, or a bathroom. The case’s $50 million settlement marks a victory against the widespread culture of police brutality, which often targets black Americans and continues to plague cities across the U.S. Also, in a single day last week, 427 lawsuits were filed in the state of New York against organizations that routinely ignored, covered up or employed sexual abusers. Mike Papantonio explains more.