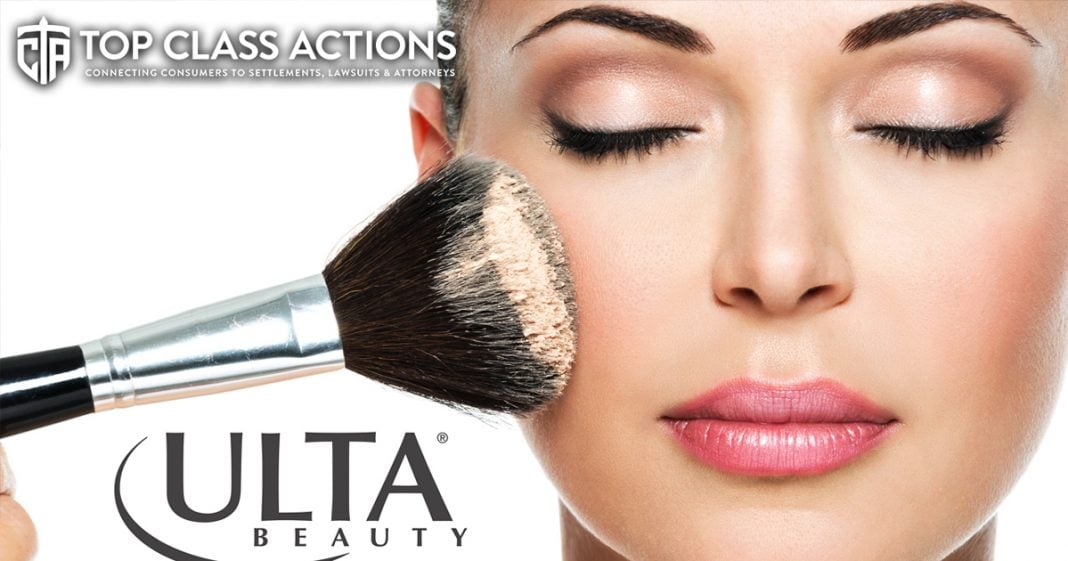 Plaintiffs have filed a motion to certify their proposed Class Members, including consumers from 17 states, in an Ulta used makeup class action lawsuit. The plaintiffs alleged in their Ulta class action lawsuit filed in early 2018 that the makeup retailer repackaged used makeup to resell to customers. According to the complaints, former Ulta employees confessed to making returned used make up items look new, but not sanitizing them, and putting them back on the shelves for sale at the direction of management. Ring of Fire’s Farron Cousins discusses this with Scott Hardy from Top Class Actions.

Farron Cousins:                  There’s lots of products and things on the market that consumers have no problem buying if they’re used. We buy used homes all the time. We buy used cars. But one thing most people probably don’t want to purchase is used makeup. But unfortunately according to a new class action lawsuit, that’s exactly what’s been happening at a lot of Ulta beauty supply shops across this country and I have Scott Hardy from Top Class Actions with me now to tell us what’s happening. So Scott, this is a very, I guess the word is gross, story. If the accusations in this lawsuit are true, it would appear that Ulta is selling used makeup back to consumers.

Scott Hardy:                          That’s what’s being alleged and frankly when Nicole, who manages all our social media and helps me with the articles for this, for this show, I was shocked and she was shocked too. She said, you know, I just can’t believe that, she goes, I shop there. I take my girls there to shop. I had no idea that I could actually be buying used makeup. You make the assumption you go to a name brand like Ulta who is well respected in the industry or at least was and you trust them, you trust that what you’re putting on your face has not been touched by other people and oh, that’s just gross.

So now you have this class action that Ulta has already tried to get out of and said, well, we don’t necessarily know if it’s used or not and we need to repackage this. But it explains why they have such a generous return policy because they may very well have been just putting these right back in the box and putting them on right back on the counter. It’s, it’s frightening from a health perspective and it’s just, as you said, it’s just disgusting that women may have been very well been essentially using recycled makeup.

Farron Cousins:                  And it is interesting as you talked about there, the, the defense that Ulta is using here, they tried to say the plaintiff’s overreached by saying that all of the used makeup is unsanitized when in fact some of it was never used to begin with. It was returned unused. So therefore, according to Ulta, their claim has no merit because they said all of it is, but some of it is still okay to sell. That is a horrible defense saying no, not all of it is, is gross that’s been, you know, used on other people’s faces. It’s got their germs on it. We had, maybe they were sick when they used it, we don’t know, but some of them were never touched so, so there you go. I mean, listen, if Ulta wants to change this, just simply say, hey, listen, because of the nature of what we sell, all sales are final.

That, I mean, that that’s it. All sales are final. You cannot return it under any circumstances. We’re sorry. We know that’s bad. But at the same time, we’ve got a public health issue here and we can’t just be spreading germs by letting you use it a couple days then decide you don’t like it. This isn’t a used car where you just go trade it in for a new one. No, you have to scrap it and get a new one. Either Ulta or the consumer. But unfortunately Ulta says, ah, yeah, used it a couple of days. It looks good enough for me. Let’s throw that back on the shelf, put a new price tag on it. We’re good to go. No, that, that’s really, really bad.

Scott Hardy:                          Yeah, and it’s, it’s just scary because you want to be able to trust that when you send your kids out there to buy makeup, that they’re getting the new product, that they don’t have to worry about getting germs or have contaminated makeup. As you said, this is an easy fix for Ulta. They could go ahead and say, hey, by the way, you buy lipstick, you buy stuff that you’re putting on your face, you know, you can’t return it. We have to change our very generous return policy. Or they go ahead and take all of that returned makeup and they, they, you know, ship it off, recycle it some way, but they do not resell it to consumers. That is just crazy. And you know, they’re, they’re really seeing a big backlash.

We’re already up to almost 200 comments here on this article from people who are upset with them. So I see this one as growing and I see Ulta as hopefully they’re going to take this as a good opportunity to reach out to their customer base, fix the issue that the class action alleges and connect with them. You know, Ulta customers, I think will be very happy if they get a $25, $30, $40, $50 coupon to go out there and shop at Ulta as long as they change their policies. We’ll see what one shakes out from this.

Farron Cousins:                  Absolutely, and that, that’s ultimately the goal with this one. It’s not only to make sure people get some money out of it, it’s you have to change your practices because you’re going to end up spreading diseases that otherwise would not have been spread. So if anybody watching this shops at Ulta, you know somebody who does, follow the link in the description of this video, head on over to Top Class Actions and as always, if you have not already, please make sure you sign up for their weekly newsletter. Scott Hardy with Top Class Actions. Thank you very much for talking with us.