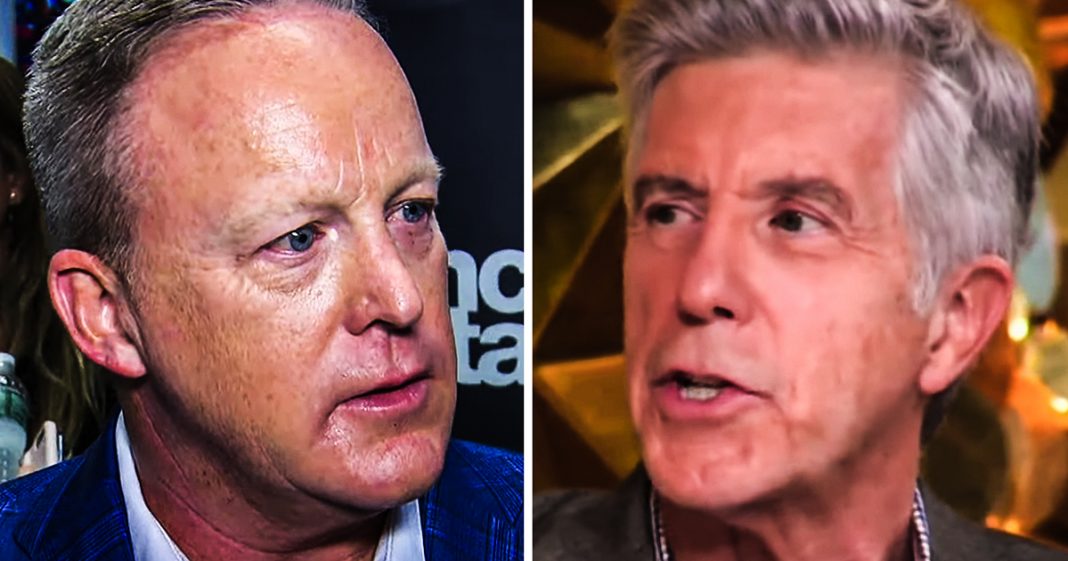 Tom Bergeron, the host of ABC’s Dancing With The Stars, is not happy that former White House Press Secretary Sean Spicer will be appearing in the upcoming season of the show, as he wanted the show to give Americans a break from the political world for a while. But network executives had a different plan, and Bergeron expressed his annoyance with those executives for bringing in Spicer. Ring of Fire’s Farron Cousins discusses this.