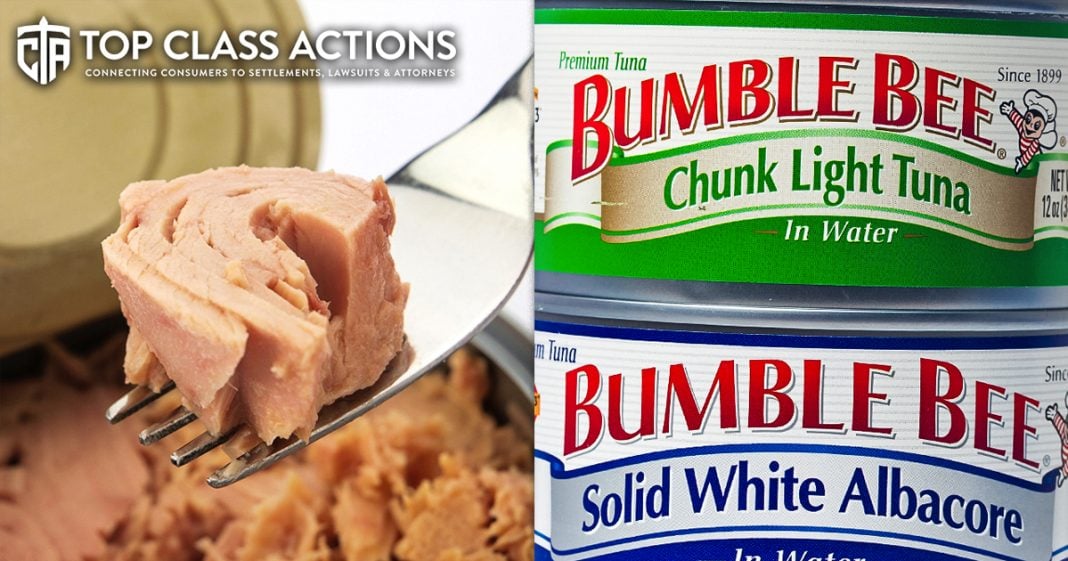 A federal judge has granted class certification to consumers who claim that they were deceived by a scheme to fix the prices of canned tuna by three of the largest producers of packages tuna products. The plaintiffs in the class action lawsuit claim that the tuna companies Chicken of the Sea, StarKist, and Bumble Bee allegedly took part in anti-competitive conduct. The anti-competitive scheme allegedly included an agreement to fix prices for packaged tuna, a pact to limit promotional activity of the products, and agreeing to exchange confidential business information in order to facilitate the conspiracy. Ring of Fire’s Farron Cousins discusses this with Scott Hardy from Top Class Actions.

Farron Cousins:                  When most people think of issues of price fixing or collusion amongst companies to keep prices artificially high, you probably think of industries like Big Pharma, you know, possibly the oil and gas industry. You don’t typically think of the canned tuna industry, but actually for several years now there have been mass, massive investigations, criminal fines and penalties and even possibly some criminal charges coming amongst some of the biggest canned tuna companies in this country.

Joining me to talk about this is Scott Hardy from Top Class Actions. And Scott, when I read this story, it really just kind of shocked me, the level to which we had these massive investigations, the Department of Justice investigation into the canned tuna price fixing issue, because apparently this has been a massive deal and it’s been going on for many, many years now. Lay this one out for us.

Now you would think that when the sales go down and the tuna industry is really pushing hard to compete, that prices would come down a bit. So that way people will buy more tuna. They’re going to say I’m getting a better deal. But no, as the tuna industry struggled, prices actually remained the same. And so they took a lot, a deeper look at this and they found that, wow, chicken of the sea, Starkist, Bumble Bee, the biggest names in canned tuna, were colluding alleged, according to these lawsuits that were filed.

So we’ve got a bunch of class actions that were filed. As you said, federal trade commission involved. We actually already have two executives who have pled guilty to colluding. The CEO has been indicted. I mean this is, this is, should be bigger news than it is, it is right now. Because this is huge when you have these huge companies that are getting nailed for colluding to keep consumer prices high.

Farron Cousins:                  Well, and what’s interesting to me is, you know, we talk a lot here on Ring of Fire about the fact that nobody ever goes to jail and no CEOs ever go and go to jail. They always work out some kind of sweetheart deal. But now we actually have a chance, a case, excuse me, where the CEO could possibly go to jail. And I think the big difference is, you know, we’re used to talking in, in much bigger terms. You know, when you have a Wall Street bank that rips off, you know, 100,000 people for their entire pension, you know, stealing millions or you know, the pharmaceutical industry charging us 20000% markup instead of a 1000% markup. But with the tuna prices here we’re dealing in, you know, maybe a dollar but typically a few cents.

But you spread those few cents across to a couple million people a day and it does add up to very real money here that these companies were raking in only because they were allegedly fixing prices with all the other companies. With their, you know, we’re not gonna advertise as much as long as you don’t. We’re going to match your prices. We’re going to keep everything the way it is. We’ll share business secrets with one another. Let’s just keep bilking people out of every few cents. And again, you know, maybe the consumer thinks, well, okay it was 10 cents a can for me. That’s not that big a deal, but that 10 cents a can apply to maybe 100 million people. That’s very real money that these companies were pulling in from this isn’t it?

Scott Hardy:                          Exactly. There is a lot of money at stake and this isn’t the first time that the canned tuna suppliers have gotten nailed with these lawsuits. We’ve covered a big class action that is still getting stuck in appeals right now. There was a big settlement from Starkist and other manufacturers that were all about overfilling the cans with water. So instead of having that can chockfull of tuna, they were putting more liquid in the can to give you less tuna, which again, shaved off pennies per can, but made a big difference to the tuna suppliers. That case is still going through the courts. That settlement is still go through the courts, so if you’re waiting for your Starkist tuna settlement, be patient.

Hopefully we’ll see some action from that within the next year. For the canned tuna and the fixed price, the price fixing that we’re seeing here, this one is going to be a fun one to watch. Especially as we see, will executives actually get sent to jail? And will they be sitting in jail next to somebody who goes, what are you in for? And he goes, Ah, raising the price of a can of tuna 15 cents. Doesn’t bode well.

Farron Cousins:                  Yeah. Well, listen, I, I think the big thing is consumers have to be aware of the fact that it’s not just, you know, getting ripped off $100 at a time. It really can be just a couple of cents each go around. Either way, corporations engage in this kind of behavior and I’m glad, very glad that the DOJ, the investigators and the lawyers here are taking this very seriously because there’s a lot of money at stake and hopefully it all finds its way back to the consumers. And for more information about this issue, follow the link in the description of this video. Head on over to Top Class Actions. And as always, while you’re there and make sure you have signed up for their weekly newsletter. Scott Hardy with Top Class Actions. Thank you very much for talking with us today.