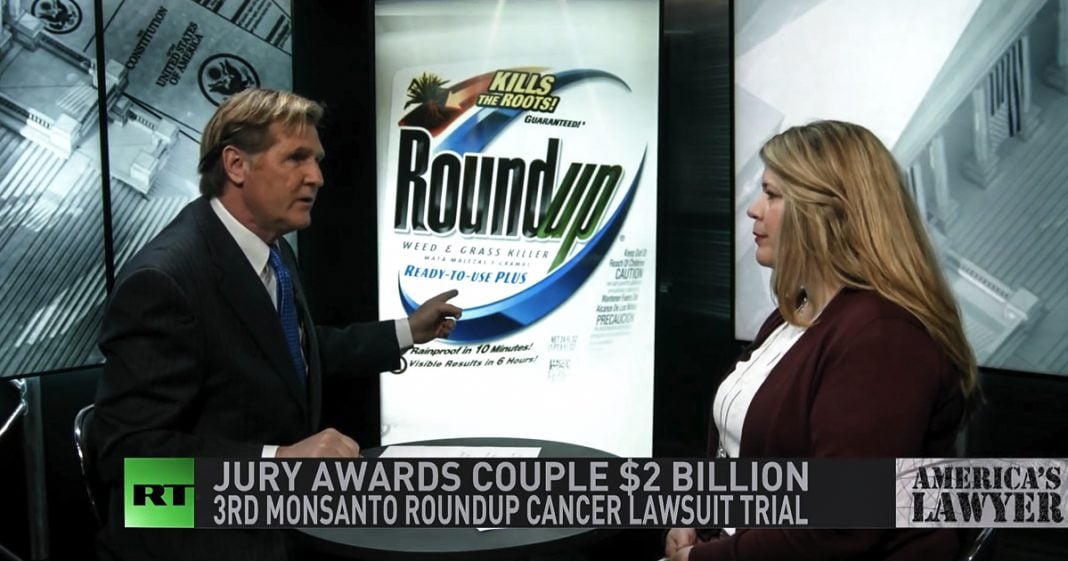 Via America’s Lawyer: Mike Papantonio is joined by RT Correspondent Brigida Santos to discuss how an alleged cult leader is accused of running a sex-cult pyramid scheme that enslaved women. Then, attorney Kim Adams joins Mike Papantonio to discuss the $2 billion verdict against Monsanto for the California couple with cancer over Roundup. Plus, the Trump administration has finalized a rule that will require drug companies to include the cost of their prescription drugs in their advertisements if that drug costs more than $35. Mike Papantonio explains more.