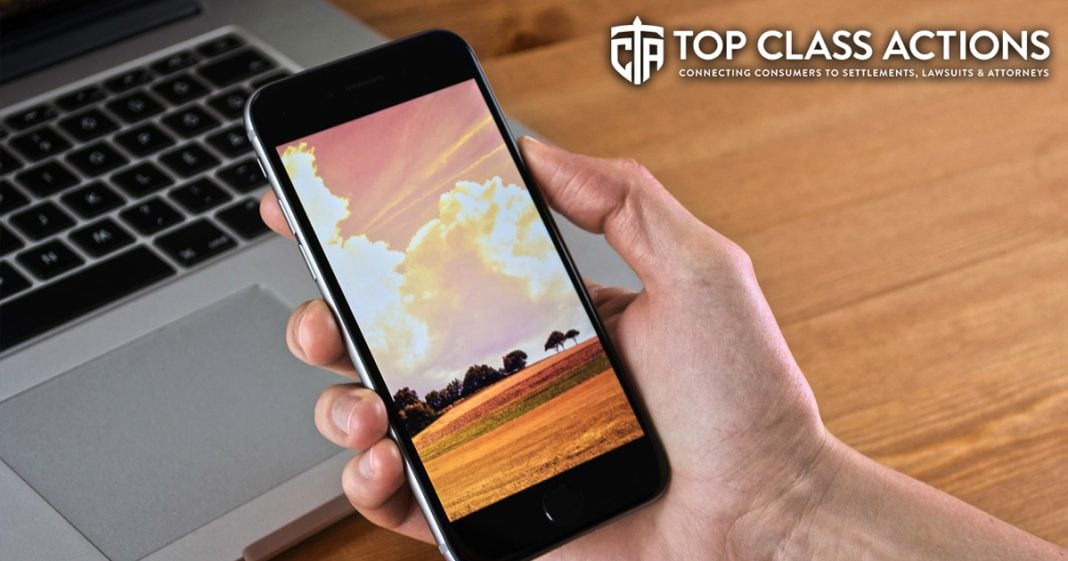 Several iPhone users recently filed a class action lawsuit against Apple claiming that the tech giant purposely impaired performance on older iPhone models. According to the iPhone class action lawsuit, Apple released updates designed to maintain performance in aging batteries, even though those updated would slow the phones down. As the iPhone batteries age, they reportedly degrade and provide less power. In order to ensure that older batteries provided the same usage time as a new battery, Apple allegedly released software updates to target the older iPhone devices. Although these updates were intended to improve performance, they allegedly caused older devices to have a slower processing time. Ring of Fire’s Farron Cousins discusses this with Scott Hardy from Top Class Actions.

Farron Cousins:                  For those of us who don’t rush out and buy the latest iPhone model every single year when they come out, we’ve all tended to notice that every year or so, once our phones get a little bit older, they start slowing down. And to be honest, some of that is expected with older technology, but according to recent investigations, including admissions from Apple itself, those slowdowns we’re experiencing might actually be by design. Joining me now to talk about this is Scott Hardy with Top Class Actions. Scott, this is the kind of story you’ve seen people talking about it for years saying, why is Apple’s gotta be doing something to slow this down? It’s a two year old iPhone. It’s still pretty good, but for some reason it’s just not working like it used to and according to the latest lawsuits, Apple is doing that intentionally. At least that’s what the plaintiff’s claim. Lay this one out for us.

Scott Hardy:                          Sure. It’s exactly like you said, is that people have always said, hey, what’s going on with my phone? I, you know, I just bought a new one but I gave this one to my kid. Or, you know, somebody is using this phone, it should still be working. These things are 1000 bucks new. We should get more than a year or two’s worth of use out of it. Well, according to this class action, Apple is intentionally slowing down these phones and they may be doing it for what could be deemed good reasons because what the class action states is that the longer you have an iPhone, the battery tends to degrade over time. We know this, this is something that happens with lithium batteries, so you get less time out of your battery the more you use it.

So after a few years, the class action states that Apple to make your battery last longer, even though it has degraded over two, three, four years, they power down the phones. They kind of, they, they end up ramping down the performance of the phone so you’re not pushing the battery as, as hard. So your battery life still lasts as long as it did when you first got it. But because your battery has degraded, it can’t pump out the power that it used to and you have this slower performance. And so that is why the plaintiffs are saying Apple is slowing down your phones. In theory Apple isn’t doing it to make you buy a new phone. But in practice the class action is saying that’s what happens.

Farron Cousins:                  Right. And you, you have had a lot of people over the years who do say like, oh well they’re just doing this because the new ones came out, they want me to get a new one. But typically what happens with Apple is those big new software updates come out when the new phone comes out. So there is that correlation. It’s not necessarily causation, it’s just the new operating system rolls out at the same time as the new phones. If you get pushed to that, if you, you know, accidentally click the yes install now instead of the install later button, which I have done plenty of times, then yeah, you’re going to get this new software, you’re going to get the alleged updates that are supposed to help your battery life.

But at the same time it’s going to really slow your device down. And when we talk about the lithium ion battery degradation, these batteries are also used in laptops. You know, they’re used in tablets, but we’re not seeing that same kind of degradation amongst those devices. At least not to the same degree. So personally, I don’t know that I buy Apple’s excuse of, well it’s a lithium ion battery. They just degrade over time. This is what happens. Okay, but it seems to be happening a lot more frequently and faster in your devices. Something doesn’t quite add up with that in my opinion here.

Scott Hardy:                          Right, exactly. It’s one of those things that, well, what you’re telling us, Apple, kind of makes sense, but you know, these aren’t the nickel cadmium batteries of the 90s and the early 2000s. That you knew after a year you’re going to have to get a new battery, that battery’s going to die. One of the wonderful things about lithium ion batteries is that they don’t degrade like their predecessors do. Sure there is some degradation, but it shouldn’t be to this extent. And when we see these big software updates get pushed out by Apple, like you said, we see it all the time, a major software update. All of a sudden we get flooded with submissions from people with older phones saying, my phone just got bricked now, or now it’s restarting more often than it used to.

Farron Cousins:                  And so for anybody who has these devices, has experienced these problems, it’s always a good idea; I know I’ve got a drawer filled with these right now and I know one of them happens to be a 6-S. So I’m going to be looking forward to seeing the progression here. You know, in the event there is any kind of settlement, because on that phone, again, just me personally, anecdotally, before I got a new phone, and the reason I got a new one was because you could watch the battery level on that phone and it was almost like it was just counting down. That’s how quick it would go. In real time, just boom, boom, boom.

So anybody who has one of these phones, I encourage you, follow the link in the description of this video. Head on over to Top Class Actions, get all the information and of course while you’re there, make sure you sign up for their weekly newsletter, Scott Hardy with Top Class Actions. Thank you very much for talking with us today.