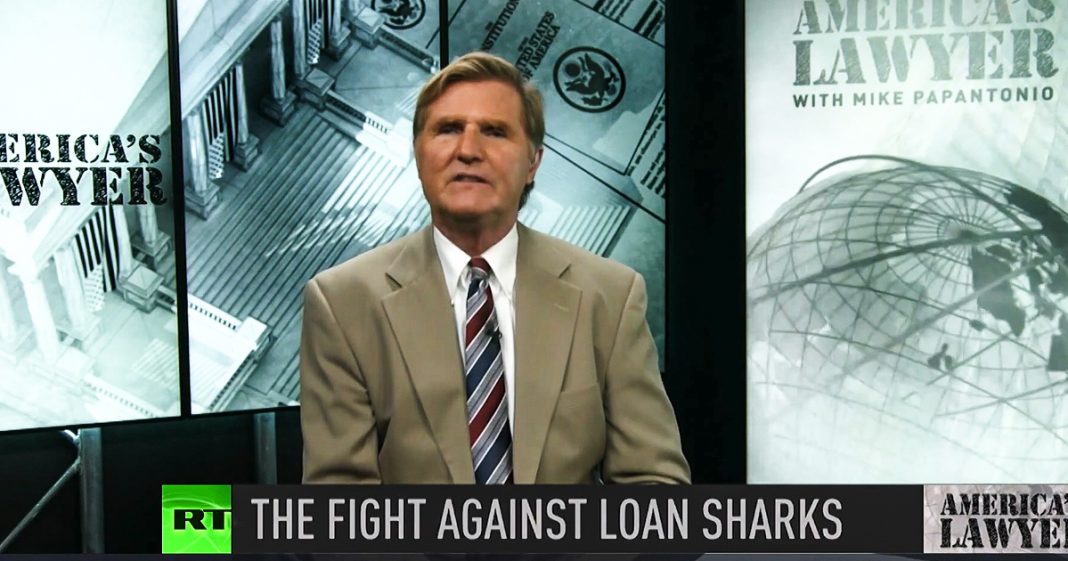 Via America’s Lawyer: While the federal government is working to ease the rules for payday lenders, the state of New York is cracking down hard on these predators. Mike Papantonio explains more.

And finally tonight, some good news. While the federal government is working to ease the rules for payday lenders, the state of New York is cracking down hard on these predators. New York financial regulators have announced a massive investigation into the payday loan industry for violating the laws by charging enormous interest rates. Payday lending is actually illegal in the state of New York, but several smaller lenders are believed to be making these loans to individuals while charging interest rates so high that the trapped borrower in an endless cycle of debt can never find their way out. This investigation can help free countless New York citizens from the grips of this industry and put an end to the payday lending industry in this state for good.

That’s all for tonight. Find us on Facebook @facebook.com/rtamericaslawyer. Also follow us on Twitter @americaslawyer. You can watch all RT America programs on Direct TV, Channel 321 and stream them live at youtube.com/rtamericaslawyer. I’m Mike Papantonio, and this is America’s Lawyer, where every week we’re going to tell you the stories that corporate media is ordered, not to tell because their advertisers order them not to tell those stories. Have a great night.