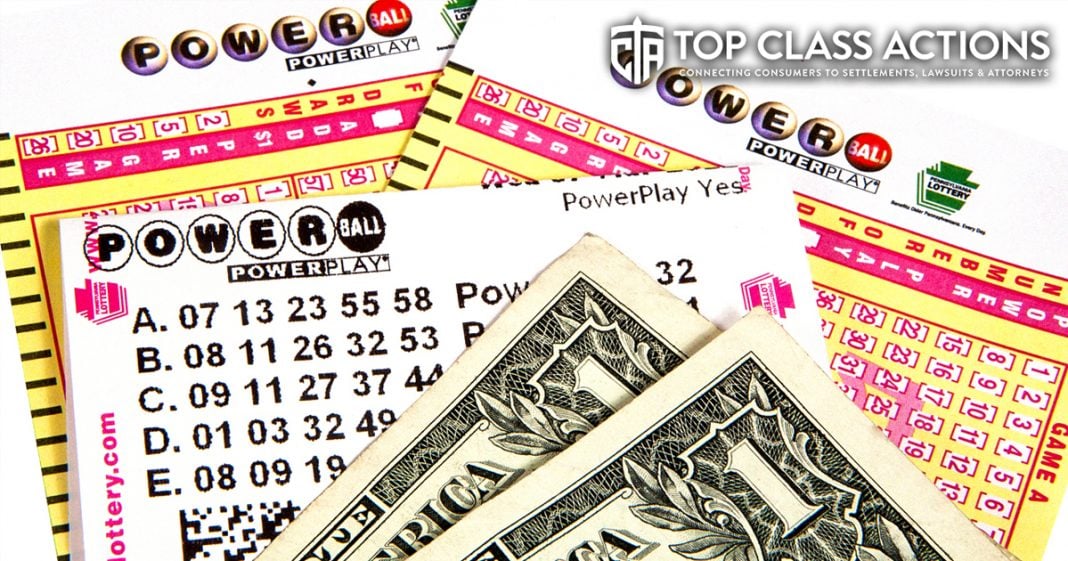 Millions of lottery players may get a share of a $4.3 million settlement with the Multi-State Lottery Association (MSLA) over claims of lotto rigging. The settlement, announced on July 22, was a result of a large scam operation perpetrated by Eddie Tipton, a former MSLA IT director. A class action lawsuit was filed in January 2017 by Dale Culler against the MSLA alleging that it did not prevent lottery games from being rigged, which then cheated hundreds of thousands of people from a chance of winning a jackpot prize. The lottery class action lawsuit claimed that Tipton installed software on the generators which picked the random numbers, which stopped them from producing true random numbers. Ring of Fire’s Farron Cousins discusses this with Scott Hardy from Top Class Actions.

Farron Cousins:                  Recently, a settlement was announced from the Multi-State Lottery Association that actually had been years in the making. And it involves a story that is basically ripped right out of the headlines from Hollywood. Joining me to explain what happened in this story is Scott Hardy from Top Class Actions. And Scott, before we talk about the numbers on this settlement, I want you to tell everybody the story of this lottery rigging employee, because again, this sounds like it’s an upcoming Hollywood movie about a lottery heist, but this was real life. Tell us what this guy did.

Scott Hardy:                          Well, so this is, this is one of those things that you would think about. You’d say, man, I wonder if somebody could do this. And you had the director of the IT team, the director of IT for the Multi-State Lottery Association that talked with his brother and said, hey, I think that I can actually change the software for these lottery, for these different lotteries and make it so that we are a guaranteed winner. And they did. They went ahead and he, he, he made the changes to the software. His, his cohort, his partner in crime bought the ticket and won $16 million. Wow. So they rigged it. They won, but then they got caught and now that guy got 25 years as his sentence, 25 years for rigging a lottery.

Now, from a criminal defense perspective, I have to think that that sentence will be overturned because thankfully he didn’t murder anyone. And, you know, the yes people were, were potentially, they, they, well they didn’t even lose because if you won, then you would’ve gotten a share. But, you know, this guy just rigged the system so those numbers popped up. I can’t see this guy spending 25 years in jail for it. But who knows? You know, if he doesn’t have a good defense lawyer, and of course he wasn’t able to keep that $16 million to get a good defense lawyer, he might be stuck.

Farron Cousins:                  You know, and it’s really interesting too, because a lot of people would think, okay, this guy rigged the lottery. He won the lottery. He got caught. He goes to jail. That’s the end of it, right? I mean, where, where would a lawsuit come from? And that’s what strikes me as so brilliant really about this class action lawsuit because you have people who were affected in these particular lotteries that were rigged. They bought tickets thinking I have a shot. I mean, the lottery itself says you have a one in however many hundreds of millions chance of winning.

But because of this IT director changing the program, your odds of winning were now zero. So these people bought tickets, you know, a dollar, a hundred dollars. You know, some people do go out there and spend massive amounts of money on this only to later find out after this story breaks that they had been robbed of their chance of winning. They had been duped, they paid the money, and now they want their money back and now they might actually get it back. Correct?

Scott Hardy:                          Right. Well, and the thing is, they did have a chance, a very small chance of winning. They just had to have picked the same numbers that the, Eddie Tipton, the former Multi-State Lottery Association IT director picked. If they picked those numbers, then they would have also won a portion of that $16 million. But of course they, they didn’t. And what, what isn’t clear from this is how they got caught. Did somebody come forward? Did, did they do it too often? Because Tipton worked alongside his brother and a friend to rig the software.

And so on three specific days they had nine rigged drawings between November, 2005 and May, 2013. So most likely they got caught because they kept returning to the well to get paid and to, to do this. Otherwise, if they just did this once, we probably would never know.

Farron Cousins:                  Exactly, you know, it would have been just an odd coincidence that the IT director, his brother purchased a winning ticket, you know, hey, weird things happen sometimes. But, you know, that that’s kind of how it works with people who are a little bit greedy is that it’s never enough. You know, why don’t we try this again? What if, what if we just do it one more time? You know, one more time. Then we’re good to go. And you always end up getting caught, you know. There’s very few stories out there of successful burglars who go through their entire career stealing from people without ever getting eventually caught.

And ,you know, that’s kind of what this is, this, this is a little bit of more of a high tech burglary here. They may not have been able to guarantee that they were going to win, but what they were trying to do was guarantee that nobody else would win in this particular instance.

Farron Cousins:                  Absolutely. For more information about this story, follow the link in the description of this video. And as Scott pointed out, since we do not yet have forms for people to fill out, I recommend you not only go to the link, but bookmark it for now. Save it in a document somewhere so that you can come back to it later once we do have that info. Scott Hardy, Top Class Actions. Thank you very much for telling us this story.