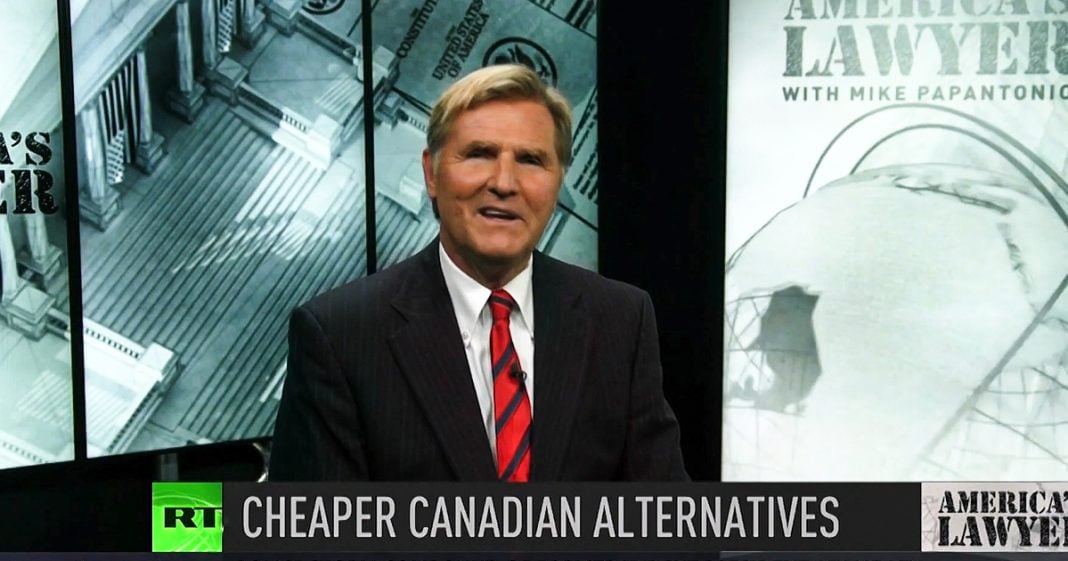 Via America’s Lawyer: Cheaper prescription drugs could soon be headed to the United States, thanks to a new rule from the Trump administration. Mike Papantonio explains more.

And finally tonight, some good news. Cheaper prescription drugs could soon be headed to the United States, thanks to a new rule from the Trump administration. Yes, you heard it right, the Trump administration. The new plan that was unveiled last week would allow pharmacies, wholesalers, and distributors to import drugs from Canada. As long as those drugs went through similar testing processes, just like they do in the United States. Drug companies would also be allowed to import their own drugs to sell at a discounted rate, but the chances of the industry voluntarily reducing their own prices are virtually less than zero.

This move by the administration mirrors legislation that failed in Congress last year when a group of Republicans and Democrats, the Democrats were led by Cory Booker and most of them receive massive campaign donations in exchange for deciding to stall legislation that would have allowed the importation of drugs from Canada. The Trump administration understands that drug costs are a huge political issue right now, and if they can take the lead on lowering prices, they’re certainly gonna score a major political victory heading into next year’s general election. That’s something that the Democrats, again, don’t seem to understand.

That’s all for tonight. Find us on Facebook @facebook.com/rtamericaslawyer. Also follow us on Twitter @americaslawyer. You can watch all RT America programs on direct TV, Channel 321 and stream them live at youtube.com/rtamerica. I’m Mike Papantonio, and this is America’s Lawyer, where every week we tell you the stories that corporate media is ordered not to tell because their advertisers simply won’t let them. Have a great night.