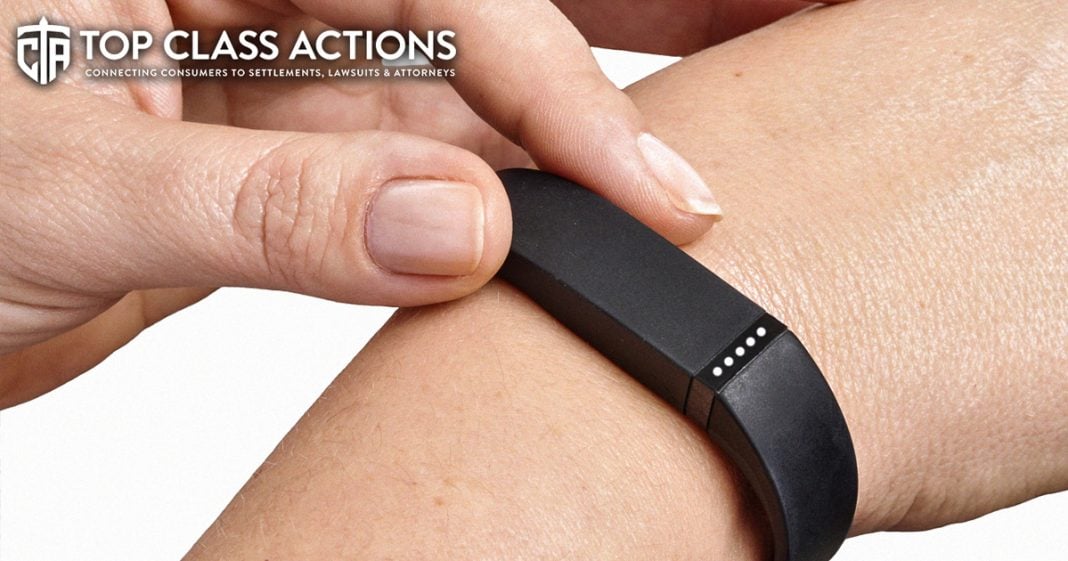 A class action lawsuit recently removed to federal court claims that Fitbit bands pop off too easily. The Fitbit class action lawsuit was filed by Baron Willis who says that for years, Fitbits had a design defect that caused the fitness bands to “regularly pop off the consumer’s wrists.” Allegedly, the company knew of should have known of the problem but failed to correct the defect and continued to sell the products to consumers without notifying them of the defect. Ring of Fire’s Farron Cousins discusses this with Scott Hardy from Top Class Actions.

Farron Cousins:                  In just the last few years, wearable technology has become one of the hottest things on the tech market. Whether it’s your smartwatch or maybe even just a fitbit device to track your steps, monitor your heart rate, and keep track of your activity. People more and more are turning to this wearable tech, but in some instances this tech may not be all that it’s cracked up to be. And I have Scott Hardy from Top Class Actions with me to tell us what’s happening. And Scott, of course, I am talking about fitbit and what we’re seeing right now according to a new class action, is that the bands on these fitbit’s these little devices that in many instances can cost well over $100 they’re just popping off and people can lose them because they don’t notice immediately that the band popped off. Seems pretty clear cut here. I mean, I think this is something that companies should have known about, isn’t it?

And then you look down, oh, you’re $150 wearable fitness tracker is gone. And finally that’s what’s happened with this plaintiff who filed this class action as he said. Yeah, it popped off. I’d go in a year later, I get a new one, have the same problem, go in a year later, get a new one, have the same problem. Oh now I lost it and the class action was filed. So, so far we’ve had 26 shares of this article, more than 280 comments. And so that means that there are a lot of people out there that are experiencing the exact same problem as this plaintiff is alleging.

Farron Cousins:                  Right, and when you look at, you know, technology like this with the fitbit, it’s nothing too complicated. You know, still very far advanced from what you could have seen, you know, 10 years ago. But it is all mass produced. It is made to be produced as quickly as possible and as cheaply as possible to make as much of a profit as possible for the company. And so when you hit a snag, say as you pointed out, maybe the latching mechanism does not work properly. By the time you realize this or by the time consumers realize this is actually the key there.

You’ve already sold, you know, half a million, a million of these things. So you’ve got those floating out there. So you as a company, what do you do? Do you issue a recall for half a million fitbit’s? Maybe not all of them are even going to experience the problem or do you just stay quiet and hope that nobody notices and maybe if they lose it, hey, then they’ll just buy another one. So that’s even more money back in our pockets. You know, and again, that’s not just the mentality of fitbit. We’ve seen that in too many corporations to count over the last hundred years in this company that just kind of the way they do business these days. And that’s why lawsuits like this are so important because it’s the only way to force them to do the right thing.

Scott Hardy:                          Right. It seems like some of these companies just view these devices as almost disposable. They expect you to buy it, wear it for a year, and then get their new model. Get the newest model that gives you more charging or that, that gives you more battery life that get, that monitors your heart rate. But unfortunately, you know, it’s, it is a twofold problem. One, if it unlatches the, you know, yes, you could lose the device. Two, if it’s constantly unlatching then you are not going to be able to get a good, a true monitoring of your actual workouts of your, just your steps of walking around. If you have to keep re-clasping that on your wrist, then, you know, you’re, you’re, you’re missing steps. You’re not having a true idea of the health benefits that you’re trying to gain by being more active, which is one of the reasons this class action was filed.

Farron Cousins:                  And the, the user, the, the plaintiff, excuse me, who said he had been using these devices, returned it multiple times, got a different model each time he returned it. They all seem to have the same problem. He also said that he was using it as, as directed essentially. You know, he did not go outside the parameters of what was allowed with the device. He did not put it through unnecessary or unusual stress. This was just from average usage based on what the product says you can use it for. So that’s another big part of it. He wasn’t doing anything over the top, you know, not banging it on the side of a mountain as he’s climbing up. No, this was just average. I’m wearing it to walk, to jog, to work out, to swim, which is what these devices are made to withstand. And according to this lawsuit, they couldn’t withstand hardly any of it without coming unlatched.

Farron Cousins:                  Absolutely. For more information about this issue, follow the link in the description of this video, head to Top Class Actions, and while you’re there, make sure you sign up for their weekly newsletter, get all these stories and more delivered directly to your inbox. Scott Hardy with Top Class Actions. Thank you very much for talking with us today.