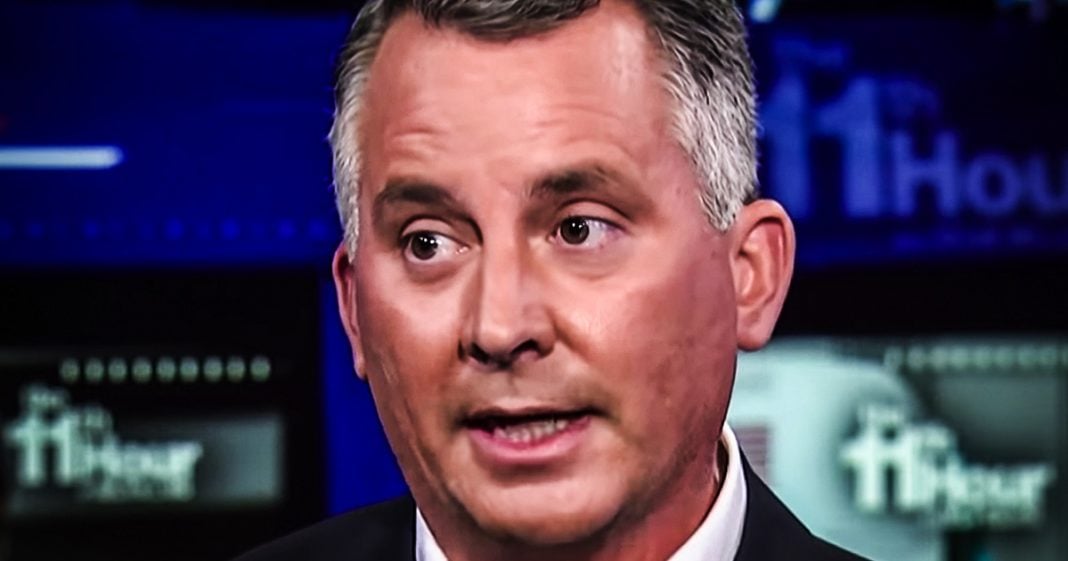 Former Republican Representative David Jolly has some advice for the American public: Vote every single Republican out of office in the next election. Jolly didn’t mince words during an interview earlier this week where he made those comments, and he’s 100% correct about how to fix this country. Republicans are standing in the way of progress on so many issues, and the only way to move forward is to leave them behind. Ring of Fire’s Farron Cousins discusses this.

Former Republican member of the US House of Representatives, David Jolly went on MSNBC earlier this week to tell us that time is up for the Republican Party and that if we want to have any real change in this country on issues that matter, for example, gun control, then it’s time to vote them out. But not just in the sense of yeah, we got to vote them out. No, David Jolly, who again was a Republican member of the U.S. House of Representatives from the state of Florida had this to say, if this is the issue that informs your ideology as a voter, the strength to draw in this moment is to commit to beating Republicans. Beat him, beat every single one of them, even the safe ones in the house, beat him, beat him in the Senate, take back the Senate. So this former Republican lawmakers out there understanding that Republicans in the House, Republicans in the Senate and Republicans in the White House aren’t going to let this country move forward and enact the laws that we need to enact.

Now Jolly specifically here is talking about the issue of gun control, but it applies to everything. Folks. Think about student loan forgiveness, Debt Free College, Medicare for all action on climate change. You can plug in your own issue into David Jolly statement here where he says, if this is the issue that informs your ideology, it could be climate change, it could be Medicare for All or debt free college. His statement still rings true and that’s why I love this statement so much. It’s a choose your own adventure, reason to beat every single republican because they are the ones holding this country back from progress holding us back from true greatness, holding us back from being a country that actually gives a damn about the person next to you. We know Republicans don’t. They don’t care if you don’t have enough money to help fund their campaign, they don’t care about you and they’re not going to going to enact legislation that is going to benefit you. Think about this long and hard folks as we get into the election, as things heat up because they’re heating up more and more every day in your lifetime, what policy have the Republican’s and acted that has benefited you?