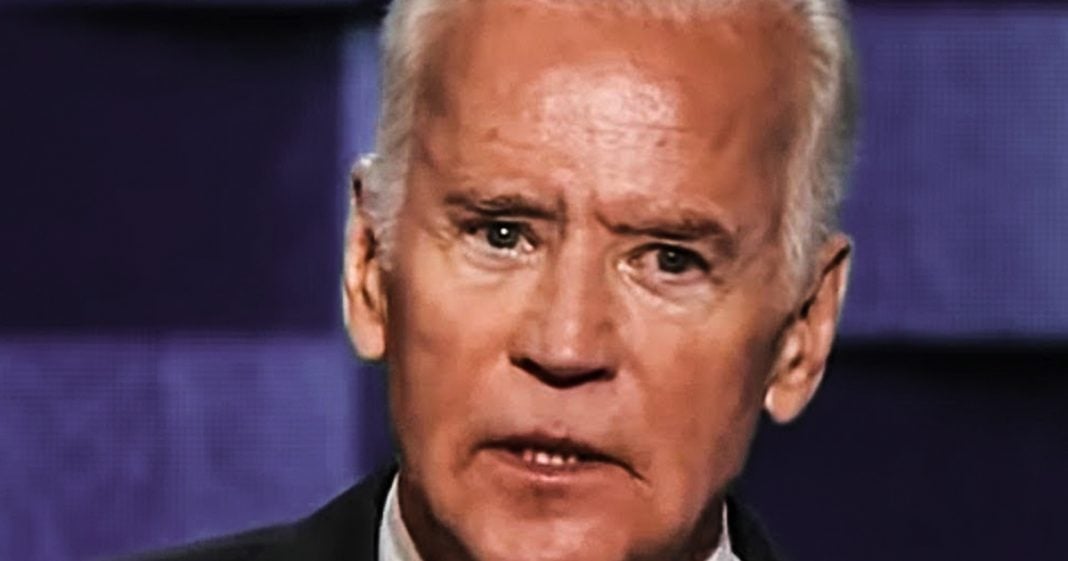 Joe Biden once again insulted an entire generation of Americans this past weekend when he said that Millennials complain too much and that they should get up and do something about the problems in the world. The problem Joe has is that he doesn’t understand that the youth of this country, and around the globe, are the ONLY ones actively working to fix the problems that Joe’s generation created for us. Ring of Fire’s Farron Cousins discusses this.

This past weekend, Joe Biden, once again, double down on his comments from January of 2018 where he basically said that he has no empathy for millennials. And then this past weekend at the AFSCME, a forum he wants again, told us that millennials complain too much. Millennials are a little too whiny and you just need to kind of shut up and do something. Go out there and get active here is exactly what he said. He said,

And I’m gonna come back to that little part of it in a second. Then he continues. He says,

Joe Biden says, Joe, who the hell do you think is out there leading the charge right now on gun control? Because it sure isn’t. You and your generation, it’s the students from Parkland who is out there leading the charge on climate change. It’s not the boomers, Joe. It’s the millennials, the ones who are fighting a year’s long court battle to force the federal government to take action on the issue. Our children’s trust. It’s people like Greta Thunberg out there telling us, please do something about this to protect our future. It’s the sunrise movement working with, hey, the youngest members of Congress to get something done about the issue of climate change. For you to sit there again and say that millennials are too whiny and too lazy to go out there and actually do something.

I hope that statement costs you this election. I hope it costs you the primary, actually not the election, the primary. I don’t want to see you make it past these primaries anymore. I don’t even want to see you make it to Iowa. I want you to drop out now. You’re a condescending piece of crap. Basically. That’s what you are, Joe and yeah. Your statement here pissed me off because we have an amazing young generation of activists here in this country who are trying to do more than you have ever done, and as you said, my generation did it. I know you were talking about getting active, which is actually not even true. Your generation did this to us is a more accurate rate or way to read that statement from you. You did this. We are saddled with over $1 trillion in student loan debt, Joe, that you personally helped create this problem. You, your name is on this legislation that deregulated this. You did this to us and we’re having to pick up the pieces and you know what? It sucks and it’s hard work. So we might complain a little bit along the way. We might get a little bit annoyed at you for doing this to us, but we’re still out there trying to fix it. We’re still out there trying to make things right so that everyone can have a better future.

You don’t deserve to be the president of the United States. You don’t get to sit there and denigrate an entire generation of people and falsely accused them of doing nothing about the problems where they’re actually leading the charge. Joe. Not only does that show that you don’t understand, it shows that you’re not paying attention, and if you’re not going to pay attention, if you don’t know who the real allies are fighting for a better world, then no, you don’t deserve to move any forward any more forward in these primaries. You don’t deserve anybody else’s money and you certainly don’t deserve anyone’s vote. That is the message I want to send to Joe Biden. You did this. We’re the ones picking up the mess.