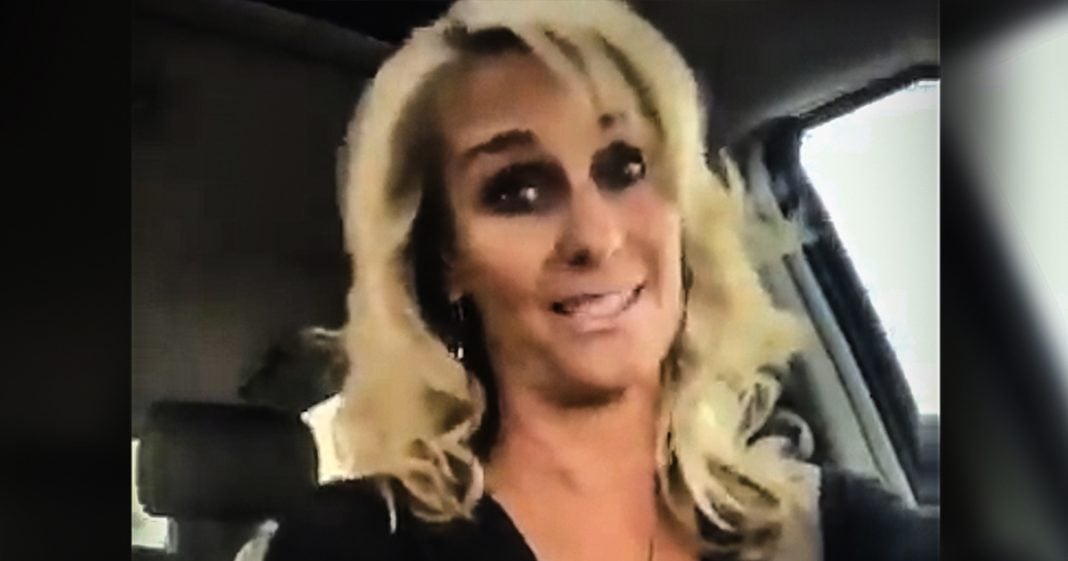 Travis View, the host of QAnonAnonymous posted a video from a purported follower of the QAnon conspiracy theory where she goes on a delusional rant about what “Q” is and how only “Q” knows the truth. The entire video played out like a cult recruitment video, and when you look at the crazy things the Q people believe, it isn’t hard to classify them as a cult. Ring of Fire’s Farron Cousins discusses this.

Uh, there’s a viral video going around Twitter right now over woman explaining while driving her vehicle exactly who and what QAnon is all about. And this video was originally shared, I believe as a Travis view, the co-host of QAnon Anonymous and really the video speaks for itself. Here it is.

“I remember this moment. Please remember where you were and the circumstances. The very first time you ever asked who or what is Q. And here’s why. Q is you and Q is me. Q is logic. Q is a plan to save the world. Q is not a secret, but Q is secretive. Carefully crafted. Secret education. That anyone can have access to. Q One day will be in every history book. Q is the best thing that’s ever happened to you. So remember. Remember this moment. Permanently.”

Now I know she’s trying to explain to everybody what exactly Q is, but it really comes off as more of a recruitment video for a dangerous cult. And to be honest, QAnon is not that far off from being a very dangerous cult. Q is you Q is me, Q is All of us. Q is a secret education that you cannot obtain, but we will give it to you if you so choose to follow us. Folks, follow us into the light, see the reality, take your blinders off and embrace the Q. Here’s the thing folks. I don’t know if, uh, some folks out there old enough to remember the Heaven’s Gate, uh, I forget that guy’s name, but a real creepy guy would go on TV, never blink by the way, and tell his followers to come with him, follow him. The spaceship traveling behind the Hale–Bopp comment was going to take us all the way to a better place. This is just the latest incarnation of that, right? The Jonestown folk, it’s the latest incarnation of that. That is what Q is. That she didn’t explain in the video, and by the way, Travis has also pointed out that he interviewed this woman at the 4th of July event and she claimed in that she was a family doctor, a doctor.

This woman went to medical school, this woman diagnosis people for a living and prescribed the medicine and she’s sitting in her car while again, while driving, by the way, making this video, looking at the camera instead of at the road in front of her telling us that we all just need to accept Q into our lives and then Q is going to show us the truth. Q is nothing but a bunch of conspiracy theories about some kind of global ring of pedophiles that doesn’t actually exist or these people helped push that pizzagate conspiracy that nearly got people killed. They also believed that Robert Mueller was not in fact appointed to investigate Russian collusion. He was appointed by Trump to investigate Obama and Hillary and John Podesta and all that group as well as John McCain. That’s why John McCain spoke out against Donald Trump. He knew he was being investigated and was on the ropes. This is not normal behavior. These are dangerous followers who don’t know that they’re being duped. They don’t even know who is duping them. And that’s the craziest part of all of this is woman did this video to explain who Q is and all she did was tell us that Q is really just the friends we made along the way. Now Q is a group of people who are completely disconnected from reality and should not under any circumstances be taken seriously.