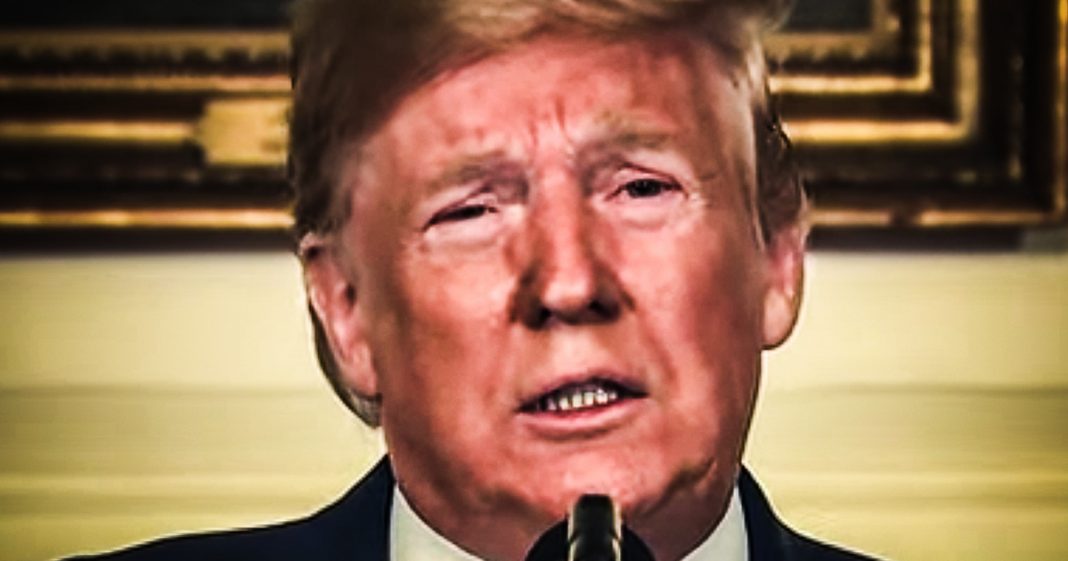 Trump may have gotten credit for reading nice words off a Teleprompter earlier this week, but the truth is that he’s just as horrible as he was a week ago. His campaign has announced that they won’t stop using derogatory, anti-immigrant rhetoric in their ads and at rallies, because they believe that language is the “truth.” Ring of Fire’s Farron Cousins discusses this.

Well, good news, ladies and gentlemen, the Trump administration and the Trump campaign and Fox News by extension have apparently learned absolutely nothing after the atrocities of this past weekend because on Tuesday, the Trump campaign told The New York Times that, no, we’re not going to stop using the word invasion to describe what’s happening down at the southern border because it’s factually accurate. Here is the exact quote by the president’s campaign, communications director, Tim Murtaugh, and he had this to say to The New York Times.

“At any given moment, there are 100,000 migrants making their way through Mexico to attempt to break our immigration laws… By objecting to an accurate description of the situation, Democrats and the media are trying to make it impossible to oppose illegal immigration without being called racist.”

Literally, nothing that that man said was true. There are not, at any given time, at least 100,000 people traveling through Mexico trying to break our immigration laws. That is a lie, and it’s a lie that this administration has been peddling since long before Donald Trump even won his first primary, and that’s what this is about. These idiots are actually trying to make the 2020 election identical to the 2016 election because it worked out so well for them to begin with. Right? That was a winning strategy in 2016 it was never true, but they conned enough people into believing it was. Well, by the time the 2020 election rolls around, this is going to be an absolute losing strategy. Yeah, you’re going to get people like Ann Coulter riled up and her little followers are going to vote for Trump, but that’s not going to be enough to carry these Midwest states that now understand that, wait a minute, this whole thing was a lie. We need immigrants. A majority of people in this country see immigration as a net good for the country.

They like it, and as we found out increasingly over the last two and a half years, corporations actually depend on it. Everybody from the big conglomerates to the small business owner with three employees running along service business, they’re actually finding it nearly impossible to do their jobs because Donald Trump has cracked down on immigration. He’s cut back on the number of a work visa is going out and businesses are having to close their doors, but more importantly, they’re still going to use this dangerous rhetoric that we know for a fact contributed to deaths over this past weekend and they don’t care. Fox & Friends is also still been using that word invasion with Brian Kilmeade going as far as to saying what? It’s not a bad word. It’s accurate. It’s not accurate. It is absolutely racist and dehumanizing and disgusting, and now we know straight from their mouths that they’re never going to stop using that word.