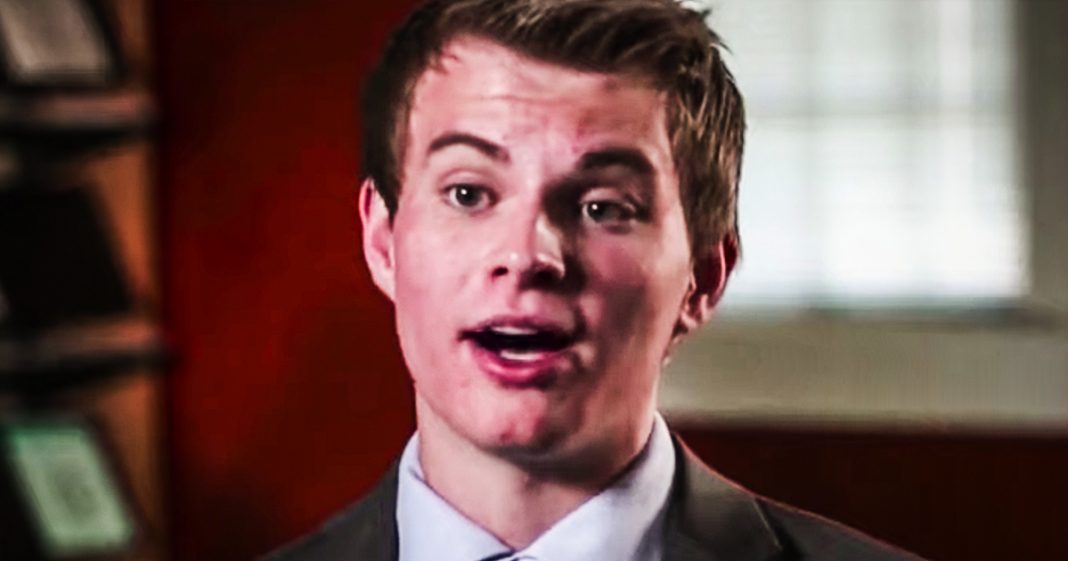 John Lambert, the 23-year old founder of Students For Trump, pleaded guilty earlier this week to fraudulently posing as a lawyer and selling legal advice to “clients” for roughly $46,000. He’ll be sentenced in a few months, but his downfall shows just how far the Trump grift really goes as it extends far beyond the President himself to those simply using his name to make a buck. Ring of Fire’s Farron Cousins discusses this.

On Tuesday of this week a man by the name of John Lambert, a 23 year old who several years ago co-founded the Students for Trump organization, on Tuesday pleaded guilty to running a forty six thousand dollar fraud scheme where he with the help of an unnamed accomplice posed as a lawyer for two years scamming people by giving them fraudulent legal advice. Now Mr. Lambert operated his little scheme out of his home in North Carolina but the scheme itself. The lawyer he was pretending to be was based out of New York City. They created a fake website. It was the law firm of Pope & Dunn they created and he,

“…claimed to be Eric Pope, a graduate of NYU Law School with a finance degree from the University of Pennsylvania and 15 years of experience in corporate and patent law…”

This was a fraud scheme that was carried out over the course of two years pretending to be a lawyer when the kid has never stepped foot in a law school. He needs to be punished hard. He needs to understand that you can’t just make a sweetheart plea agreement every time you get in trouble and not have to face real consequences. Sure he could appeal that ruling if he wants but he’s going to have to appeal it from a prison cell and it’s likely not going to go very far on appeal. But the big part of the story obviously that’s gathered to a lot of attention is the fact that this guy was the co-founder of the Students for Trump organization which has now apparently been acquired by Turning Point USA.

So what is it? I have to ask what is it about all of these people associating themselves with Trump that makes them turn into complete fraudsters. Sadly this is not the first story of this week where some kind of Donald Trump supporter has gotten in trouble for defrauding members of the public. Just two days ago we were sitting here talking about the guy from the We Build the wall group that has also been scamming people out of this guy millions of dollars Students for Trump guy couldn’t even break one hundred thousand I’m sure he wanted to. But why are all these people who are using Trump’s name out there being basically in this case prosecuted for being grifters. And it’s simple.

They have a role model who is also a con man. And that is Donald Trump. And they saw what he did to the public fleeced them absolutely lied to them during the campaign lies to them every single day and it works. So these people decided you know what. I bet I can cash in on this too I’m going to do this. I am going to bilk people out of thousands of dollars because the president can do it. And if he can do it why can’t I? That is the mindset of these little Trump grifters that unfortunately seem to be popping up all over the place all the time.