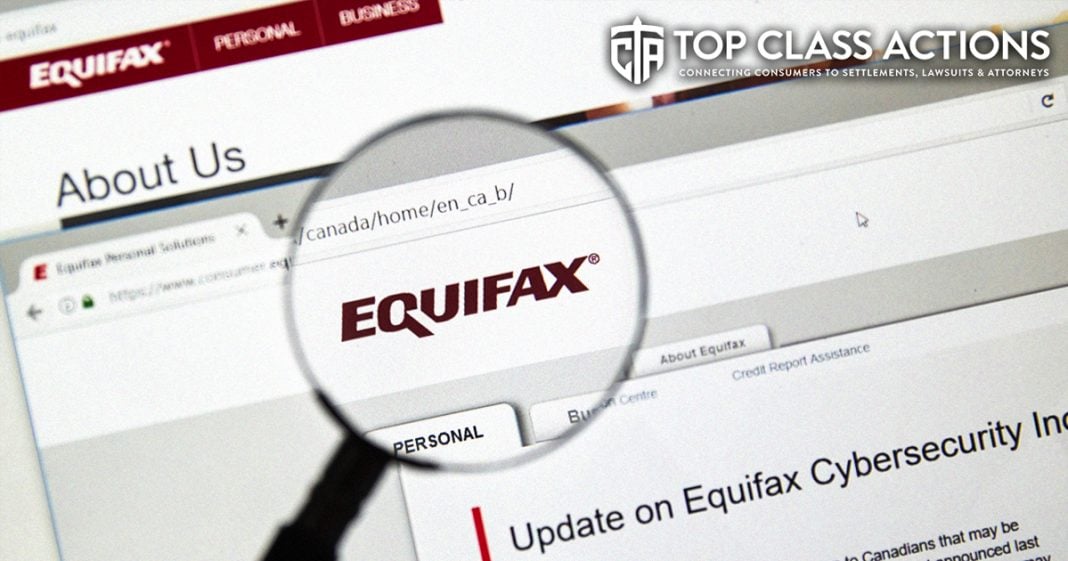 Due to overwhelming interest from claimants, the Equifax data breach class action settlement will reportedly be paying out significantly less than $125, according to the Federal Trade Commission. When the credit bureau announced their $380.5 million settlement to resolve data breach claims, the cash award from the settlement was estimated to be $125 per claimant. However, an unexpected number of consumers have already filed claims for cash payments with the settlement, which will reportedly cause individual payments to be reduced. Ring of Fire’s Farron Cousins discusses this with Scott Hardy from Top Class Actions.

Farron Cousins:                  Recently, it was announced that the Equifax settlement had been reached, the money was available. People could start submitting their claims and get a check worth $125. Unfortunately, due to the fact that this data breach from Equifax affected 147 million people here in the United States, those checks are going to end up being a lot smaller than $125. Joining me now to talk about this is Scott Hardy with Top Class Actions. Scott, we had talked about this, or we here at Ring of Fire had actually discussed this, said, listen, you know you can get $125, still a relatively low amount and that was actually just a few days ago. And now we’re finding out that people probably aren’t even getting $125. What’s happening with this?

Scott Hardy:                          No, it’s really sad because you have this great settlement at face value. You look at this settlement and you say, okay, this settlements were $380 million. This is awesome for consumers. I just saw the headline, my team mentioned it to me. I didn’t dig into it, but then I sort of commented with a bunch of friends saying, hey guys, this is great. If you’re included, you get $125 back. If you called your credit card companies and your banks, you could bill 25 bucks an hour for that. As long as you don’t claim more than 10 hours of work, and the average person probably went ahead, made some phone calls, spent some time online.

I though, man, you know, average Joe should be able to claim anywhere from $200 to $300 plus dollars with very minimal fuss. This is awesome. It’s a $200 or $380 million. What’s the big deal? But unfortunately that’s just not the case. Unfortunately, that cash prize, so to speak, is only $31 million. That’s a very small pot to pay of out all of these claims that they’re getting, and of course it’s going to be much less than $125 million. But Farron, the worst part about this settlement is it doesn’t really do much to Equifax. It doesn’t.

There’s this big settlement, but that $380 million goes back into the pocket of Equifax because they’re taking the money out to pay for all of the credit monitoring services and then they are charging the FTC to do it. So Equifax really isn’t losing much at all from this settlement. Yeah, they’re going to pay out $30 million for this claim and if you suffered damages and you can verify those damages and send in your credit card statements for that identity theft, they will pay you back for that. But it’s not even close to $380 million that they’re out. They’re just going to get paid that right back from the FTC, which in my opinion is a really bogus type of settlement.

Farron Cousins:                  Yeah, the, the, this is nuts. I mean the, there’s really no other way to classify that. If settlement is $380 million, but they only have to pay out $30 then they’re essentially just saving right off the top $350 million that they earn back because they’re the ones gonna do the credit monitoring. Even though they obviously screwed that up so well the first time. We’re supposed to trust them now that okay, yeah, we know you messed up. We know you’re kind of getting good publicity for this massive settlement, but none of it’s real. I mean, none of this is actually real. This $380 million settlement shouldn’t even be in the headlines.

And when you think about what happens to people who have their data leaked, you know, potentially have their identity stolen, that is worth well over $125 or less dollars. But, but that’s the reality we’re looking at here. And part of it is because most people who sign up for this, they don’t want to Equifax to do their credit monitoring. They would rather get money in their pockets. And they were, as they said, kind of overwhelmed with the number of people who said, no, don’t monitor my credit, please just give me money. So, so that’s another reason here, why we’re seeing these lower numbers, isn’t it?

Scott Hardy:                          Right, exactly. And it’s really a bogus excuse from Equifax’s part of to say, we had no idea that there’d be so many claims. Of course you did. That’s why only, why you only made that settlement fund $30 million, $31 million bucks because you knew there were going to be a lot of claims. And so it’s, it kind of goes to show, I think the attitude of this administration, because of course the FTC who bows to the administration’s policies, is very, very, very, very, very big donor, big business friendly. And so they want to take care of Equifax so Equifax takes care of them.

And when you have that in mind, you can see how they can pat themselves. The FTC, pen folks can pat themselves on the back and say, we have a $380 million settlement. But it’s all just mirrors, smoke and mirrors to, to, to put that money back in Equifax’s pocket and not into the pockets of the consumers who were impacted.

Farron Cousins:                  Absolutely. And not to mention the fact that, you know, most credit cards today, most most bank accounts actually do offer some form of credit monitoring. So most of these people who do qualify for this settlement, they already have that in some form or fashion. Maybe not to the extent that Equifax would do it, but probably with a company that’s a little bit more trustworthy and can better handle your data than Equifax did. And the other kicker here to me though about this whole Equifax story is that most people didn’t even know that Equifax was doing any kind of, you know, monitoring of their credit to begin with.

Scott Hardy:                          Exactly. You know, I had friends that were sitting there saying, should I get the free credit monitoring? I told them the exact same thing you just said, which was you already have it. You know, I just got a note from American Express saying, hey, we think your card, your card might, number might be out there in the ether again, so we sent you a new card. You know all of your different credit card companies and your banks are actively monitoring these things. If you’re worried about it actually, you know, absolutely, get, go to creditkarma.com they’ll do it for free. But you don’t necessarily have to go ahead and pay for this. You should be able to get some cash back in your pocket. Will it be $125 unfortunately, no, but hopefully it’s something.

Farron Cousins:                  Absolutely. For more information about this particular settlement, follow the link in the description of this video. Head on over to Top Class Actions and while you’re there, make sure you sign up for the top class actions weekly newsletter. Scott Hardy with Top Class Actions. Always a pleasure talking to you. Thank you.