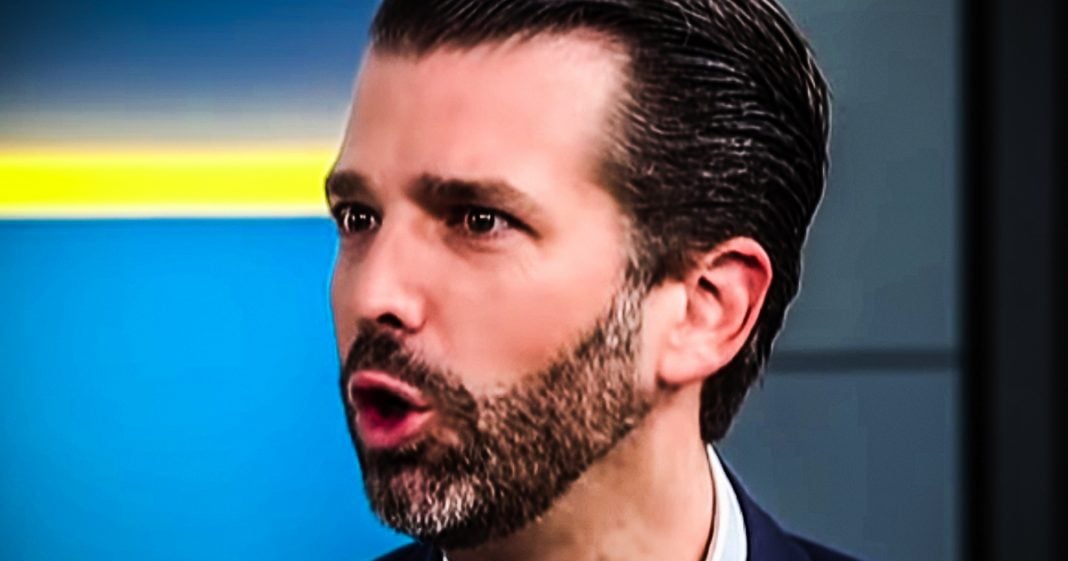 Joaquin Castro, Democratic Representative from Texas, tweeted out a small list of companies that are donating to Donald Trump. This didn’t sit too well with right wingers, particularly Donald Trump, Jr., who went on Fox & Friends and accused Castro of inciting violence against these businesses. This information is publicly available to those who take the time to look, and there’s nothing wrong with transparency. Ring of Fire’s Farron Cousins discusses this.

On Wednesday morning, Donald Trump Jr. went on Fox and friends to tell the hosts on that couch how mad he was at walking Castro from Texas who tweeted out a list of some of the, uh, Texas businesses donating money to Donald Trump’s presidential campaign. Donald Trump Jr. was absolutely fuming because he believes that tweeting out this information is basically doxing, these companies and could result in people becoming violent against the business owners. Here’s what he had to say. He said,

“I’ve seen what’s going on with the Joaquin Castro craziness, putting out a list… When a radical left-wing politician who’s polling at zero percent does this for either attention or a call to action, it’s pretty scary.”

He did quite well in both of the democratic debates. He’s not pulling very high. It is in the very, very low single digits, but it’s not zero. And also much more importantly, there is nothing, nothing, nothing wrong with posting somebodies campaign donations. That’s open records. Folks walking. Castro didn’t dox anybody, either he or somebody on his staff went to open secrets.org and looked it up. It’s not hard to do. Open secrets is not even the only website that does this. You have plenty of others out there. A map light is a phenomenal one as well. You can go to the FEC website, FEC.gov and find this information. It is not hidden from the public. There are plenty of avenues to go out there, get this information for yourself because campaign donations, anything above $200 I believe it is, is public record. You can look it up yourself. This isn’t doxxing. This isn’t endangering anybody. It’s letting people vote with their wallets. That’s what it’s about.

People need to know what politicians, what policies, businesses big and small are supporting because maybe, maybe some people in this country have political beliefs so strong that they’re not going to use that company. Maybe they don’t like them funding hatred in the Oval Office and they get turned off and don’t want to use them. They’ll go buy whatever it is at a different store that maybe isn’t funding horrible people. We have that choice. Hell, Antonin Scalia believed that everybody had the right to know who was funding what campaigns so they could make informed choices based on that. Walking Castro did nothing wrong, and you can quote me on that. This is open public records folks. Just because somebody tweets out something that you didn’t know how to search for doesn’t make it dangerous. It doesn’t make it illegal and it sure as hell doesn’t put them on the same level as some of these other folks out there who are trying to dox people and incite violence against them. That’s not what this was. This was walking Castro, giving people the opportunity to vote with their wallets. Something that, by the way, more people in this country really need to start doing.