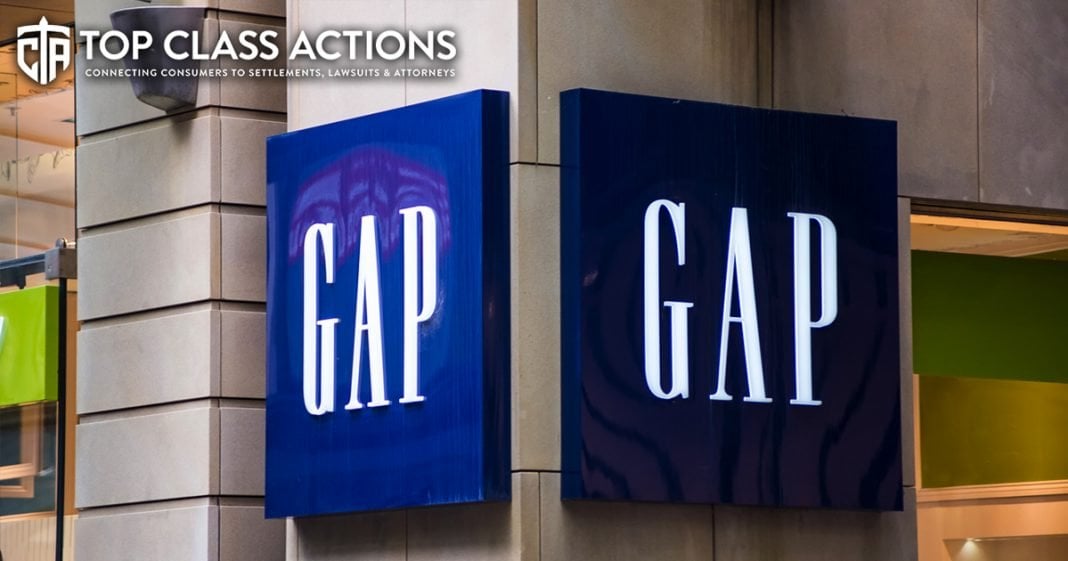 Several of the largest clothing retailers in the country are facing a slate of class action lawsuits for allegedly duping consumers with phony sale prices. The lawsuits claim that these advertised sales are actually just the regular prices of the items, but the retailers are pretending they are markdowns in order to get people into their stores. Ring of Fire’s Farron Cousins discusses this with Scott Hardy, President of Top Class Actions.

Farron Cousins:                  Right now, millions of American citizens are thinking about back to school shopping for their kids. Maybe they’re thinking about bulking up their fall wardrobe because cooler days, I promise you are right around the corner. But either way, if you’re out there shopping, you’re probably trying to get the best deal and stores understand that. You know, they’ll send you emails, they’ll send you mailers, they’ll send you all kinds of everything to let you know that they just marked down their prices. What a convenient timing, right? Well, according to a couple of new class action lawsuits, those recent marked down prices might not actually be marked down at all and they may just be a marketing ploy to get you through that front door.

Joining me now to talk about this is Scott Hardy with Top Class Actions, and Scott, you and I have spoken in the past about company’s doing these kinds of things. You know, oh well we just marked down all these products, come, come, look at them, come into our store and look at them. And it turns out those were bogus sales. And now we’ve got two more class actions saying that both Kohl’s and Old Navy, Gap are doing the same thing. So let’s start with Kohl’s. What’s this, what’s this lawsuit telling us here?

Scott Hardy:                          Yeah, so this class action, we’ve already got more than 600 comments on it. More than 108 shares of our viewers are very actively following this class action and it’s talking about their private and exclusive items that are supposedly at a discounted rate of their former advertised price. And you see these all the time. It’s like, oh, take a look. This is the coolest label. This is super private, exclusive. Used to be $19.99 now it’s $14.99, buy it now. Well, it was never $19.99 and that’s what this class action is stating. That you have all of these items that Kohl’s is, Kohl’s is selling and stating that it’s at a sale price to you, it might be $5.99, $6.99 marked down.

Well, if it was never sold at that original price then it wasn’t marked down. What, that sale price is the original price. You can’t just make up an MSRP in a catalog and then never sold at that price and then tell people that they’re getting a big, a great deal on it. That just isn’t legal and it absolutely is in violation of Missouri laws and we see other states around the country that can also take issue with this, which is why you have that class action filed.

Farron Cousins:                  Well, and I’m sure a lot of people are probably listening to this thinking like, okay, well, well what’s the big deal? I’m still getting a cheap price on it. Why, why is that a problem? Well, it’s a problem because this is technically psychological manipulation. People and studies have shown this. You’re actually going to be more likely to purchase something if you believe you’re getting a deal on it. As Scott pointed out, if it’s marked down from $20 to $15, you think automatically well, look, if I buy it now, I’m saving 25%. Next week, I might have to pay the full price. So I need to buy now while it’s cheaper or I’m going to miss out. So yes, this is a big thing.

This is manipulation on behalf of these companies and Scott, according to these lawsuits, which actually same plaintiff, right? We’re talking about the same plaintiff in both of these cases, the one Gap and Old Navy and Kohl’s, filed in Missouri. And so we have a plaintiff here who, and I love this, is just kind of sick and tired of this and all she’s asking is, can you please just be honest about what the price is? If it’s a low price already, just give us the low price. You don’t have to lie to us and say, well, yeah, but it used to be even higher, so, so buy it now before it goes back up. So I do like that this is the same plaintiff here. I think that’s great.

Scott Hardy:                          Right, exactly. You’ve got someone that’s put the multiple stores and just got sick and tired of seeing this manipulation, this marketing manipulation of consumers. So they said, they said come on, is this stuff ever not on sale? Is this the way it is all the time? Then that’s not a sale. You need to change your policies, you need to change your marketing. And hey, how about actually holding a real sale? If this is $15 on sale, give me a better price, knock 25% off of that. That’s a real sale. That will make your customers happy and then Gap and Old Navy and Kohl’s won’t get wrapped up in these class actions.

Farron Cousins:                  Well, and it’s really interesting to me too because this, this woman who’s the plaintiff here, she has done a lot of research on this. You know, that that’s how she was able to file these cases. She said, look, I went through, I cannot find anywhere in this, you know, if it’s Gap, Old Navy, Kohl’s, whoever it is, I can’t find anything in their history to suggest that this product was ever actually sold to a person under that alleged original price. All their history, everything I can find here shows that it was always this so-called marked down price, which means that’s just been the price.

And as you pointed out, not only is that deceptive for consumers, it’s also against the law in the state of Missouri and several other places in this country. So it’s not just that, oh, I’ve been bamboozled. It’s, I’ve been bamboozled, and you’re breaking the law. That’s a double whammy and you’re going to get popped for that every time.

And I can’t wait for the state of Florida to maybe enact one of these, you can’t have fake sales laws, so that they’ll finally cut that crap out. If anybody needs more information about any of the issues we’ve talked about, follow the links in the description of this video. Head on over to Top Class Actions and make sure that you sign up for their weekly newsletter. Absolutely one of the best resources available for consumers to arm themselves with the knowledge you need to know. Scott Hardy, Top Class Actions. Thank you very much for taking the time to talk with us.