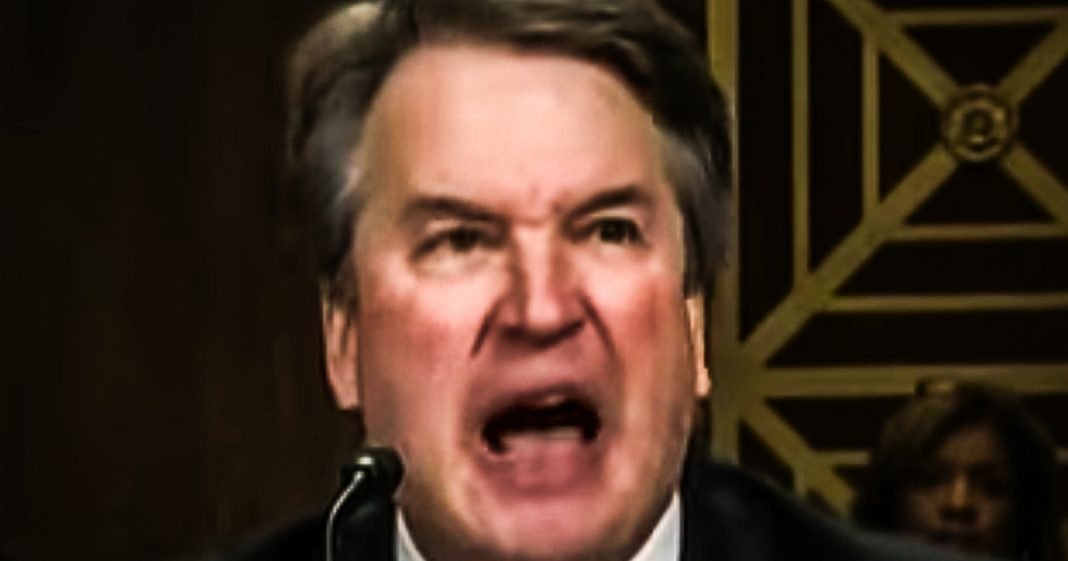 Democrats in the House of Representatives are finally making good on their promise from January, and they have officially requested documents from the National Archives about Supreme Court Justice Brett Kavanaugh’s time with the Bush administration. They want to see these records that Democrats were denied access to during Kavanaugh’s confirmation to find out what role, if any, Kavanaugh played in the Bush administration’s interrogation tactics of combatants and whether or not he perjured himself about receiving stolen Democratic lawmakers’ documents. Ring of Fire’s Farron Cousins discusses this.

In early January when Democrats regained control of the u s house of Representatives. They told us one of the things they want to work on over the next two years is basically investigating newly appointed Supreme Court Justice Brett Kavanaugh, and yesterday they took a bold first step in finally taking down this disgusting human being that has a lifetime appointment on our supreme court and that move involved telling the national archives that they want. The House Judiciary Committee chaired by Jerry Nadler. They want all the documents related to his time in the Bush White House from 2001 to 2003 and then again from 2003 to 2006 Kavanaugh and this briefly came up in the hearings, but Republicans tried to kill it pretty quick. Kavanaugh was involved in several very controversial things that happened in the Bush administration. One of those things was the acceptance of stolen documents from Democratic senators, I believe it was Patrick Leahy who had his documents stolen and then those documents were disseminated to the Bush administration via Kavanaugh according to emails.

There’s paper trail there. We know about that. That is a thing that happened. Brett Kavanaugh when he testified about that many, many years ago, long before his a Senate conference or Supreme Court confirmation said he was never involved in it. But we do have evidence that he was involved in it. That’s perjury. He could be removed from office for that very easily. So there’s one ding against cabin, all the other thing they want to know, which he has also said I was not involved in, but the documents have already told us otherwise. The drafting of the Bush administrations enhanced interrogation program and their decision to deny legal counsel to enemy combatants Kavanaugh said he knew nothing about any of that. And yet again, the record show records that Democrats are going to get their hands on and show the rest of us again that yeah. Kevin, did you lie it again about that you lie about everything.

All of this, and this is the sad part, all of this could have been done during Cavanaugh’s original hearing last year. You did have, um, you did have the A, a chair of the Senate Judiciary Committee. His name escapes me at the moment. I’m sorry, Grassley. He requested documents. Went through a man by the name of William Burke. Yeah, Burke got the documents first, went through, filtered them, took out all the bad stuff, gave Grassley some of them. Then Grassley said, you know what? This is good enough. I don’t want the rest. Democrats on that committee could have just reached out to the national archives and said, we want the documents. We don’t want to go through Burke, who also for some reason exerted executive privilege over some of these, even though he legally couldn’t do that, but the Republicans running the committee said, okay, sure. There’s a lot of screwy things that happened because Republicans were desperate to get Brett Kavanaugh on the court Democrats. Rather than going through this rather than going through the perjury, rather than showing that this man is a serial liar in is unfit to be on, the Supreme Court chose to go the other route. They chose to go for something. The assault allegations against him, which I do firmly believe absolutely.

They did happen as far as I’m concerned. Unfortunately, even at the time we knew you couldn’t prove that, and so it fell flat. Public wasn’t convinced. Senate Democrat, Republican, excuse me, certainly weren’t convinced. So they voted for him. But if you’d popped him for perjury back then, we wouldn’t have to be doing this right now. So I do applaud house Democrats for finally taking this step because the entire country needs to understand that. Yeah, everything we learned about Brett Kavanaugh last year was not only true, but it makes him completely unfit to be on that Supreme Court.