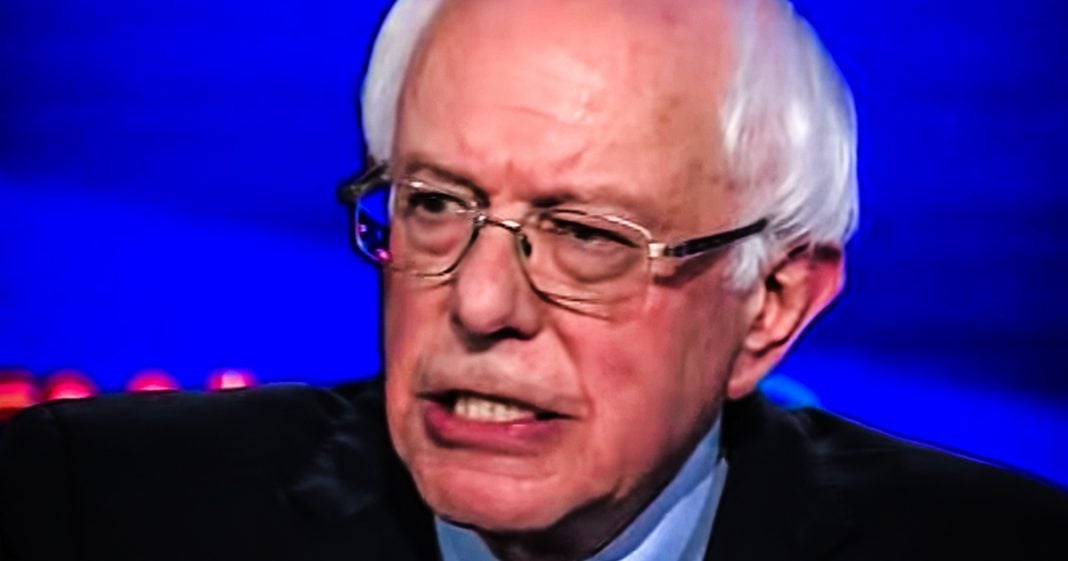 Bernie Sanders is absolutely sweeping the competition when it comes to raking in small donors. But among the billionaire class, Bernie hasn’t attracted a single one. And that’s a GOOD thing. The candidates receiving the most money from billionaires are likely the ones that shouldn’t be trusted to have the best interest of the working class at heart, as Ring of Fire’s Farron Cousins explains.

Last week, The New York Times put out a series of very helpful maps to show us which Democratic candidate has the most small donors and where most of that money is coming from. And not surprisingly, Bernie Sanders was absolutely crushing it. Bernie Sanders has more small donors than any other candidate currently running for president. And in fact, he had so many donors in different areas of the country that they actually had to put out a second map to really show what the other candidates are doing that excluded Bernie Sanders because he was dominating it. And you couldn’t see the other candidates because of how much he had. Well, Forbes decided to, uh, I guess kind of get in on this action. So yesterday they ran an article talking about how many billionaire donors each Democratic presidential contender has. But on this one, Bernie Sanders comes in at a whopping zero, not one single billionaire in this country has donated money to Bernie Sanders.

And that is a good thing. Now, along with Bernie, there’s a couple other Democrats who have not taken any billionaire money yet. Uh, Julian Castro, Bill de Blasio, Tim Ryan, uh, likely because most of those men are polling in the very low single digits. They, they do go up after debates, but then it kind of levels off afterwards. Bernie Sanders, the only person in the top tier of candidates with no billionaire donors whatsoever. Now, what did surprise me about this was the fact that Pete Buttigieg actually has the most billionaire donors, 23 billionaires have given money to mayor Pete. That’s a little concerning, right? Why? I understand. Maybe they like his policies or maybe they’ve seen enough out of them to know that he’s not going to be the transformational leader that this country needs right now. Same thing with Corey booker who comes in second with 18 billionaire donors.

We have seen from Cory Booker’s legislative record that he’s not progressive, right? He goes along with the mainstream Democratic Party. Let’s, you know, maybe have some great things happening with social issues, but not do much about corporate greed. Same thing with Kamala Harris who has 17 billionaire donors coming in at number three. Then you have Joe Biden, number 5, 13 billionaire donors, Beto O’Rourke with nine billionaire donors and Elizabeth Warren with two billionaire donors, a Tulsi Gabbard, Yang, and Marianne Williamson each have one billionaire donor. Now, the reason this is important is because obviously for far too long in this country, millionaires and billionaires have had too much say in our election process. Bernie Sanders has made it a point to not only say that he’s not taking corporate PAC money, he’s not taking corporate money, but he’s also on his website now, got a section where he brags about the unendorsed moments where millionaires and billionaires are coming out saying, I’ll never vote. Vote for Bernie Sanders. He loves this. He eats it up as he rightfully should. People in this country are absolutely sick of the top 1% calling the shots, including who gets funded in our elections and who does not. Bernie Sanders is crushing it with a small donors across this country, and that is going to be his key to success in 2020.