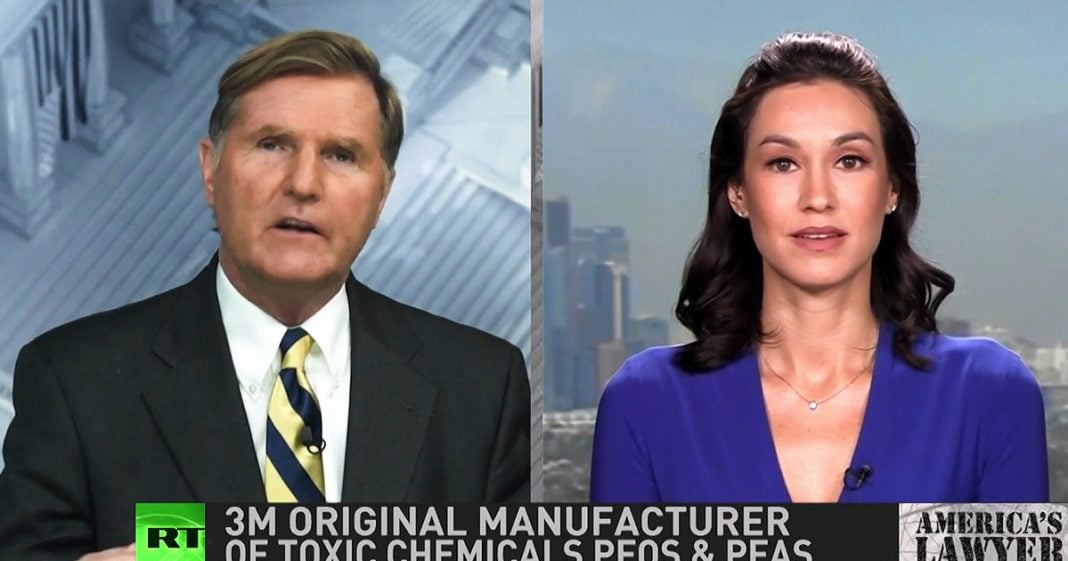 Via America’s Lawyer: Mike Papantonio is joined by RT correspondent Brigida Santos to discuss a cover-up by the state of Alabama, which has known for a decade that manufacturing giant 3M had been dumping potentially-toxic FBSA chemicals into the Tennessee River. Plus, legal journalist Mollye Barrows joins Mike Papantonio to talk about a lawsuit filed by a former Scientologist against the Church and its leader, David Miscavige. The plaintiff alleges the Church of Scientology engages in forced labor, harassment, and human trafficking.