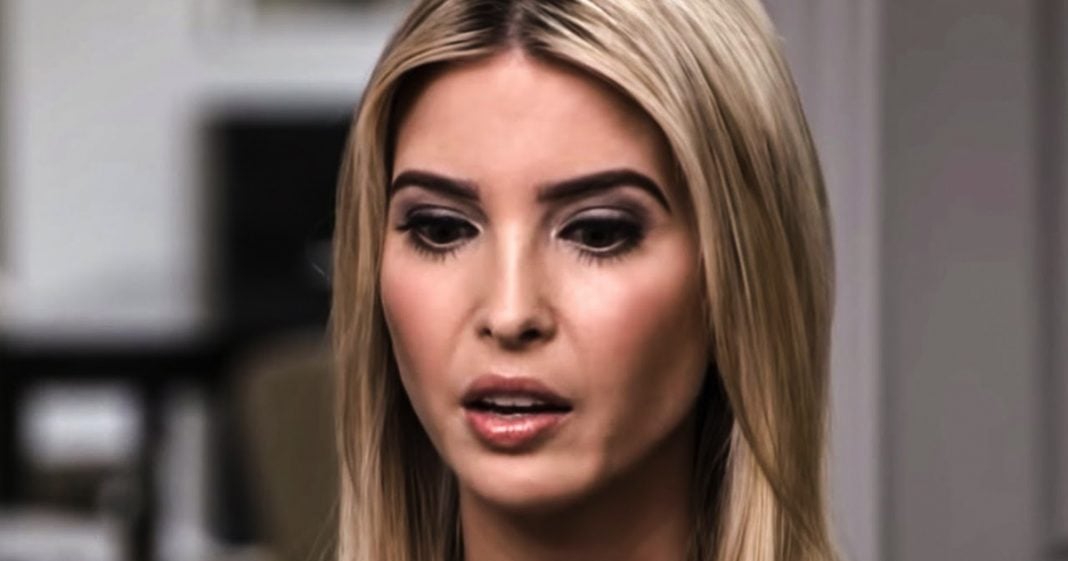 According to a profile of Ivanka Trump in New York Magazine, Donald Trump actually tried to get his daughter to release a sex tape after Paris Hilton’s tape was released. He believed that it would be a huge money maker and that it would boost her profile, even if it came at the expense of her dignity. Ring of Fire’s Farron Cousins explains what this tells us about Trump’s relationship with his daughter.

According to a new profile, I guess you’d call it of Ivanka Trump in New York magazine, several years ago, her father actually encouraged her to release a sex tape after he saw how popular Paris Hilton became, and of course, how much money she made after her sex tape was released in 2003. Now these accounts in New York magazine actually come from friends of Ivanka Trump up in New York. They’re the ones who said that her father was basically encouraging Ivanka to film a sex tape and release it online because he thought it was somehow going to help her brand or maybe just make her a ton of money. Trump didn’t seem to care if it would degrade his daughter or, you know, make her look like a, a cheap woman. He just wanted money. He wanted her brand to get a little more recognition and he didn’t care what it cost his daughter personally.

Now, according to the people that New York magazine interviewed this upset Ivanka, and understandably so, right? They painted the portrait of Ivanka as the perfect daughter. She never rolled her eyes at her father. You know, she never talked back to him. She did exactly what he said. She would do anything to make him proud and to gain his approval. Now, that in and of itself is probably a problem that needs to be looked at, but that’s something for another day, I guess. The issue here is that Donald Trump was willing to cheapen his own daughter because he thought they could make a quick buck off of it. That is what is so disgusting about this story. Not that he was encouraging it, but the motivation behind it. I mean the encouraging, yeah, that’s bad enough. It’s the motivation. It’s the dehumanization of his own daughter into a sex object because he wanted more money and yeah, the friends are right.

I, I’m sure that did hurt Ivanka, assuming everything that they’ve said is accurate and true. The White House has denied that this took place, but given what we know about Trump, given what we’ve seen from Ivanka, it seems more plausible than fictitious at this point. But nonetheless, this article is absolutely amazing, really. It really gives us a little bit more insight into Ivanka Trump, but I think what we need to understand here is that this is a woman who is desperate for her daddy’s approval. She would do almost anything to gain that approval. I’m actually really surprised that she didn’t follow through with his request to release a tape like this, but if she had, that would have basically been the nail in her coffin in terms of, you know, being a respected member of society, a productive member of the Trump organization. It would not have had the effects that Donald Trump thinks that it would have had on either her brand and her company or the Trump organization itself. Because, let’s not forget, in 2003 when Paris Hilton’s sex tape came out, everybody knew who Paris Hilton was. Nobody knew or even cared who Ivanka Trump was at that time.