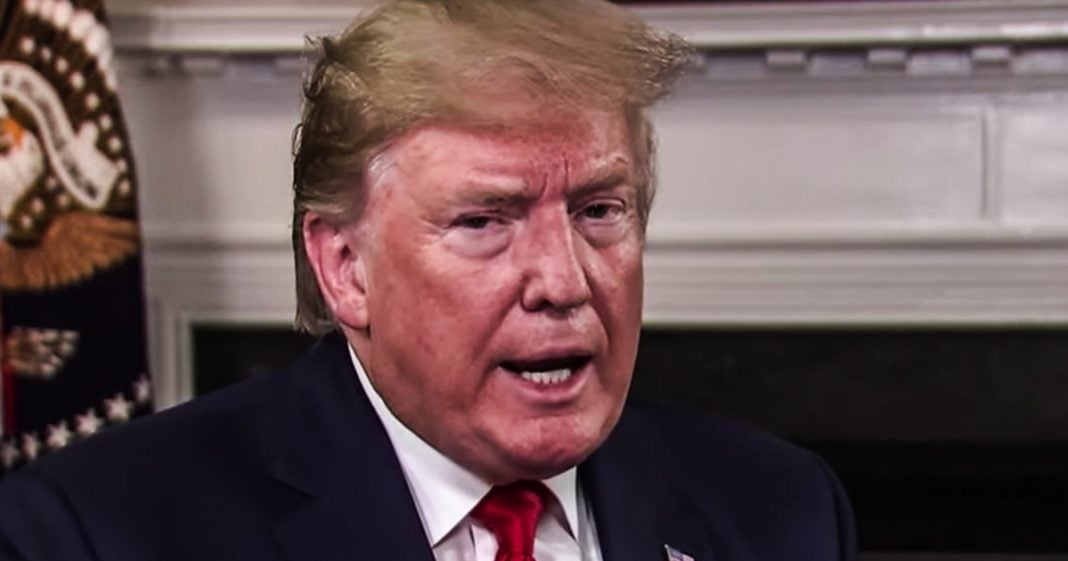 Donald Trump is still refusing to own up to his role in spreading hate across the country and the deadly consequences that this language has, but a new analysis by Media Matters has found that his campaign has used the word “invasion” in at least 2,200 Facebook ads in the past year. That same word is being used by Fox News today and we have seen what happens as a result of this. Ring of Fire’s Farron Cousins discusses this.

It’s amazing what a difference one single day can make. After the events in El Paso this past weekend and the manifesto that this shooter allegedly posted online, where he repeatedly, I think at least nine times used the word invasion to describe Hispanics coming up across the southern border of the United States. Fox News is back to using that word invasion. In fact, this morning, Fox and friends actually defended it and said, it’s not racist to say it’s an invasion when it’s an actual fact. So Fox News has learned nothing. And of course the president learned nothing. And yes, the president, again, as we mentioned yesterday, is at fault for this. And according to a new analysis by media matters, the president and his campaign have used the word invasion at least 2200 times in Facebook ads since May of 2018 that is their preferred word. That is the word they use to get their base all riled up about some mythical invasion coming across our southern border.

That’s why every time Donald Trump gets in trouble or there’s some kind of election on the horizon, there’s always suddenly a caravan coming up that never actually materializes. I hope everybody understands that, right? Let’s get that really clear. So far, throughout his administration, two and a half years, there’s been three different times where he says, there’s a caravan coming up and it never makes it here, and that news story just kind of dies off, but that’s what the president does. He uses this to just get people energized to support him, and unfortunately, this past weekend we saw what happens when people get too energized by the president’s bigotry because that’s what this is. This is the president using racist, bigoted language to get people riled up. He knows exactly what he’s doing. He knows that he is at fault for this. We have seen his same language, the same words that he uses, the same phrases that he has made up have popped up with plenty of these serial killers and several of the wannabe serial killers here in the United States.

This is on Trump and here’s the kicker, folks. This isn’t going to change. The reason I started by talking about Fox News still saying, well, it is technically an invasion, is because things are already going back to normal at that network. They’re going back to their racist language. They’re going back to their racist roots. They’re going back to those same words that the killer used in his manifesto, and Trump is gonna do the same thing. Oh yeah, he gave a nice little flowery speech yesterday, right? Give it another 24 hours. He’s going to be back to attacking people of color. He’s going to be back to attacking immigrants. He’s going to be back to using the same hurtful, harmful, racist language that he was using less than a week ago, because that’s what he does because unfortunately, in this country, we have too many mass shootings and we don’t have time to dwell on just one or the other. Even when they happen back to back like they did this weekend, we have to move on because there’ll probably be another one in a few days because we continue to ignore what’s really causing these problems.