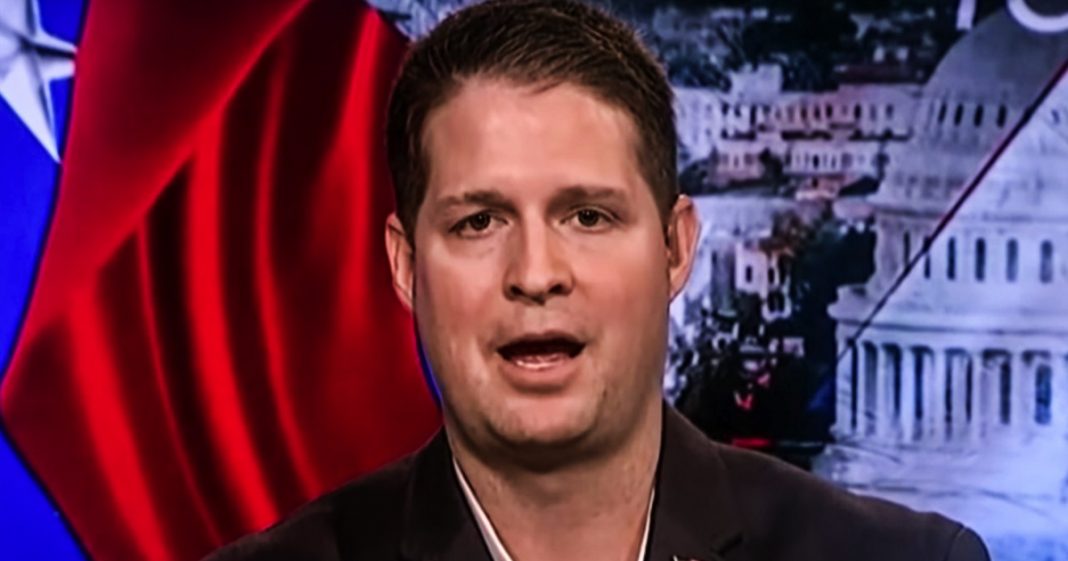 Brian Kolfage, the right wing grifter who started the fundraising effort to have Trump supporters build the border wall, is now under a criminal investigation, according to reports. His group, We Build The Wall, has raised millions of dollars for their project, and the state of Florida is investigating whether they are misusing those charitable funds. This isn’t the first time that Kolfage has hoodwinked donors, but now it appears that his grift may be over. Ring of Fire’s Farron Cousins discusses this.

Well, we get to have one of those “I told you so” moments with this story right here and uh, this is actually an exclusive available at Raw Story. If you want to follow the link and go check it out. I suggest everyone does. But here is this story in a nutshell. You remember us talking about Brian Kolfage, right? A disabled military veteran who decided that he was going to start a charity, a go fund me and build that border wall because the Democrats aren’t ever going to fund it. And he raised well over $20 million and we told you at the time that Mr. Kolfage actually does have a history of ripping off charities, starting these little groups saying he’s going to give them money to this group. And then he never gives the money to the group. The guys at Grifter, he’s a fraud basically.

Well now his little, we fund the wall or we build the wall. Charity is under criminal investigation in the state of Florida where Mr Kolfage is based. Here’s what’s happened that we know of so far. Um, because reporters actually tried to reach out to law and law enforcement officers here in the state of Florida, but they could not comment on it because it is an ongoing investigation, but we do know a few things that they’re looking into. First and foremost, the fact that they think this charity has misspent one point $7 million on non-charitable items. Basically spinning them on political things. Now maybe that has something to do with the event they just hosted that featured Donald Trump jr Louie Gohmert and Corey Lewandowski. That seems like it was more political than charitable, don’t you think? I mean after all you do have members of the Trump administration and of course one of the dumbest members of Congress available, Louie Gohmert that was purely political, but they use their charitable funds for that and you cannot do that.

There’s also the issue of Chris Kobach who happens to be running for Senate and also happens to sit on the board of directors and also happens to be the lawyer for we build the wall and what’s happened is that a Kobach is actually triple dipping here because not only is he getting paid just to be a board member for we build the wall, he’s also using their resources to help reach out to donors for his senate campaign. You can’t do that. Again, this is a charity, this is a political thing. You cannot share these donor lists. You cannot use their information, the phone numbers, the addresses. You cannot do that. It is illegal and yet according to the a investigations, that’s what they believe Kobach is doing. And because Kobach happens to be on the board of directors of the charity and the candidate himself, this is not just Kobach doing something illegal.

This is the entire charity technically at this point, doing something illegal. And of course the legal fees because again, Kobach not only is he the board of director, not only is he double dipping with the Senate campaign, he’s triple dipping because he’s also using the uh, charity funds to pay himself as the lawyer for the group because they’re being investigated most likely because of how corrupt Kobach is. Brian Kolfage, you really stepped in it this time body, you know your past little things that was a little bit of a Grift, you know, maybe a slap on the wrist. Nobody, maybe nobody cared enough to, to take a look at it. You’re not going to escape this one. These are third degree felonies that carry up to five years in prison in the state of Florida. If you get convicted, and I have a feeling based on what we’ve seen based on what we already know about these investigations, it’s unlikely that your little we build the wall organization is ever going to actually build any part of the wall. And I say that because the part of the wall they’ve allegedly already paid for, it’s going to have to be torn down because apparently they built part of it in Mexico itself. So Kolfage’s group technically illegally crossed the border to go build something without a permit on another country’s sovereign soil. This guy’s not very good at what he does, but luckily for him, he was able to find enough people in this country foolish enough to think that he actually knew what he was doing.