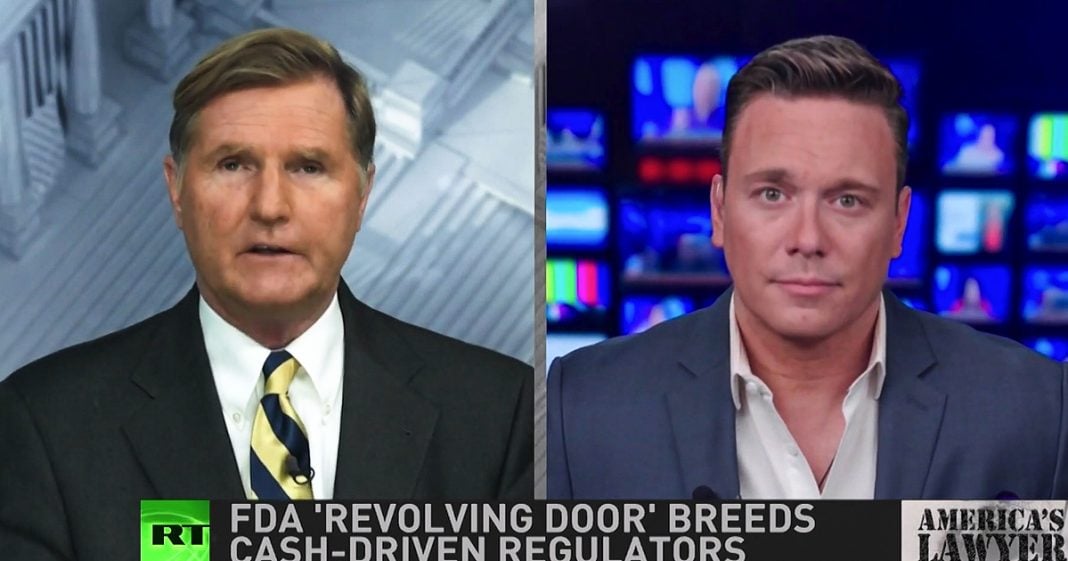 Via America’s Lawyer: Mike Papantonio and Truth In Media’s investigative journalist Ben Swann examine the revolving door phenomenon between the FDA and pharmaceutical companies. The government has capped funding for the FDA, meaning capped salaries for regulators working there. Drug companies are capitalizing on this by offering MASSIVE salaries as a means of buying influence among FDA staff responsible for approving new drugs in an all-out bidding war. Also, less than 24 hours after it was revealed that Facebook CEO, Mark Zuckerberg, was creating a new cryptocurrency called Libra, members of Congress immediately began calling for hearings on the issue. Mike Papantonio explains more.