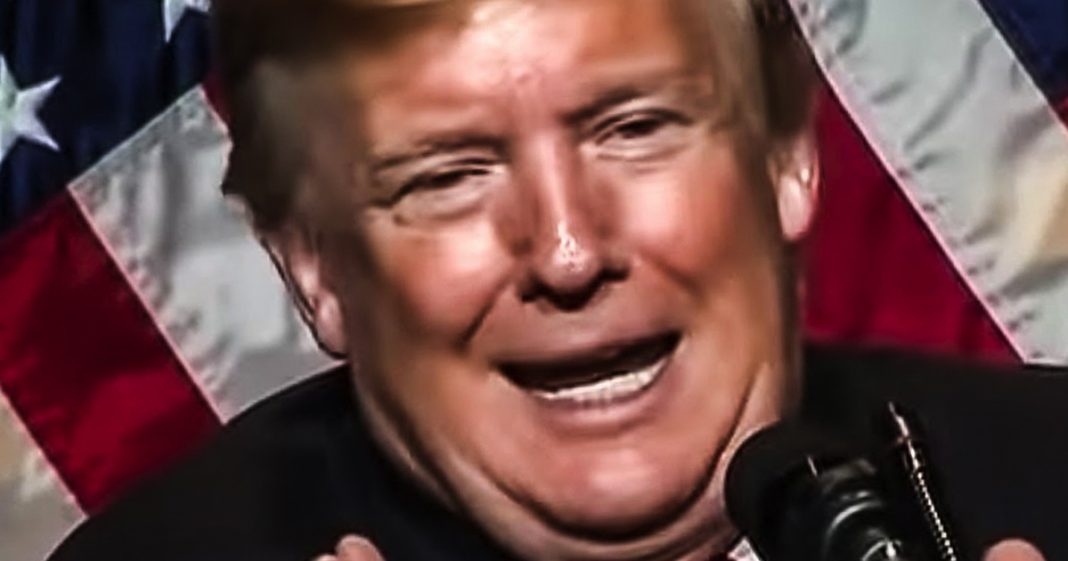 There is no denying that Donald Trump’s owns what happened this past weekend. His anti-immigrant rhetoric has absolutely inspired violence against the communities, and the killer admitted as much before he committed these acts. Donald Trump is responsible for this, and as long as he remains in office, it appears that these kinds of things are going to continue. Ring of Fire’s Farron Cousins discusses this.

When we talk about the El Paso shooting, I know the issue that, uh, I have talked about, uh, several times, including already today is the issue of gun control. We have to get these assault weapons, these weapons of war off our streets here in the United States. I don’t care if it’s an assault weapon, if it’s a semiautomatic, cause I know the right wing loves to argue semantics about what you call a gun, as if that matters for anything.

The point is we got to get them off the streets, but that alone is not enough at this point because as we know from that manifesto of the El Paso shooter, he was motivated by hate and who was out there in this country right now spreading more hate than any other human being. Donald Trump, he owns this. He absolutely 100% owns what this person did down there in El Paso. You know, a lot of people wanted to jump in and say, oh, it’s the mental illness. No, this guy was not mentally ill.

He was a racist and he felt empowered by the president of the United States using the same kind of language that he likes to use. And he’s not the first one to be emboldened by Donald Trump and other people on the far right end. He won’t be the last, as long as Donald Trump remains in office, as long as he is still out there using his podium, using the bully pulpit to spread hate and division hatred of the others. Because that’s what it all boils down to. It’s always the hatred of the others. You know, they’re not like you, therefore they’re bad.

That’s what Trump is out there pushing with his attacks on Maxine Waters, Elijah Cummings, Ocasio-Cortez, Omar, Pressley, Tlaib, all of them. Don Lemon from CNN. It’s all shrouded and racism, some of it more overt than other times. But he is the one out there pushing it. And that is what motivates these people to go out there and commit these atrocities. They are attracted to it. And when they hear the president of the United States, the most powerful human being, not just in on this country, but on the planet. When they hear him using their language, when they watch him use their imagery in his speeches, they feel like they can go out there and do these things. They feel like they’re on the right side of history. Now that the president has their back, this is Donald Trump’s fault and Donald Trump is a racist. Let’s make those two points absolutely clear because they are both accurate. The manifesto proves it. Trump’s actions prove it. We know that this is who this man is. There is no more denying it, and as long as we are open and honest and upfront and outspoken about those two facts, maybe we can get this man out of office before more people die while shopping at the grocery store.