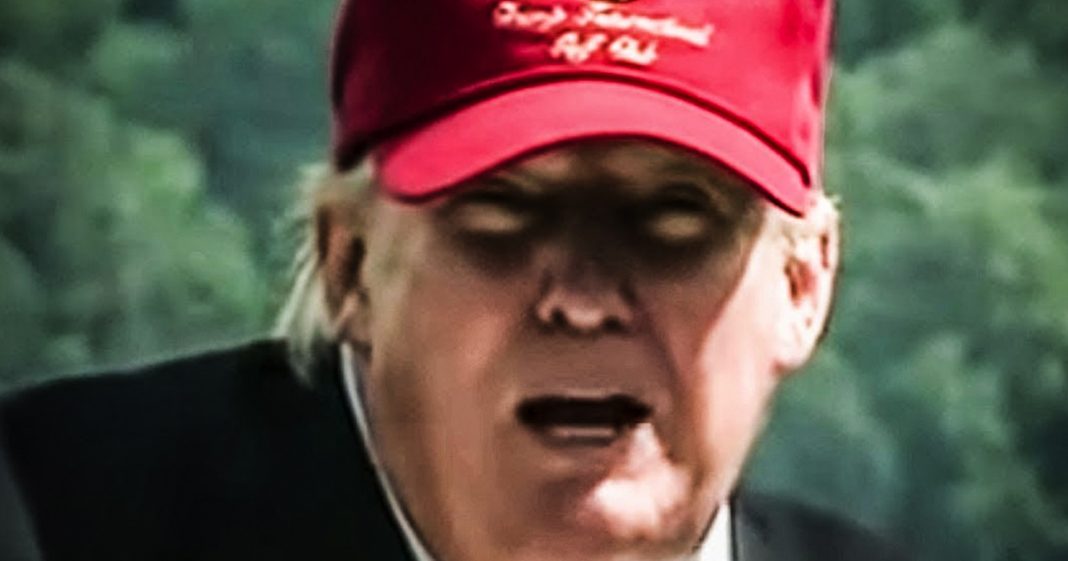 The infamous Roman emperor Nero was said to have played his fiddle (lyre) while Rome burned to the ground. While that’s not factually accurate, it is a great analogy for what Trump is doing as this country continues to devolve into chaos. The President spent his Sunday morning golfing after learning about the attacks of the weekend, just like he has done 215 times in the past two and a half years. He doesn’t care about any of us, as Ring of Fire’s Farron Cousins explains.

I’m sure we’ve all heard the expression, you know, Nero, the ancient Roman emperor, fiddled as the town of Rome burned to the ground. Well, for starters, that’s actually factually inaccurate. That is now what Nero did, not to mention the fact that it was not a federal, he was playing him as a liar, but nonetheless, it creates the imagery of a great all powerful leader who cares so little about his electorate that he was just sitting there playing his musical instruments in his own world as everything went to hell.

That is what Donald Trump is doing to this country and has been since the day he took office yesterday after a weekend of horrific mass shootings before addressing the nation, which happened today. Monday, Donald Trump went golfing for the 215th time since being sworn in as president of the United States. In two and a half years, that man has now played golf at a Donald Trump owned property 205th teen times, including yesterday as this nation was reeling from double tragedies just a few hours apart, Donald Trump thought that the best thing he could do was to go out and play golf.

He is, without a doubt, the laziest person that has ever occupied the Oval Office in my lifetime, possibly ever. I guess that’s up for debate, but it is unequivocal that that man is the laziest president of the United States that I have ever seen in my short time on this planet, and it goes further than just him playing golf and being lazy. It goes further than him going to his own golf courses. We’re paying millions of dollars for a security there and it’s all going back into his pocket. It goes further than that. This man doesn’t care about the American public. That is what this is about, and that is what we need to start focusing on when we see these stories. When we see that, oh, the president’s golfing again.

When there’s a wild fire out in California, always golfing. When there’s floods in the Carolinas, he’s golfing when people are making funeral arrangements because their loved one made the decision to go to the grocery store at what was probably the worst possible time and he’s golfing. This country is just tearing itself apart. Right now. People are dying because they can’t afford their insulin. People are dying because they can’t even go to a doctor. An entire generation is saddled with student debt that is so bad that they can’t even buy a home. They’re putting off their dreams. Many have given up on their dreams because of the debt they hold.

People are terrified to go to the movies or to the store or to the church because they don’t want to get shot and Trump is golfing all the time. Golfing, golfing, golfing, because that is the only thing he cares about himself, his own personal enjoyment and whatever the hell it is he chooses to do that day. At no point has this man ever shown real concern for the American public. The only thing he has ever cared about since the day he came onto this world, into this world was himself and money. He’ll never care about the American public. And that is one of the biggest reasons why we have to send him packing in 2020.