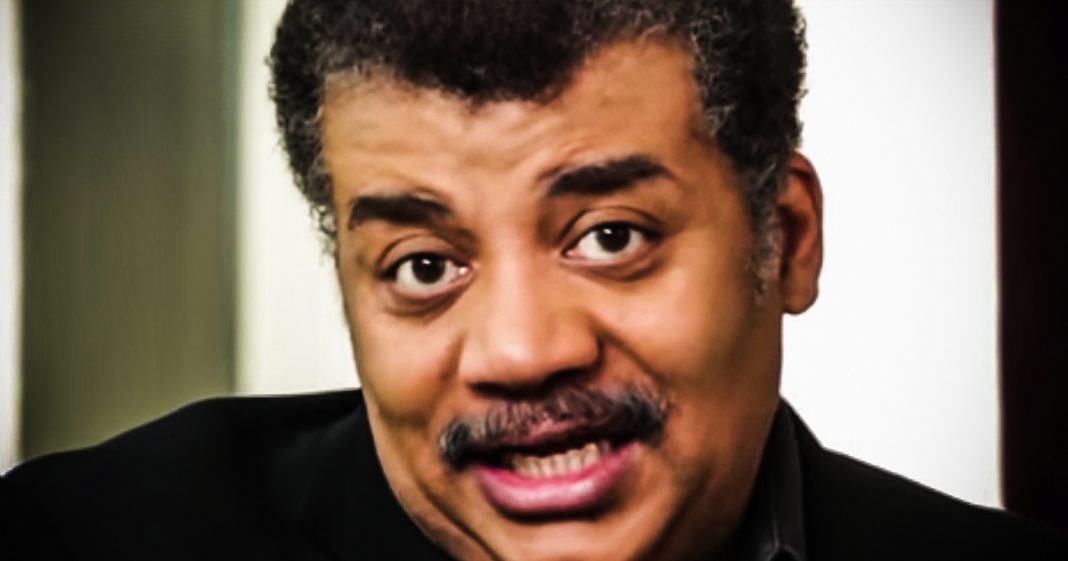 Astrophysicist Neil deGrasse Tyson tweeted out some statistics on Sunday that didn’t go over as well as he planned. While telling us that far more people die from things like the flu or medical errors, he appeared to downplay the significance of the problems with mass shootings. He later apologized for the tweet, but the damage had already been at that point. Ring of Fire’s Farron Cousins discusses this.

Yesterday. American citizens got a very good example of the fact that sometimes even the smartest people can say some of the dumbest things and that very smart person who said a very dumb thing happened to be astrophysicist Neil deGrasseTyson, who yesterday tweeted out the following. He said,

“In the past 48hrs, the USA horrifically lost 34 people to mass shootings.

On average, across any 48hrs, we also lose…

Often our emotions respond more to spectacle than to data.”

Now, if he hadn’t put that little last sentence in there, this probably would not have sparked as much outrage as much. It still would have sparked outrage, but to say that, oh, you know, this is an emotional response. It’s only 34 people is what it sounds like he’s getting at. But there is a world of difference between somebody dying because a surgeon accidentally Nixon artery, then somebody picking out bread off a shelf and getting shot in the friggin’ head, right? There is a world of difference between those two things. One of them is an accepted risk that you are warned about before you do this thing. The other is just a person getting groceries for the week.

One of those you understand that there’s a chance you could die the other, this is just a routine Aaron, that millions upon millions of people do every single day. Now, Neil deGrasseTyson did come out and he apologized for this once he saw the massive backlash from it, and this is a part of his apology statement. He said,

“My intent was to offer objectively true information that might help shape conversations and reactions to preventable ways we die. Where I miscalculated was that I genuinely believed the Tweet would be helpful to anyone trying to save lives in America. What I learned from the range of reactions is that for many people, some information – my Tweet in particular – can be true but unhelpful, especially at a time when many people are either still in shock, or trying to heal – or both.”

Now, again, these things that do grass Tyson pointed out are our true, right? We do lose a lot of people to these other tragedies every day. Every day. Okay. Suicide car accidents, the flu, homicides, medical errors. The problem is we have laws, right? We have laws. Doctors have to get malpractice insurance so that if their medical error kill somebody, that person, their family, I guess I should say, can be made whole or at least as whole as money can make you. We, we have laws about vehicles, right? We have car laws. You have to wear a seatbelt. You have to drive a speed limit. Children have to be in, in car seats. We don’t have universal healthcare, so the flu one, we just don’t care about that as a country. I guess homicide, again, illegal, but on the other hand, the people who get their hands on these totally legal weapons of war, walk into a grocery store and start shooting up the place. Aside from the killing itself, what that person did was legal. Those people in that store did not accept a risk upon entering that. We understand risks of everything else and that’s part of the shock that comes with mass shooting. Not necessarily the numbers of people who get killed, but that we didn’t accept this risk.

We accept the risk when we get into an automobile. We know what could happen. We know what could happen when we go under for surgery and it is terrifying even for a routine procedure. We don’t do that when we go to the store, we don’t do it. When we go to church, we don’t do it. When we go out to a nightclub, we don’t do it. When we go to a movie theater. There should be no risk involved with any of that. And that’s what is so shocking about these mass shootings because it could happen to any one of us at any time because as of right now we’re not doing anything about it. And that’s why to grow a Tyson’s tweet was so tone deaf. The people who survived, the people who weren’t even shot at in either of these two events over the past weekend are going to be living without PTSD probably for the rest of their lives. Anytime they hear a sudden loud noise, they could panic, they can have flashbacks. There is also an emotional toll that goes along with this. And I know this cause a very dear friend of mine was in that crowd in Las Vegas during that mass shooting and she’s talked about that repeatedly.

This doesn’t go away. And that is why this tweet from Neil deGrasseTyson was so completely tone deaf and inappropriate. We know people die doing things every day. Neil and show to you. This was not a good time, but more importantly, in general, it just wasn’t a good thing to say. We need to do something about the guns. We don’t need a lecture on, well, more people die doing this, so I get no, that’s not the conversation that ever needs to happen.