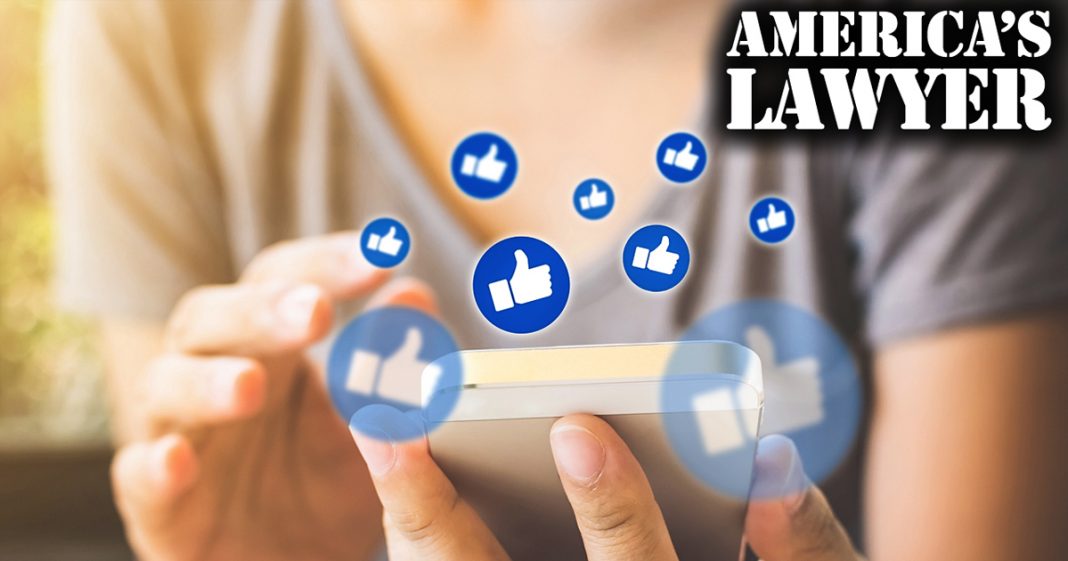 Via America’s Lawyer: Trial Magazines Editor Farron Cousins is joined by RT Correspondent Brigida Santos to walk us through the $5 BILLION dollar fine the Federal Trade Commission dished on Facebook for its mishandling and sale of user data, with regard to its working relationship with UK-based Cambridge Analytica. But is this historic settlement enough to re-shape the way tech giants like Facebook treat our personal information? Farron Cousins fills in for Mike Papantonio on this episode of America’s Lawyer.

Farron Cousins:                  The Federal Trade Commission has fined Facebook $5 billion for its role in allowing Cambridge Analytica to access user’s personal data without consent. But the fine really is just a slap on the wrist for the $500 billion tech giant. And joining me to discuss this is RTs Brigida Santos. Brigida, is Facebook gonna be required as part of this fine, settlement, whatever to change it’s business practices in addition to any of the other penalties they have?

Brigida Santos:                   Well under the settlement, Facebook will be required to form a 20 year privacy committee to boost transparency and accountability. But beyond that the company will not be required to admit guilt for violating consumers’ privacy. It’s also been granted immunity from 26,000 pending complaints that were filed against it between 2011 and June of 2019. So the practices are likely not going to change very much. However, the DOJ is still trying to sell this settlement as if its a huge game changer. Take a listen to what the Justice Department’s director of consumer protection had to say.

Gus Eyler:                               Despite offering users privacy settings that promised to share their information with friends only Facebook in fact shared users information with every developer of an application installed by users friends. Facebook also deceived Americans about how it would use their gathered phone numbers and about when facial recognition technology was active on their Facebook accounts. These were all serious breaches of trust. The $5 billion civil penalty that Facebook will pay to settle that complaint is historic. It is by far the largest penalty ever received in an FTC case and it is the second largest civil penalty ever obtained by the Department of Justice in any context.

Brigida Santos:                   Well, what you heard there is true that the fine is the largest ever imposed by the FTC for a privacy violation. It’s a drop in the bucket for Facebook, which earned three times that much money in just three months. Now the penalty does not address the root cause of this problem, which is that the United States does not have a strong privacy law to protect consumers like the European Union does, for example, with its general data protection regulation. So in the United States, Facebook will be free to continue harvesting user’s personal data to fuel the company’s profitable side hustle as an advertising giant, which is where it makes most of its money, Farron.

Farron Cousins:                  You know, I think it’s interesting too because you pointed out, they, Facebook does not have to admit that they did anything wrong as part of this agreement here. And that is typically the case. We see it with, you know, pharmaceutical companies. We saw Wall Street bankers. We’ll pay this massive fine and settlement and you know, maybe send out some checks but we will never admit that we were wrong and that’s always part of the problem. We’ve got to get these corporations to the point where they can say, you know what, yeah, what we did was really screwed up. So how have consumer groups responded to this particular penalty?

Brigida Santos:                              Well, a prominent DC based nonprofit research group known as the Electronic Privacy Information Center or EPIC has filed a motion to block the settlement in its current form. And they’ve got the support of many other groups as well. EPIC advocates for privacy related human rights issues and it argues that the settlement fails to protect consumers based on everything we just went through. And the group is also asking the court to review the fairness of the settlement. Hold a hearing to review pending consumers complaints, those 26,000 and change the terms of the deal of possible.

EPIC is also calling for the establishment of a data protection agency. And this is not Facebook’s only scandal, as you know, and it’s not it’s only privacy breach. In addition to third party apps improperly gaining access to users data, there’ve been bugs with children’s messenger apps, allowing them to talk to adults that they don’t know. There are concerns over facial recognition technology, censorship and so on.

Farron Cousins:                  So why do you think it is that the government even allows Facebook to get away with just so much really? I mean they’re, they’re getting away with so very much here, including things we haven’t even discussed today. So why is that?

Brigida Santos:                   Well, there are many reasons, but first of all, Facebook’s newsfeed algorithm is the gatekeeper of information that users see, gain access to and consume. So there’s a ton of power in that I don’t need to tell you. And the relationship is also beneficial for Facebook, not only just the government. The government handles Facebook’s violations with kid gloves because it gets something in return. Facebook will comply when the US and Israeli governments, for example, tell it to shut down Palestinian accounts. It has done that. And by complying it helps Facebook avoid regulations.

Facebook also collects data, mass surveillance style. We know that the election consulting firm, Cambridge Analytica, improperly gained access to that data, then turned around, repackaged and resold it as tools to be used for the 2016 presidential campaigns of Ted Cruz and Donald Trump among others.