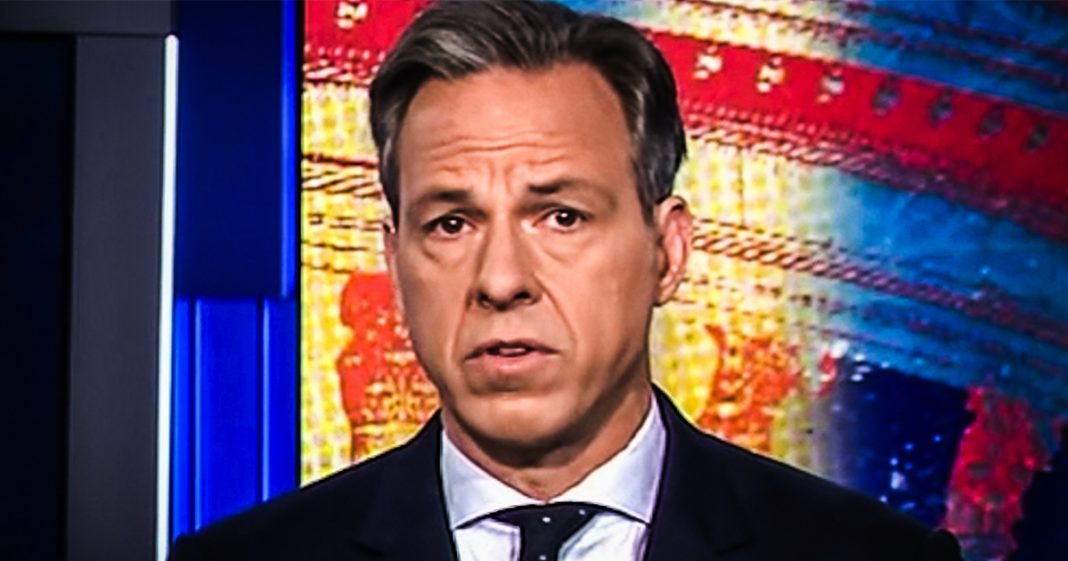 On Sunday, CNN’s Jake Tapper took the time to point out all of the Republicans who refused to come on the air to discuss the atrocities of the weekend. The list is longer than you’d expect, and it shows just how incompetent and inept the Republican Party really is. They know what the issue is, but they can’t speak out about it because they are terrified of the NRA. Ring of Fire’s Farron Cousins discusses this.

On Sunday morning, Republican politicians were running scared because none of them wanted to go on TV and actually have to talk about the atrocities that happened from Saturday to Sunday. They had no answers, they had no solutions, they had NRA talking points. And so they did their best to avoid the media thinking. Okay, that’ll be the end of it. Well, see it in decided they were going to call these people out and that is exactly what they did on Sunday morning. Take a look.

Now it’s important to also point out the Jake Tapper there while calling out Republicans and I do applaud him for that. Uh, he later on when and kind of compared Arab, uh, countries and their promotion of hate to what’s happening here in the United States, a very horrible, uh, parallel that he was drawing here. In fact it, it was kind of shrouded in a little bit of bigotry itself. So that was pretty awful. Jake, and not to mention the fact that CNN has helped prop up white nationalists over the years, so CNN is not without fault here. I do like that they took the time to call out these Republicans, but at the same time they’ve been really horrible on this issue up to and including what happened on the network after he called out these Republicans. But let’s be honest here, the reason these Republicans are ducking the media with the exception of Fox News, because even some of the people on Tapper’s list later on in the day didn’t go on Fox News is because they know that their talking points don’t hold any water with anybody who’s going to actually question them.

They know they can go on Fox News and say something about, oh, it’s because of the video games and those hosts, especially like those on Fox and friends this morning are sitting there telling us, yeah, it’s, it’s the video games. Those video games are bad. They’re ruining kids’ brains. They’re making everybody go out there and be violent because yep. America’s the only country with video games. That’s right. We’re not. But we are the only country where this happens regularly. You know, exponentially more than any other country on the planet. And the reason Republicans refuse to acknowledge the truth here, which they know, I let it. Let’s be clear about that. Republicans know what the problem is. They 100% absolutely know what the issue is. They just don’t want to do anything about it because they are afraid of the NRA. For some reason, an organization that if you look at their success rate and giving money to candidates and whether or not that candidate actually wins, they’re success rate is actually one of the worst in the country. The NRA is absolutely one of the most politically impotent organizations in the United States today. Yet Republicans are terrified of them for some reason.

Even when you look at the majority of people in the NRA, they actually support stricter gun laws here in the United States. They want regulation on guns and they are the NRA. But Republicans are so terrified of Ollie North. You know, before that it was Wayne Lapierre. They didn’t want to piss those guys off. They didn’t want to make him angry. So they would go on TV following every mass shooting. Of course, after offering their thoughts and prayers on social media and just spout these nonsense NRA talking points to anyone willing to listen. Well, the good news is that there are fewer and fewer people willing to listen to those NRA talking points today. There’s fewer people today than there were on Friday, willing to listen to them.

We’re getting tired of this. We’re tired of being terrified every time we send our kids off to school, and now we have to be terrified every time we walk into a grocery store. You know, places of worship has been, have been targeted for years. We shouldn’t have to walk around afraid every single day just because the NRA doesn’t want to lose any money. And yet that is the America we live in today. And we live in that America because Republicans are absolute cowards.