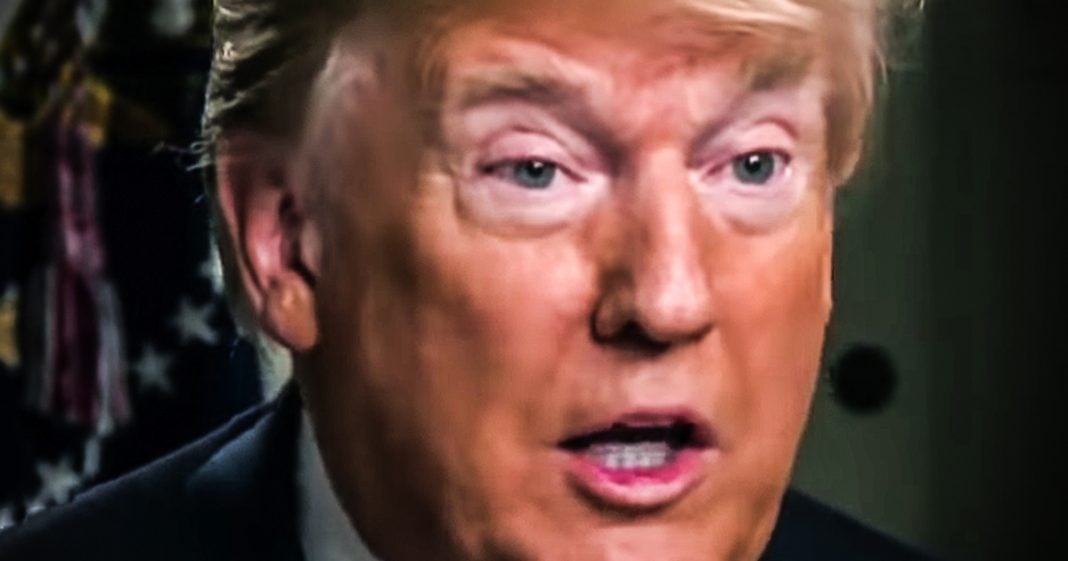 California Governor Gavin Newsome signed a bill into law this week that will prevent Donald Trump from appearing on the 2020 ballot if he does not release his tax returns. This might get under Trump’s skin, but given the fact that California is a solid blue state, it isn’t likely to change his position on releasing those tax returns. Ring of Fire’s Farron Cousins discusses this.

On Tuesday of this week, California Governor Gavin Newsome signed SB 27 into law, which is the Presidential Tax Transparency and Accountability Act, which says that if anybody running for president or for governor in the state of California, if you do not submit the last five years of your tax returns to the California Secretary of State, you can’t have your name on the ballot. Those are the rules. That’s the law. Now in the state of California, and let’s not beat around the Bush here. This is 100% directed at forcing Donald Trump to release his tax returns. That’s why this happened. Now here’s the thing. Donald Trump has a 0% chance of carrying the state of California and winning any of their electoral college votes. So is a state that he has no chance of winning, preventing him from being on the ballot, going to hurt him. Probably not. Is it going to force Donald Trump to release his tax returns?

Probably not. Is it going to backfire and create some sympathy for Trump showing how these mean liberals are trying to keep him off the ballot because they’re so scared of him. Probably when I first read this story, I liked it. You know, I thought, hey, this is a good thing. We do need every person running for a high office in this country. We need to know their financials. We need to know what they’re invested in to make sure there’s no glaring conflicts of interest here. Make sure everybody’s playing by the rules. And right now, Trump doesn’t appear to be playing by the rules and he certainly isn’t giving us his tax returns. But nonetheless, when you think about the backfire, this could have, you know what’s going to happen when Donald Trump goes down to Texas, right? Where he is currently losing to Beto O’Rourke, Bernie Sanders, Elizabeth Warren, and Kamala Harris, any four of them, head to head against Trump and a presidential race in Texas.

They beat him right now. But what happens when he goes down there to Texas and he says those Hollywood liberals out in California? Cause that’s what Ted Cruz talks about when he runs and it works for him. But those Hollywood liberals, they hate me so much. They’re so scared of me that they’re trying to keep me off the ballot. They passed a law keeping me off the ballot. Are you going to let them do that to me? Are you going to stand up and say, we’re not going to let California become the US. That’s going to get them some extra percentage points. I can promise you that. Not to mention the fact that in this one particular instance, I believe Trump’s lawyers are correct because they’re already saying, one, we’re taking this to court. This isn’t going to stand, and they’re right. It’s not going to stand because the qualifications for president of the United States are already set in the US. A state cannot change that. Now, there may be a couple technicalities somewhere in there where a state can say who can or cannot be on the ballot, but I don’t think it’s going to stand. And that is unfortunate because every state should have this law that should be a federal law that if you don’t release your tax returns, you can’t be on a ballot.

You know, screw the, oh well, it’s tradition, but it’s not required. No, make it a requirement. People need to do this. People need to see this, and that’s what needs to happen. But I am concerned that this could backfire spectacularly and end up helping Donald Trump. We kind of got them on the ropes right now. You know, if they were to open an impeachment inquiry in the House of Representatives, we, we’d put them even past the ropes really at this point. But to do something like this that he’s going to be able to go out there and create some sympathy for him. That’s not what we need right now. When you’ve already got them, where all you got to do is deliver one knockout punch, don’t create a bunch of sympathy for him and give him this groundswell of energy to come back and punch you back. But I’m afraid that is exactly what’s going to happen with this California law.