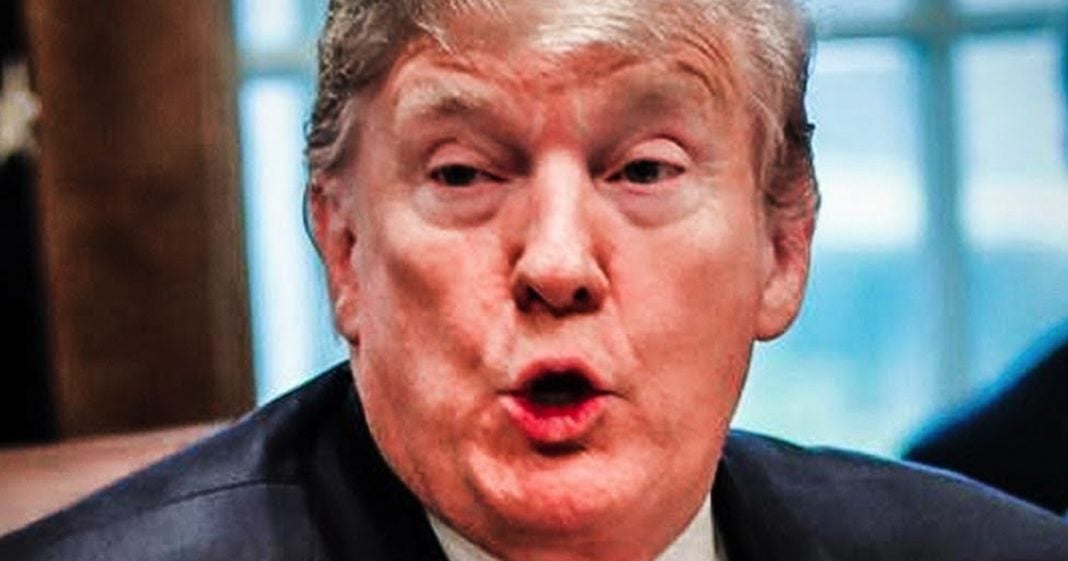 Donald Trump sent the stock market into a downward spiral on Thursday when he announced that he would be putting an additional 10% tariff on $300 billion worth of goods from China. But later in the day, he made the claim that Americans aren’t the ones paying those prices, China is. Either the president is lying to us again, or he honestly doesn’t understand how tariffs work. Ring of Fire’s Farron Cousins discusses this.

On Thursday, Donald Trump sent the stock markets spiraling down a little more than 300 points after he announced that he was going to be putting an additional 10% tariff on $300 billion worth of goods from China. We’re don’t worry folks, because he assured reporters later in the afternoon after announcing this horrid plan that Americans don’t pay the tariffs. China does your big old goofs. He didn’t add the big old goofs part, but he did say that American citizens aren’t the one who pay tariffs. It’s the other countries. They pay the tariffs. So at this point, Donald Trump is either painfully ignorant or he’s absolutely lying to us like he does every time he opens his mouth. And the reality is probably a combination of the two.

Americans pay the tariffs. We know that all of the numbers say that. Heck, even some of Trump’s advisors have accidentally admitted on TV. They, yeah, were the ones who pay them. And it hurts us because yeah, China technically has to, you know, pay it and they tack it on to the price or they don’t lose any money. China’s doing just fine with these trade wars. It’s American citizens and American businesses who are suffering. But Trump doesn’t seem to care about this cause this is all about winning. But if he wanted to actually win, the thing he would do right now is immediately remove all of the tariffs that he’s put in place. Because here’s what’s happening behind the scenes.

You know, it’s one thing to talk about, oh there’s more tariffs. It’s hurting us. We know that. We’ve discussed that plenty. But let’s not forget the right now. I mean quite literally right now there are trade talks happening with China. We do have a delegation over there right now that are supposed to be working things out. China is not willing to work things out because Trump keeps putting more tariffs on them. You know, they came close to a deal back in a, it was back in May, you know, they were very close to a deal. And then Trump in the middle of negotiations comes out and says, I’m putting more good a tariffs on Chinese goods. So China says, well guess what? This deal is now off the table. Thanks, but no thanks.

So again, right now, just like back in May, we haven’t delegation over there. They’re working this out. They’re trying to get everybody happy and get rid of tariffs when they can. And Trump says, Huh, I’m going to put 10% tariffs on $300 billion worth of your goods while you’re sitting at the table talking to my guys. This starts September 1st, by the way. Um, yeah, China’s not going to be happy about that. And China is increasingly going to walk away from that table. The more you do this nonsense, you moron.