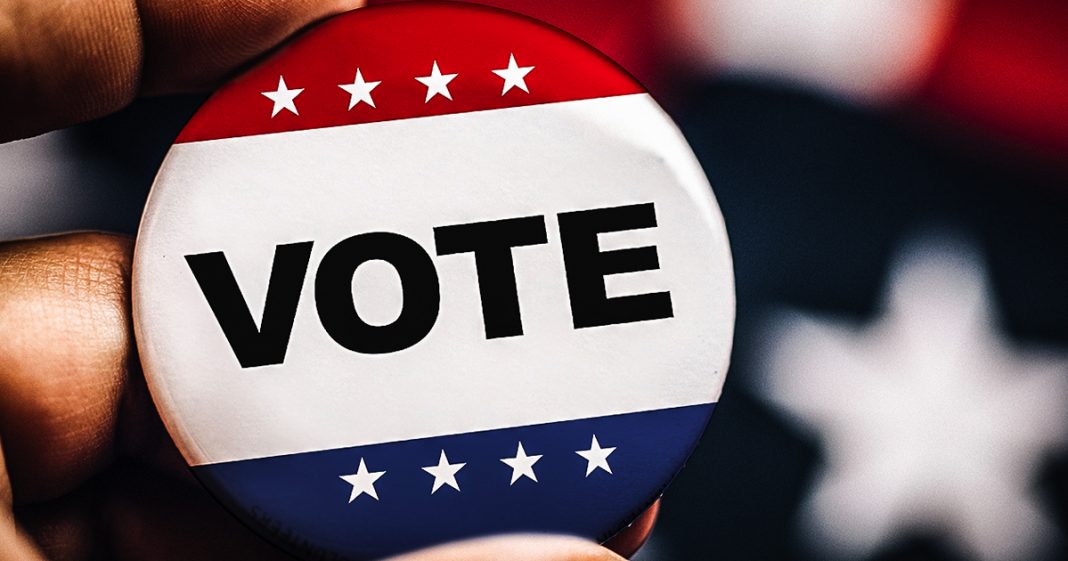 According to new reports, 17 million eligible voters have been purged from voting rolls in the United States since Donald Trump took office, with the vast majority of these purges happening in stated that have a history of discrimination. This is not an accident and it is not a coincidence – this is exactly what these purges are all about. Republicans benefit from low voter turnout, and they only way they can secure lower turnout today is to cheat. Ring of Fire’s Farron Cousins discusses this.

Here’s why this is happening. Back in, I think it was 2013 we had the case of the a Shelby County v. Holder. That ruling from the Supreme Court said, Hey, all you states that we know are discriminating against people, but you’re protected by the voting rights act because we got to come in and monitor you and make sure you’re not being discriminatory. We’re throwing that out so nobody’s looking over your shoulder anymore. As the Supreme Court said,

There’s no discrimination in the United States today. The a Supreme Court told us back in 2013 so we don’t need to look over your shoulder. You’re perfectly fine and oh my God, what happened next? They started purging people left and right, 17 million from 2016 to 2018 which is roughly the same amount that were purged from 2014 to 2016 and now some of these purchase are totally accurate, right?

You’ve got dead people on the voting rolls. You got to move them off. But Oh, here’s what happens. In reality, you know that say a man named John Smith is dead and then you see a bunch of other John Smiths on there as well cause it’s a very common name and they’re registered as Democrats. You know what? Let’s just say that we think they’re all the dead John Smith and get rid of them. Oh, this person has the same name as a felon. We don’t want to distinguish between the two, so let’s just purge all of them. And then we’ve taken eligible voters off the voting roles who overwhelmingly seem to be Democrats because discriminatory voting practices always benefit the Republican Party and harm the Democrats. And I am not speaking in hyperbole here folks. This is not an exaggeration. This is actually how voting role purchase happen. That’s what happened down in Florida in the 2000 election.

They had a bunch of people whose names happened to be identical to those of felons and so all of them were purged from the voting rolls because your name match, somebody who wasn’t eligible to vote. And we all know how that 2000 election eventually turned out pretty much changed the course of the United States. Right? We wouldn’t be sitting here talking about Donald Trump each day. Had that 2000 election gone differently. I can promise you that it would not have happened. We wouldn’t have had the dumbing down of American politics that we did during the eight years of George W. Bush.

That’s a sad fact, but it happened because of voter purges and voter purges are picking up steam and it’s all because the Republican controlled Supreme Court said, we don’t need to apply the voting rights act to your area anymore, even though we know you’re going to discriminate because if we apply it to you, it’s going to hurt the Republican Party and help the Democrats. But if we repeal it, Republicans get a boost and you can purge all the Democrats you’ll want. That’s what’s happened. That’s what’s going to continue happening ahead of the 2020 election and I don’t know if there’s much we can do to stop it short of encouraging people, especially if you think you have a more common name. Make sure you check with your state. Make sure you repeatedly check with your state to make sure you are still on those voting rolls. And if you are not, do whatever it takes to get back on.