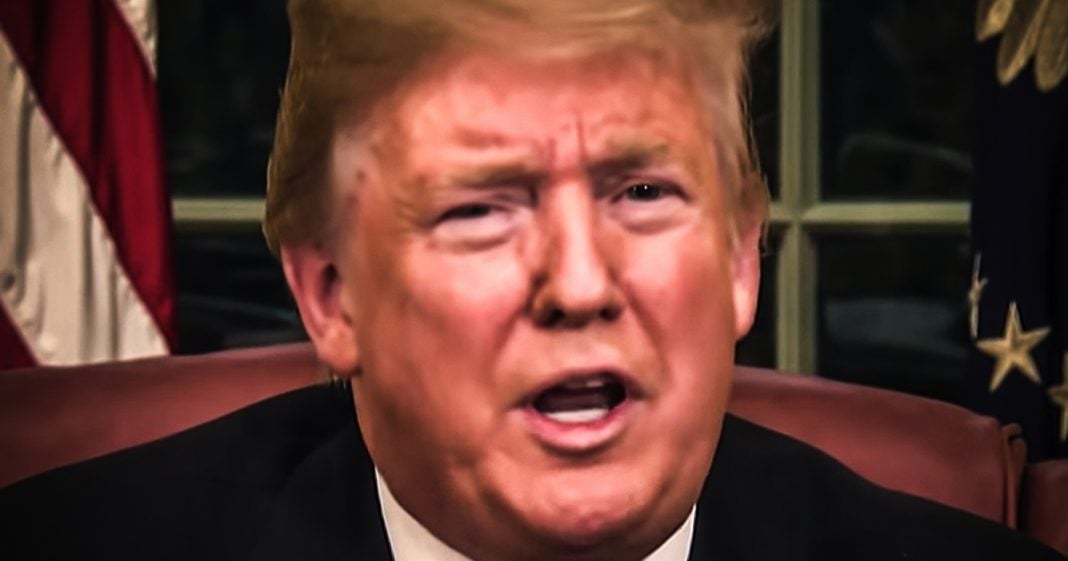 Five Congressional Republicans have announced their retirements this year, with many of them citing the fact that Donald Trump is an embarrassment and they can’t stand the thought of having to put up with him for another minute. The Republican Party is terrified that the floodgates are slowly opening and that even more Republican lawmakers will follow suit as the President grows more and more deranged. Ring of Fire’s Farron Cousins discusses this.

Folks in just the last two weeks, we have had five different Republican members of Congress announced that they will not be seeking reelection in 2020 and they are starting with the most recent Mike Conaway. We have also had Paul Mitchell, Pete Olson, Martha Roby, and Rob Bishop. Five different Republicans over the span of 14 days. Tell us I ain’t coming back to this place after 2020 so you just get along without me. And there seems to be a bit of a common thread among these five Republican members of Congress. They have said that, oh, it’s so hard to get anything done, and there’s so much fighting all the time, and God, Donald Trump’s such an embarrassment to us, and you know, what’s the point of doing all this? And whoa, Whoa, Whoa, what Donald Trump’s bit of an embarrassment, right? You don’t like having to go out there every day and defend his stupid stuff that he says on Twitter.

In fact, Mike Conaway, the most recently a announced I’m retiring Republican has was actually one of the first Republicans to come out and say that Trump’s attacks on the squad were unacceptable. They were detestable. And this is not okay. This is not how this works. You cannot do this. But I do imagine, and believe it or not, part of me does have a little bit of a sympathy for these Republicans. It’s got to be tough. It’s got to be tough coming out there every single day trying to defend what this idiotic president is saying on Twitter. It’s got to be difficult to come up with new ways to justify his behavior. And these Republicans are tired of it and they’re getting the hell out of DC because of it. And the Republican Party right now is actually terrified that more and more Republicans are going to follow suit out of these five Republicans who are retiring.

I think three of them are in very safe, conservative districts. Really, there’s no chance of Republicans actually losing that seat. They’ll just find somebody new to put in it. Two of them are in play now. That’s scary for the Republicans because while it’s unlikely they will win the House back in 2020 they don’t want to lose bigger majorities because then that’s going to make winning the house back in the future a lot more difficult. It is tough to beat an incumbent dude regardless of the district. It’s tough to beat an incumbent, and if Republicans lose two, three, four, five, six, seven, eight, nine, 10 more seats, that could shift power for another four or five, six, seven, eight years, and they understand that every seat matters even in a chamber, 435 seats. And that’s why Republicans are scared because Donald Trump has obviously not changing his ways. He’s not going to change the way he speaks. He’s not going to change the way he acts, and in fact, he’s only going to get worst, which we have seen in the last seven days. Folks starting with the attacks locks last Saturday’s, excuse me, on Elijah Cummings. It’s gotten worse from there.

They’re going to get worse as time goes on. I guarantee you, this time next week we’re going to be talking about the latest Trump Twitter outrage or the latest, you know, nationalistic outburst because that’s what he does. But hopefully also this time next week, we’re telling you about the sixth Republican who decided, I can’t take this anymore because that’s what Trump is doing to the Republican Party. Now, the downside, all this because yeah, there is one is that when these people who, yeah, their policies suck as Republicans, they’re, you know, not great. They harm pretty much anybody who’s not the top 1%. But as those people who maybe don’t believe the same things Trump does as they leave, they’re going to be replaced with more Trump’s suck ups. It’s sure there’ll be the minority in the house, but that’s going to set the stage for what the Republican Party is going to be for a generation. So while I do like the idea of Democrats picking up a few more seats, I’m also terrified of the thought of more little bitty Trump’s sprouting up and claiming a few more seats in the next election.