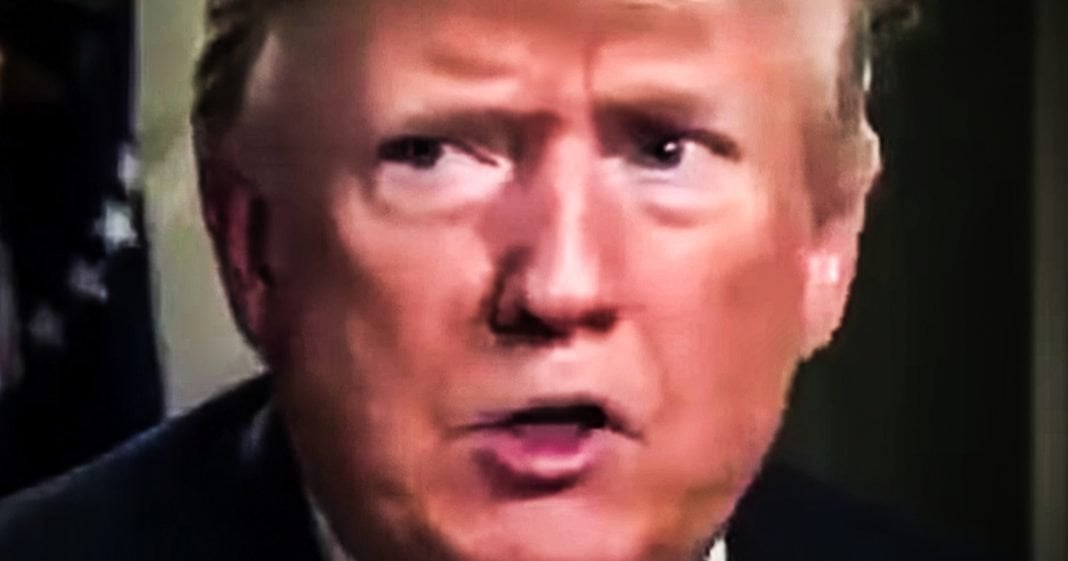 Donald Trump’s attacks on both Elijah Cummings and the city of Baltimore show a clear disdain for the United States. Not to mention the fact that he once referred to this country as a “hellhole.” If he hates the country so much, then by his own standards he should leave it. There really aren’t that many people who would miss him, and maybe we could start making the country better without him in office. Ring of Fire’s Farron Cousins discusses this.

You know, I think one of the things that bothers me the most about Donald Trump’s ongoing attacks on Elijah Cummings, the city of Baltimore, a Cumming’s district, his attacks on “the squad” and the districts that they represent is even attacking Pelosi now in the city of San Francisco saying how horrible it is. You know, it really strikes me that Donald Trump does seem to really hate the United States of America and by his own standards that we were talking about two or three weeks ago. Doesn’t that mean he should leave the country? Like he needs to get out, go buy a plane ticket and go away forever? So we never have to see or hear from you again?

Because again, this is a man, president of the United States who got so angry when people were criticizing the actions of this government just a few weeks ago, wondering, Hey, we shouldn’t be putting kids in cages and making them drink from toilets. That’s bad. Trump took that as hating America. So what do we call somebody who says that cities in the United States that are mostly black cities are rodent and rat infested where nobody would ever want to live in just a few years ago, remember Donald Trump actually referred to the United States itself as a Hellhole is before he got elected, talked about how horrible the country was, how downhill it was going. In fact, it got to the point where literally every single Republican candidate up on that first primary debate stage was talking about how crappy the United States is that Jeb Bush actually had to come forward and say, listen, unlike everybody else, I don’t think this country is a piece of crap. I do not think things are all that bad. We’re not horrible.

And then he got ridiculed to the point of a obscurity and never recovered from that because Republicans have been telling us for years and years and years that this country sucks. Trump especially he’s, he’s been leading that charge. He’s still leading that charge today. The only things he thinks are good are the things that he’s done, which honestly haven’t been that good. Or they just announced the other day, they’re going to spend $14.5 Billion dollars to buy the votes of farmers who have been hurt by Donald Trump’s trade wars. That’s the bailout these people get. And of course they’re doing it right as we head into election season. So that may be some of these farmers, even if they’ve gone completely bankrupt, because those bankruptcies have hit a 10 year high, uh, they, yeah, maybe they’ll think Trump’s a good guy in low vote for him again because he just gave them a buttload of cash.

But the truth is that Donald Trump absolutely hates this country. He has made that clear to us. He hates the people. He hates the cities. He hates the land and air itself that physically make up this country. And again, by his own logic, according to his own standards, that means that he needs to get the hell out of here immediately. And Trust me. There aren’t as many people in this country that would actually miss him as he’d like to think.