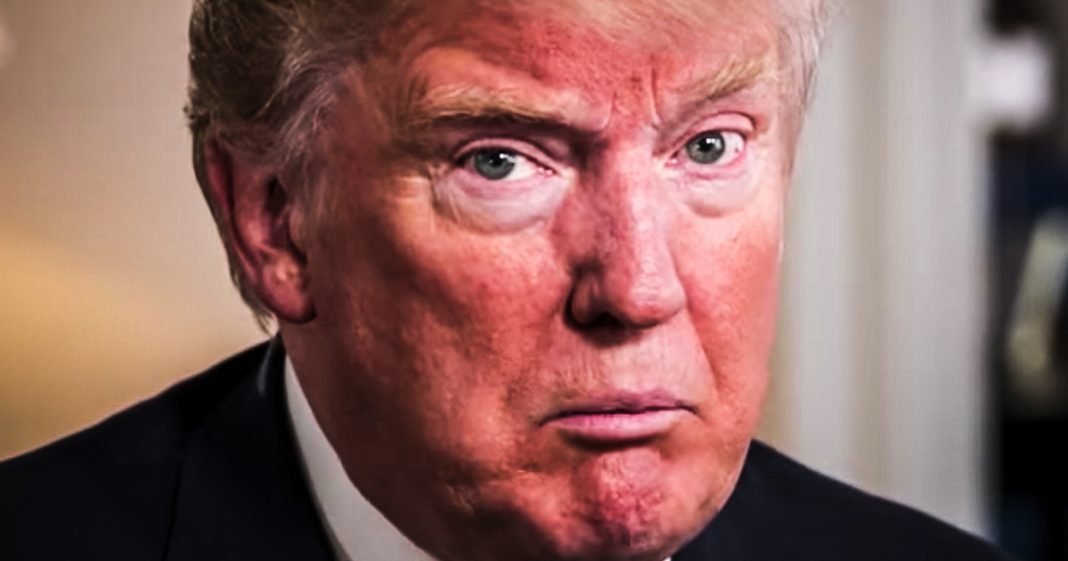 More than 100 Democrats in the House of Representatives now support moving forward with an impeachment inquiry, a surge that occurred shortly after Robert Mueller’s recent testimony and amid Trump’s nonstop Twitter meltdowns. Impeachment is the only option at this point to uncover the crimes committed by Trump, and a strong focus needs to be on his financials. Ring of Fire’s Farron Cousins explains what’s happening.

Part of this increased the surge really in the number of Democrats in the house who want impeachment inquiries came after Mueller’s testimony, right? They think they pretty much got ’em on obstruction of justice. Some of it is due to the fact that the president appears to be getting more racist by the day, and he is a very real threat to people of color here in the United States. It’s going to get worse. It’s going to inspire violence for the love of God. Get him out of office before he gets people killed. More people killed, I should say, actually.

So as the president grows increasingly unstable, more and more Democrats are joining in. There’s just that one roadblock, and that is democratic speaker of the house, Nancy Pelosi. Now Pelosi understands that impeachment could be an gamble, right? Maybe it’ll help him politically. Maybe it’ll hurt them politically, but at this point it doesn’t matter. We’re done with that crap. It doesn’t matter if it means the Democrats lose the presidency, the Senate and the House of Representatives in 2020 move forward with the damn impeachment inquiry. Now, that’s where we’re at, folks. That is where we’re at because this isn’t about politics anymore. This isn’t about, oh, was this going to hurt the Democrats? Could we still were? I don’t care. I don’t care. I don’t care. And most of us don’t care anymore either. You see what this man is doing on a daily basis, right? You understand what’s happening.

You see the racist attacks coming out of his Twitter feed coming out of his mouth when he goes and gives a speech, the hate that he is churning up at his rallies, the send her back chance open the impeachment inquiry, and I promise you that first of all, it doesn’t even matter if it hurts you, but second of all that there’s no chance in hell that it’s going to hurt you if you do it smart. Don’t go for the collusion. You can work on obstruction, but you want to take this man down. You get your hands on the tax returns. I don’t care if it’s state tax returns and not as federal ones. You get whatever you can get because they’re sitting up in New York waiting for you. You get as business tax records, you get his financial records from the banks who have said they’re more than willing to give them to you. You get off your butts and you get this done because if you want to pop him for very real crimes big enough to make people in this country understand that he is a crook.

Without a doubt. You’ll look at the bank records. You’d go after the emoluments cases too, while you’re at it. Obstruction. Yes, it is serious, but most people in this country, we’re going to view that as a big yawn issue. Okay, so he yelled at somebody and didn’t want him to testify. Is it really that much of a crime? The answer is yes it is, but to average Joe voter, he isn’t going to care about that. But if you can pop him on money laundering, if you can pop him on tax evasion, if you can pop him for just not even being a billionaire, that’s going to cause more damage to Trump’s ego than anything else. But you only get that with the tax returns, with the banking documents, with the business records, anything short of that and an impeachment inquiry is not going to work out well for the Democrats. But you get those documents and suddenly you’re in control and you will watch this man spiral out of control to the point where everyone in this country is going to have to look at him and say, you know what, president seems a little nutty, doesn’t he? And that is going to work out in your favor along of course with whatever crimes you happen to find.