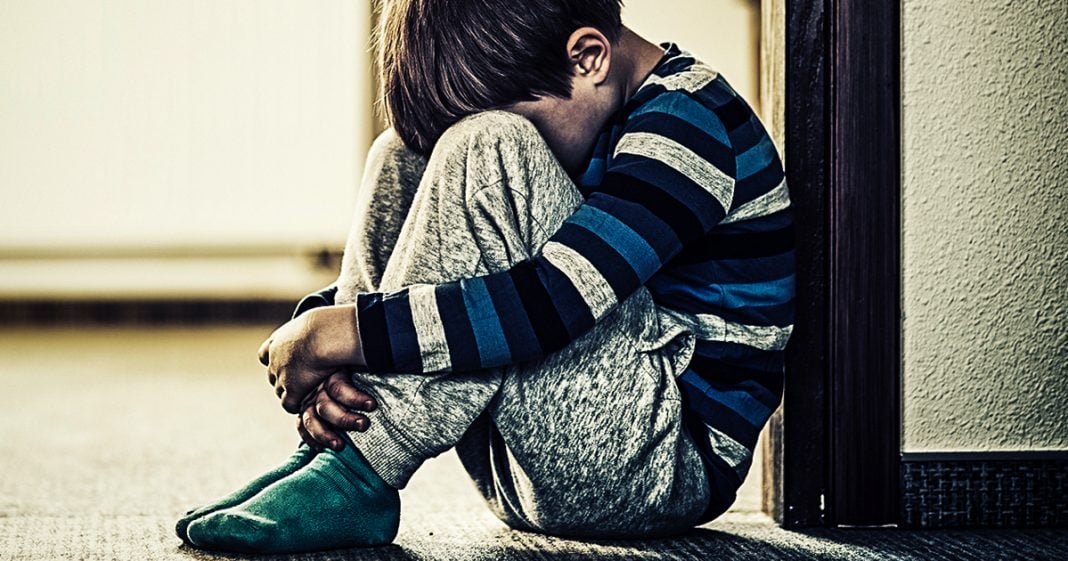 The recent decision, and near-immediate retraction, by a Pennsylvania school district to throw children into foster care if they have student lunch debt is the latest in a long line of policies in this country designed to punish people for being poor. And these policies are almost always pushed by the Republican Party. To say that the party lacks empathy is an understatement, but it also doesn’t fully capture the nature of today’s GOP. Ring of Fire’s Farron Cousins explains the REAL problem with Republicans and their anti-poor policies.

Recently, a lot of people in this country were shocked to learn that a Pennsylvania School district, specifically the Wyoming Valley West School district, decided that they were going to basically kidnap people’s kids if they had school lunch debt. They were going to take somebody’s kids, put them in foster care if their parents were not able to pay off their school lunch debt. Now, the people who made this decision pretty much after the public learned about it, backtracked on it and said, okay, well we weren’t going to let people donate, uh, to go ahead and pay these lunches, but now we are. So maybe we won’t have to turn them over to foster care because their parents are poor.

Now, there’s no clear indication at this moment whether or not the people in this school district were Democrats or Republicans who enacted this law. But given the history of both parties, I think it’s pretty easy to tell what ideology these people on this a school district, school board, uh, are. Democrats typically don’t do stuff like this. Republicans always tend to do stuff like this, and that’s the bottom line. Know this is bigger than just this one story or this one incident. This is what the Republican Party does. It’s what they’ve been doing for my entire lifetime.

And what gets me is that a majority of people who vote for the Republican Party in this country, they don’t have the money. There are people that probably would have lost their kids because of school lunch debt. There are people who are going bankrupt because of medical bills, and they don’t even stop to realize that the Republicans are the ones who did this to them and the Republicans don’t care about them. I, I’ve, I’ve seen a lot of analysis over the years. Everybody says the Republican Party just lacks empathy. They do, but it’s also far more intense than just that. You know that that’s an easy statement to make. That really doesn’t address the problem. They lack empathy. Move on. No, there is a sociopathic quality about the Republican Party and the pathology of a sociopath does say that they do completely lack empathy among so many other things.

And that’s the point. Republicans would rather sit there and blame people for being poor, saying, you’ve obviously made bad choices in your life. This is all your fault. No one else to blame but yourself. But in reality, sure, these people could have made bad decisions. Most of us at some point in our lives do fall on hard times. Some because we made bad decisions. Others just because of circumstance. I’ve fallen on very hard times earlier in my life based on both of those things. Some things that I did, some things that I had no control over.

But here’s the thing. The system is not designed to allow people to escape those circumstances. We see it with the payday lending industry, right? You know, if, if, if a low income person falls on a hard time, if they’ve got to get their car repaired or if they’re not able to get to work, they have to go take out these payday loans and suddenly they’re paying a thousand percent interest rate on a loan that is now just going to get bigger and bigger and bigger because you can never pay it off. So you can never grow from the situation that you’re in. You can never save up money. You can never build a better life because you’re always one or two steps behind. I’ve been in that situation and through sheer luck I got mostly out of it.

But Republicans don’t want to admit that the system is screwed up because to admit that the system is screwed up would have to be admitting that their policies are garbage and that capitalism isn’t as great as they think it is. So they blame the victim, they blame the people. It’s your fault you are in this situation. If you don’t want to be in this situation, just work a little harder. Maybe going to work about an hour early, bust your butt there. But that’s not how it works. There are so many factors working against poor people in this country and Republicans are the ones who helped to put them in place. And they’ll never acknowledge that it’s not these people’s fault cause to do that is to admit that they were wrong and that their policies do not work.