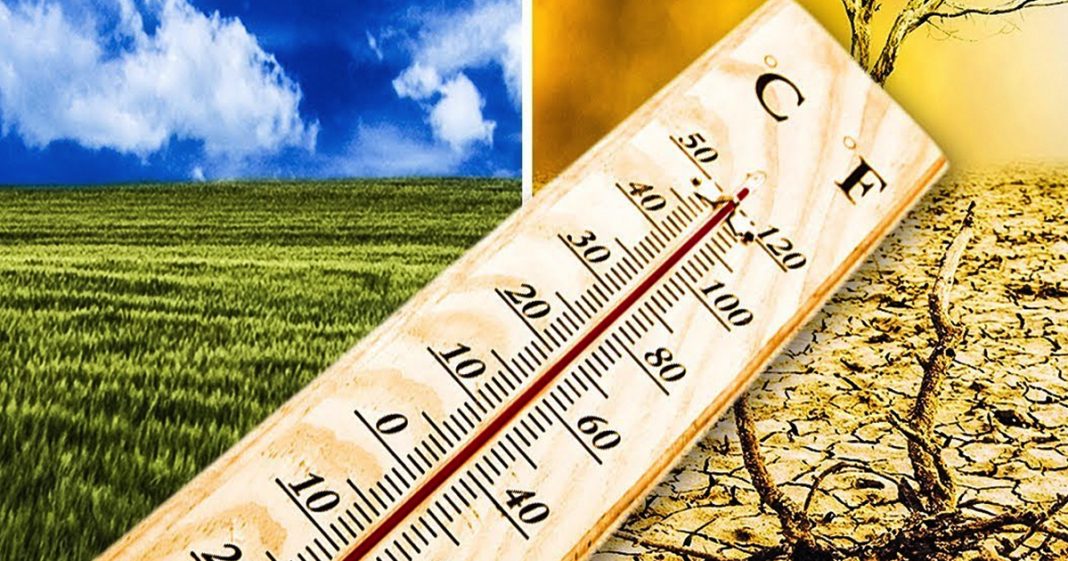 We’ve now gone through twelve months since the first alarming climate report telling us to take action by 2030 to avoid the worst impacts of climate change, and so far in the US, nothing has changed. We are no longer “12 years” away from catastrophe, and if we continue to do nothing, that time frame is going to shrink faster than the days tick away on the calendar. Ring of Fire’s Farron Cousins discusses this.

Well folks, we’ve basically hit the one year mark since we started getting the very first alarming climate reports telling us that we had 12 years to take action to avoid some of the very worst effects of global climate change one year down the tubes. And I know the UN report came out closer to the end of last year, but that wasn’t the first one. Folks, those of us who do follow environmental, uh, issues very closely, we were getting reports like that as recently as last August and September.

Okay, we’re here. A year is ticked by, so that 12 has now become an 11. We have 11 years to act except here’s the thing, we don’t really have 11 years, probably closer to about seven or eight years. And the reason I say that is because as we wait, as we do nothing as a country, and I’m just talking about the US here, other countries have done some good things. They understand the significance of the report and they are trying to make the changes. But here in the United States, we’re not, we 100% are doing nothing only because we have a party in power. The Republicans who are refusing to let any action happen. There have been ground swells of different movements, of different level legislation. You know, from progressive’s, from Democrats, from liberals, from independents out there. People saying, let’s do something. Here’s my plan. I have it. The Republicans are the ones who aren’t letting it become a reality. So when I say we’re doing nothing, please don’t take that as me undermining any of the people who are trying to do things. There’s a lot of things we’re trying to do as a country, but one party is standing in the way and they just let a year tick buy off that 12 year countdown folks. And at the same time we’re increasing our emissions.

Everybody else around the planet has tried to reduce them because science says that’s what we have to do to basically save the planet and we’re increasing them. Here in the United States, Donald Trump is leasing off new areas for oil exploitation, fossil fuel exploitation, offshore drilling, drilling in national parks. Coal mining and national parks, fracking in national parks, fracking next to schools. Everybody else is trying to get off fossil fuels and we’re doubling down on them at this point. We’re moving backwards at a time where we have no other choice but to go forward, and again, it is 100% because of Republicans in Washington DC that we can’t have any kind of transition to renewable energy.

Republicans spent eight years during the Obama administration talking about how bad renewable energy was, how Obama was launching an alleged war on coal. How Cylindra represents the biggest failure of renewable ever improves. Why it will never work, even though Cylindra actually ended up being profitable after all those talking points. It’s nonsense. It’s Pablum, but it’s because those people are taking in more fossil fuel money then the Democratic Party is now. That’s not to say that there’s not bad democrats out there fighting climate change or fighting action on climate change. Oh, there’s plenty of them folks. There’s plenty of Democrats out there pulling a fracking money, pulling coal money. There’s like a Joe Manchin, a Hickenlooper, I believe maybe? Is it Hickenlooper or Bennett, I’m sorry, I forget which one.

I think it was Bennett actually, but these people are right there in the pockets of the fossil fuel companies just like the Republicans are, but there’s more far more Democrats who want to take action. Democrats who have written up plans come up with ideas with the help of the sunrise movement coming up with the green new deal, our children’s trust out there fighting in court to force the government to take action on climate change. That’s the biggest one. That’s the one we need to keep an eye on and cheer for because if that’s successful, it won’t matter if Republicans are the ones in office, they will be forced by law to take action. Not fights been going on for years now, but the point is we got these alarming reports starting a year ago and Republicans have let one calendar year tick by. Who knows what that is in climate years, because during that same time, emissions have increased. They increased more than we thought they would. You know, we’ve got glaciers melting faster than we thought they would. So one calendar year might be two climate years, might be a year and a half, might just be one. We don’t know that yet because things are becoming so very unpredictable and they’re getting so much worse than even the best climate scientists had predicted. So I’m willing to bet that one climate or one calendar year that we lost has got to be at least two climate years. But nonetheless, we still have time.

And that’s the message we need to end with here. And that’s the message we need to take with us going forward. We’re not doomed. We’re not doomed by any stretch of the imagination. We have the innovation, we have the technology, we have the wherewithal to do it. We just got to get past the damn Republicans in order to do it. The contrary, a majority of us, we’re ready. Let’s do it. Let’s take the plunge. Let’s save the planet and be remembered for all of eternity as the generation that didn’t just say, well, I guess it’s been a good run. Humanity, see you later. No, we’re the ones who said, listen, this is a problem that affects all of us. Every one of us. It unites all of humanity and we stood up and we faced it and we won. There is still time to make that happen, but it’s not going to happen if Republicans are still in control in DC.