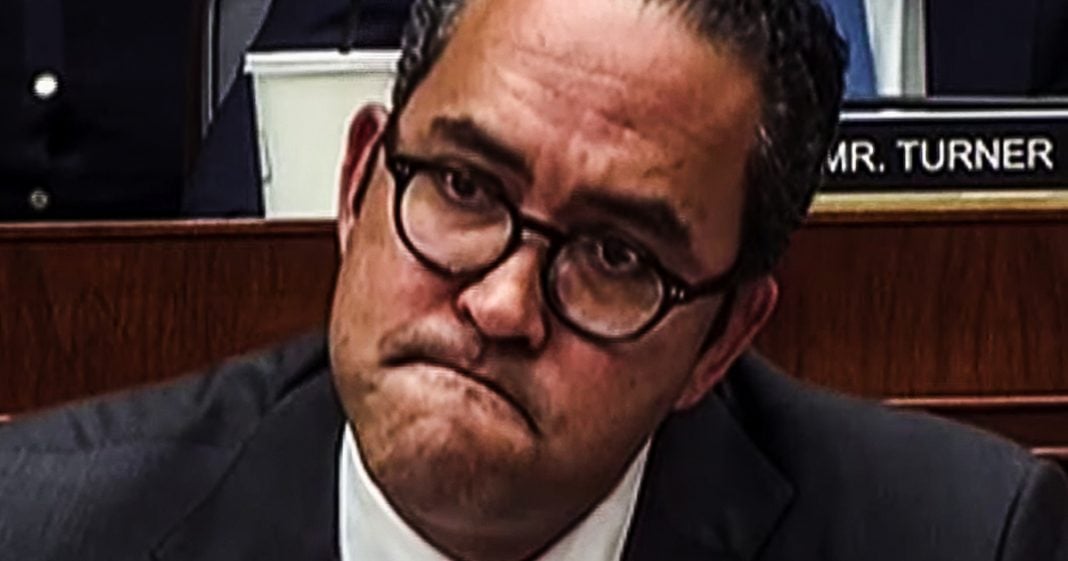 Representative Will Hurd, the only black Republican serving in the House of Representatives, has announced that he will be retiring. While other retiring Republicans have only hinted at Trump being the cause, Hurd had no problem laying out the fact that the President is a bigot and he can no longer put up with this behavior from the President. Ring of Fire’s Farron Cousins discusses this.

Yesterday, Republican representative Will Hurd announced that he will be retiring, not seeking reelection in 2020 he’s only 41 years old. So he had a long political career ahead of him. So why would this man who has not been serving very long in Congress has obviously another, you know, at least what 30 years he could probably serve. Why did he suddenly decide to retire right now? Well, it may have something to do with the fact that Will Hurd is the only black republican serving in the u s house of Representatives, the only black Republican in the house and now he is going to be gone in a little over a year. Will Hurd, has made you know, made it very clear that he believes Donald Trump is engaging right now in bigotry. His attacks on the squad Will Hurd, condemned, said they were not only, you know, xenophobic, racist and inaccurate, but that they’re indefensible as well. So Will Hurd, announces his retirement. He says,

“Serving people of all walks of life has shown me that way more unites our country than divides us.”

That is a shot at Trump folks. That is what he’s talking about here. He may not have mentioned him by name, but this is exactly what Will Hurd is talking about the bigotry that we see coming from the president of the United States at this point on a daily basis. I mean, hell, the president was out this morning mocking representative Elijah Cummings because his home got broken into last Saturday and that actually happened before Donald Trump’s tweets about Cummings. But yes, folks, this is bigotry. This is racism coming from the president of the United States and the only black member on the Republican side in Congress is saying enough is enough. I can’t do this anymore, Will Hurd, is now the sixth Republican in just two weeks to announce that they will not be seeking reelection in 2020 most of these people who have announced that they are retiring suddenly have made it clear that it’s because of what’s happening in DC and what’s happening in DC is that Trump is making the republican party defend his horrible statements and they don’t know how to continue doing it.

They don’t want to continue doing it, but rather than working to get him out of office, which you all could be doing by the way, you just said, screw it, I quit. No, I’m sorry. That’s not the way to do it. If you want to change something, you’re going to have to change it from the inside. In this instance, you know what you can do Will Hurd and other five Republicans who are retiring join the Democrats and calling for an impeachment inquiry.

I mean, heck, when you guys had control of the House of Representatives, you could have taken the lead on this. You could have taken the lead on it and the Senate and then rather than going down with the ship or ending your career over it, you would’ve been the heroes. Your party would have been saved and you would go down in the eyes of the public as the ones who saved the country, but you didn’t. And now you’ve blown that opportunity and that’s a pretty big misstep on behalf of the Republican Party.

The other side here is the fact that we have republicans basically worried about a mass exodus at the moment because believe it or not, six people in two weeks, that’s a lot of people, folks. I know there’s 435 seats in the House of Representatives, whatever, but uh, six matters. Six matters a lot, and the Republicans right now are absolutely freaking out because they know that Will Hurd is not going to be the last person to say they’re done with all this.