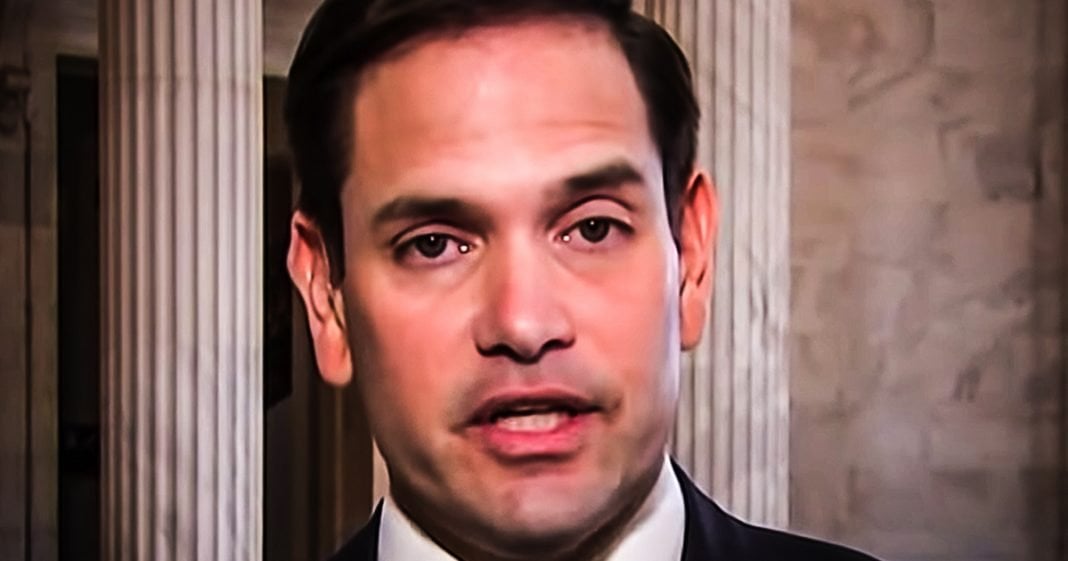 Republican senator Marco Rubio loves to tweet out Bible verses to show everyone what a God-fearing person he really is. But the quote he sent out on Wednesday of this week didn’t exactly have the effect that he believed it would, as the entire quote about 7 things God “hates” all appear to be qualities that Trump possesses, and the Twitterverse was quick to point that out. Ring of Fire’s Farron Cousins discusses this.

Marco Rubio loves to just occasionally tweet out Bible verses from his Twitter account to show people what a god fearing and God loving Republican senator he really is. But on Thursday morning, he sent one out that backfired on him spectacularly. And here’s what he tweeted.

“There are 6 things the LORD hates,7 are an abomination;
-arrogant eyes
-a lying tongue
-hands that shed innocent blood
-a heart that plots wicked schemes
-feet that are quick to run to evil
-the false witness who utters lies
-the one who sows discord among kindred.
Prov 6:16-19″

Uh, maybe somebody who’s out there just bombing the crap out of other countries and admitted that he thought about nuking Afghanistan off the map. Maybe. Yeah, it does. And that is exactly what Twitter users were very quick to point out to Mr. Marco Rubio, that every one of these seven abominations he’s talking about, that’s Donald Trump. I mean, you didn’t even have to put the little proverbs thing down there at the bottom of the, of the tweet. You could have just said Trump’s personality. I mean, you could have just said, this is the description of Donald Trump. If you had to go in and identify him to a police sketch artist, this is basically what you would say, allying tongue hands that shed innocent blood, a heart that plots wicked schemes. You give somebody that description, they’re going to just draw a picture and it’s got to be exactly what Donald Trump truly is.

Marco, and you know that. I mean, you know this, I know you’re not very good at public speaking. You’re not a very good senator, and you’re obviously crappy at Twitter, but you’re not completely stupid. Right, right. You know that this described Donald Trump, so was this some kind of backhand at attack it? Donald Trump, you know, a wink and a nod to the public saying, look, Hey, I know, I know this guy’s bad, but you’re not going to do anything about it. You’re going to sit there and your cushy little office, you’re going to walk onto the Senate floor. You’re going to do whatever Donald Trump wants you to do because that’s what you do. You have no spine. Maybe you start posting some Bible quotes about that, you know, standing up to the wicked, facing down the evil, but you won’t. So I don’t know. No. If this was just you being completely tone deaf, or if it was you sending a coded message to the public that you also hate Donald Trump, but whatever it is, it didn’t work. And all you did was make yourself once again, look even dumber on social media. 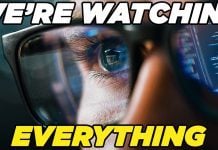