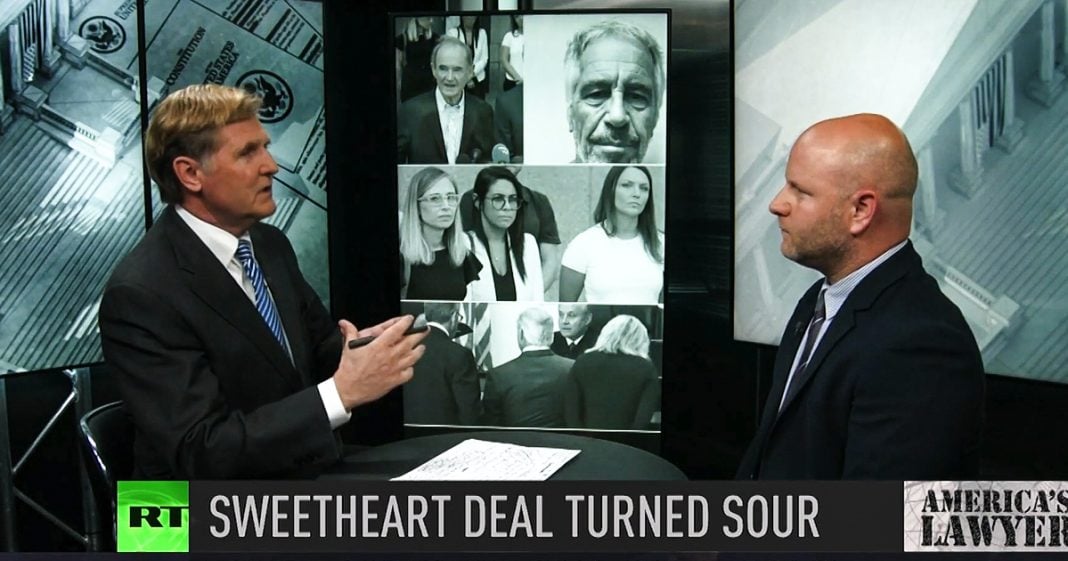 Via America’s Lawyer: Trial Magazines Editor Farron Cousins joins Mike Papantonio to walk us through allegations that Epstein had actually sexually abused victims DURING his Florida jail sentence. His “sweetheart deal” brokered by U.S. labor secretary Alex Acosta had granted Epstein generous work leave from county prison, allowing him up to 12 hours a day unmonitored. Then, legal journalist Mollye Barrows talks about the closing of Eric Garner’s case, stemming from his death by chokehold back in 2014 and NYPD officer Daniel Pantaleo, who will not end up being charged by federal prosecutors for misconduct on the job.