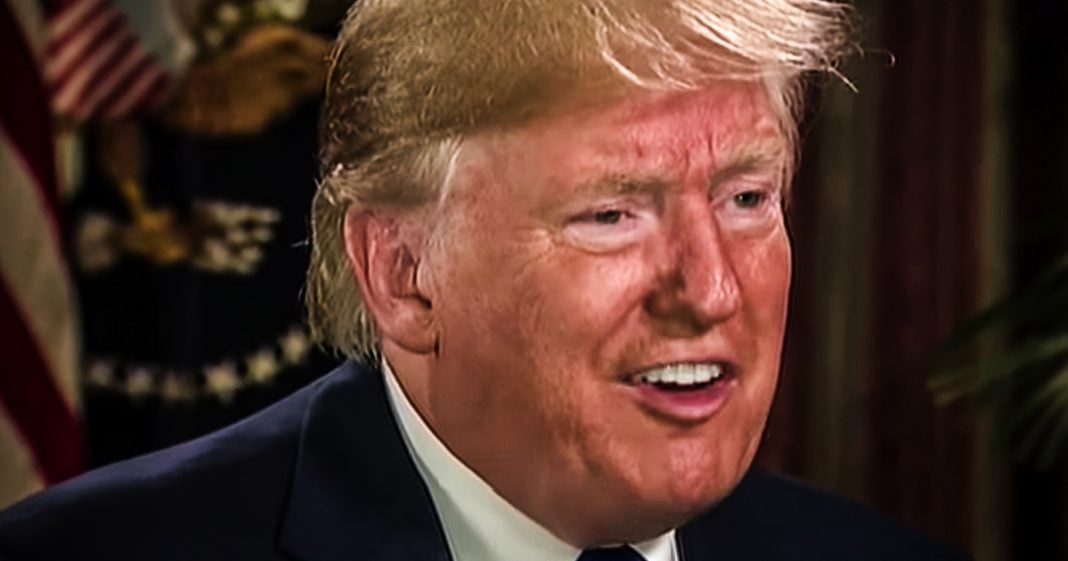 Donald Trump certainly has an odd way of liking tweets. Not only does he share them on Twitter, but according to people who have tweeted out nice things about him, he also has the tweets printed out, he personally signs them with a note of thanks, and then mails them to the  author. Republican Congressman Matt Gaetz has received a gift like this, and former EPA administrator Scott Pruitt received a newspaper article signed by the President when Pruitt had praised him in the article. Ring of Fire’s Farron Cousins discusses this bizarre behavior.

Most of you out there probably a lot like me. You have never had the misfortune of Donald Trump liking one of your tweets. And that’s likely because most of us have never said anything nice about this man at all because he’s never done anything really worth praising. But nonetheless, according to new reports, including personal accounts from a Republican member of Congress, Donald Trump not only likes and shares tweets on Twitter, he also has his staff print them out so that Trump can write a little thank you note and sign them. And then he has his staff mail these printed out tweets to the person who tweeted it originally.

One of those people who spoke to Politico happens to be a my representative here, Matt Gaetz, of course, as usual, right? And Gaetz said that awhile back he tweeted out something positive about Donald Trump, cause that’s what Matt Gaetz near entire Twitter feed is. And then not long after he got low package, he said,

“This is the proverbial Trump gift basket waiting for you in your suite or sent to you.”

And it contained the tweet signed with a little note of thanks and Matt Gaetz. Now has that signed printed tweet hanging in his congressional office to remind him the reward you get for being an absolutely disgusting, empathetic suck up to Donald Trump. But don’t worry folks, if you’re not one to tweet so much, you can still get your hands on a positive note from Donald Trump.

All you got to do is be interviewed by a newspaper or say something kind about him, uh, in a magazine because according to the reports, Donald Trump also goes through all the newspapers every day, including the ones he claims to hate, like The New York Times and the Washington Post, aides say that he reads those papers every single day along with several other newspapers. And if he doesn’t have time that day, he puts him in a big stack, takes them with him on Air Force One and just sits there just going through newspapers all the time.

And then he signed it and sent this article that Scott Pruitt knew he was in. And now he has that. But listen folks, this is not just, wow, the president has some really weird habits. It’s the president is such a raging narcissist that he thinks this is a gift. Me Praising you is a gift. That’s what this is about. Not just the narcissism of I want to go see what people are saying about me, but the fact that you said something nice, I’m going to sign it and that’s a gift to you.

You should be grateful that I took my time to acknowledge your existence. Little one. And people like Matt Gaetz, man, that’s all Matt Gaetz has ever wanted. It’s just for somebody to pretend that they love him. I don’t think he got it from his parents. Obviously his dad had to bail him out of jail one too many times to really get daddy’s love. And now he’s looking forward and Donald Trump, and he seems to be getting it. So Kudos to you, Matt Gaetz, for filling that void you’ve had in your life since the day you were born. But you’re also sucking up to a raging narcissist who pretty much has a mental disorder when it comes to his narcissism. I mean, that is diagnosable, folks. That is something you can go find in the DSM. You can look up the symptoms and you’ll quickly realize that every single one of them applies to Donald Trump.