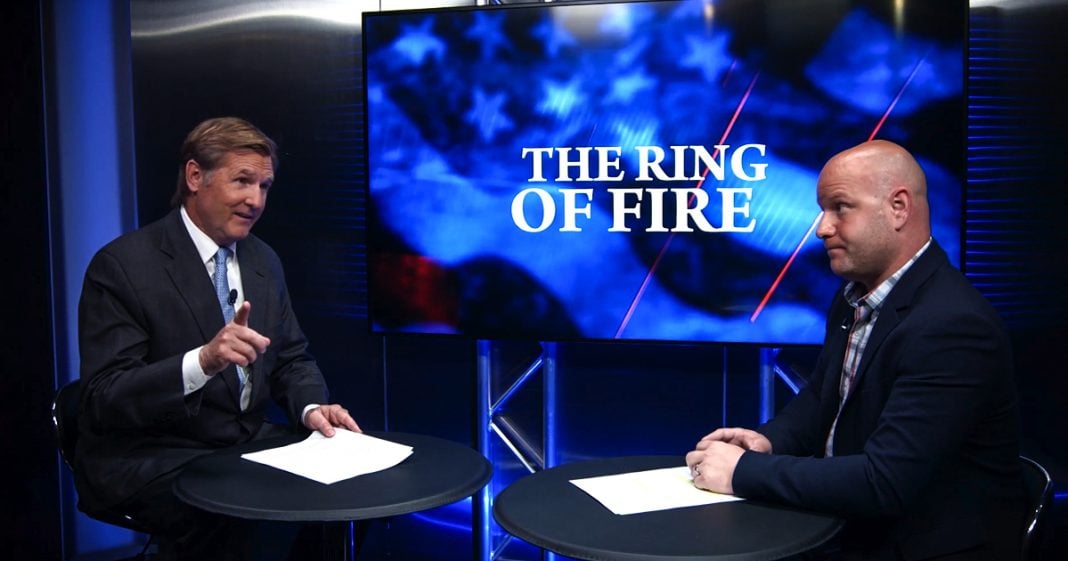 The DNC adopted a new rule that says that you can’t run for president under their banner if you aren’t a registered Democrat. Ring of Fire’s Mike Papantonio and Farron Cousins discuss this.

Mike Papantonio:             The DNC adopted a new rule that says that you can’t run for president under their banner if you aren’t a registered Democrat. Well, we all know what this is. This is the get Bernie Sanders rule. And, you know, as a matter of fact, Debbie Wasserman Schultz was trying to push this, the last election. Hillary was trying to push us the last election. So now it’s here. We got about a, got about a minute. What’s your take on it?

Farron Cousins:                  But when you see these online fights between people who support populism and the hardcore DNC, you know, lovers, they always try to say, well, Bernie’s not even a Democrat. Okay, well, he is still and has been for over a year now according to every single poll, the most popular politician in the country. So you want to exclude him. You want to exclude the millions of, 13 million total people who voted for him.

Farron Cousins:                  Including millions of young voters who never really wanted to go with either party, but went democrat because of Bernie.

Mike Papantonio:             News, newsflash! It’s not Joe Biden, that’s most popular person. They, DNC, I, I gotta tell you something. It’s this nepotism they, they just, they project. They get worse and worse as time goes.