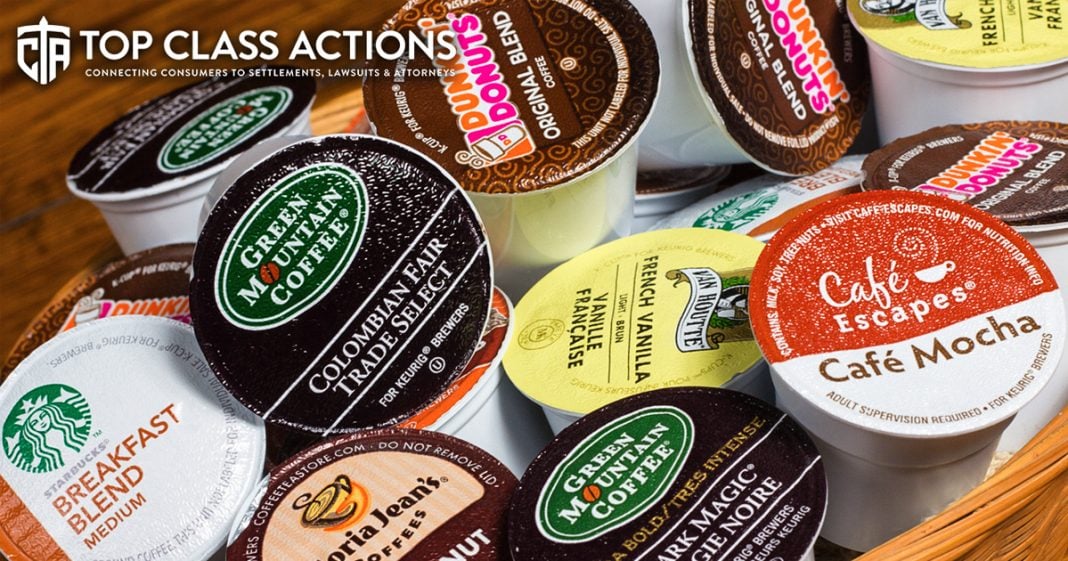 A judge has determined that Keurig must face a class action lawsuit alleging that the company’s “K-Cup” single-serve coffee pods are not really recyclable, as advertised. U.S. District Judge Haywood S. Gilliam Jr. determined that plaintiff Kathleen Smith had sufficiently established her claims, contrary to Keurig’s efforts to have the case dismissed. Keurig said that Smith had not fully shown that reasonable customers would be misled by Keurig’s advertisements that the K-Cups were recyclable. Ring of Fire’s Farron Cousins discusses this with Scott Hardy, President of Top Class Actions.

Joining me now to talk about this case is Scott Hardy from Top Class Actions and Scott, I got to say, reading through this story here, looking at what the judge said to Keurig, basically just smacking them down saying, you’re, you’re flat out lying almost is, is what the judge said. Tell us what’s happening here because this is ridiculous on the part of Keurig.

You throw this into your recycle bin, your local recycler in your state can’t recycle them. Can’t recycle, can’t recycle the polypro, poly, the poly plastic of the containers themselves. Can’t recycle the paper that the filters are made of because they are dirty. Obviously you made coffee and so no, they are not recyclable for consumers. And that’s really what the judge was saying when Keurig tried to get this thrown out is they said, essentially, come on, let’s look at this. If I can’t take this container and throw it in my recycle bin, it’s not recyclable. Thankfully the judge had a lot of common sense there.

Farron Cousins:                  Yeah, absolutely. And in fact, the judge even used common sense in the argument. The judge says, common sense would not so clearly lead a person to believe that a package labeled as recyclable is not recyclable anywhere. And I love when you read opinions like that and these judges, you know, just kind of, I don’t want to say lose it, but they really just say, listen, you know, you’re being dishonest. Consumers know you’re being dishonest. Can we cut through this right now? You’re marketing it as recyclable. It’s right there on the packaging, but you know, you can’t go and recycle this anywhere.

So how is a consumer supposed to know that that’s not possible? And yeah, as you pointed out, there was a big uproar about this just a few years ago because people were, you know, trying to not purchase these things anymore because of the environmental damage they were causing. So Keurig obviously big marketing thing, tries to come out and say, listen, they’re now recyclable. You pop them in your recycle bin, you’re good to go. Please come on back. Well, it turns out that was just marketing and not actually a change that the company made in making their little a K-Cups pods.

Scott Hardy:                          Exactly. You still have millions of people all over the country that are sitting there and taking their K-Cups, tossing them right into the recycle bin, thinking that they’re helping mother nature, not knowing that as soon as those K-Cups hit the recycling plant, they’re all getting separated out and going right into the landfill. And that’s what this class action is trying to address. Don’t claim something is recyclable if the average customer can’t do it.

Farron Cousins:                  Well, and, and what really gets me too is this, obviously this was meant to dupe the consumers. That’s why they put that label on there. People started purchasing them again, you know, after maybe saying, no, I’m going to be environmentally conscious. I’m not going to do this, but now, oh, okay, I can get this product and I’m doing good for the environment now. So, so this is a big one. And based on what this judge has already said in the, the lawsuit, this sounds like something that’s going to be a big win for consumers. And given how popular the Keurig machines are, hopefully a pretty decent payout for lots and lots of people.

So if you are the person who likes to use these K-Cups, if you have been duped by this recycling label, follow the link in the description of this video. Head on over to topclassactions.com and while you’re there, sign up for their weekly newsletter. Scott Hardy, Top Class Actions. Again, I love talking to you. I love hearing these stories. Keep up the great work. Thank you very much.