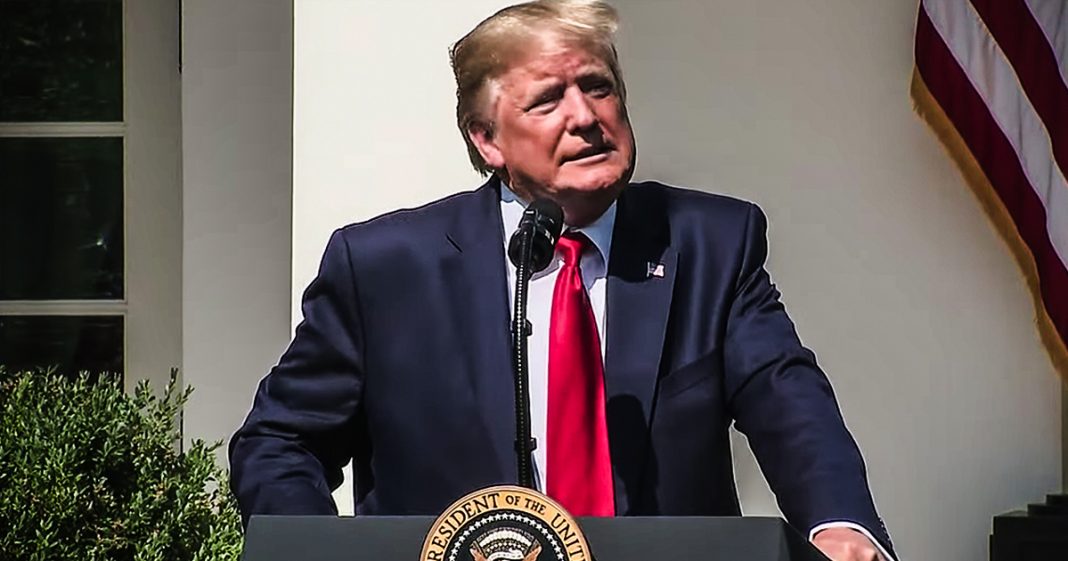 During a ceremony yesterday, Donald Trump told a group of first responders that he was there with them during the attacks of September 11, though he admitted that he wouldn’t call himself a “first responder.” This is not the first time Trump has made this claim, and, like before, it is an absolute lie. Trump was never there. Ring of Fire’s Farron Cousins discusses this.

Yesterday, Donald Trump held a little ceremony at the White House to, uh, basically celebrate the legislation that was recently passed that’s going to extend the September 11th victim compensation fund. And in his ceremony, he had the audience packed with first responders who were there that people who actually helped clear the rubble, helped find people and who also suffered horrible illnesses as a result of this. And during this ceremony, rather than celebrating these people, Donald Trump, again tried to make it all about himself with one of the most absurd lies that he’s ever told. And it’s a lie that he’s told them multiple different occasions. Here it is.

“It also provides pensions for those who are suffering from cancer and other illnesses stemming from the toxic debris they were exposed to in the aftermath of the attacks. Many of those affected were firefighters, police officers, and other first responders, and I was down there also, but I’m not considering myself a first responder, but I was down there. I spent a lot of time down there with you.”

When everybody else was running away, they were the ones running towards it and Trump wants to sit there and act like I was a part of that too. I wouldn’t call myself a first responder, but I was there with you. No you weren’t. There’s actually been investigations to find out whether or not you were involved or were there at all and guess what? You weren’t. There is no evidence that exists anywhere on this planet to suggest that you went down there, you flat out lied to these people, to these heroes, and you lied to them just like you did in 2016 on the campaign trail when you made the same claim that you were down there clearing rubble. I don’t know that you’ve ever picked up a piece of rubble in your life. Then you also made the same claim back in 2015 that you were there, that you were helping, that you did some good in the world for once in your life.

None of it was true, but that didn’t stop you from saying it repeatedly. These first responders who were there in that crowd that day yesterday, they know the truth. They know you weren’t there. They know you just lied to them, but they probably figured it wasn’t the best time to go ahead and bring it up to you. But believe me, they’re all thinking it because they all know it. Whether they support you or not as irrelevant. They know you lied to them and you lied to the entire country in the process as well. The only thing you did after 9/11 was brag about the fact that now you have the tallest building in New York. That’s what you did. You bragged you didn’t help. It didn’t save anybody. It didn’t clean anything up. You boasted about how great you are, which is exactly what you did on Monday.