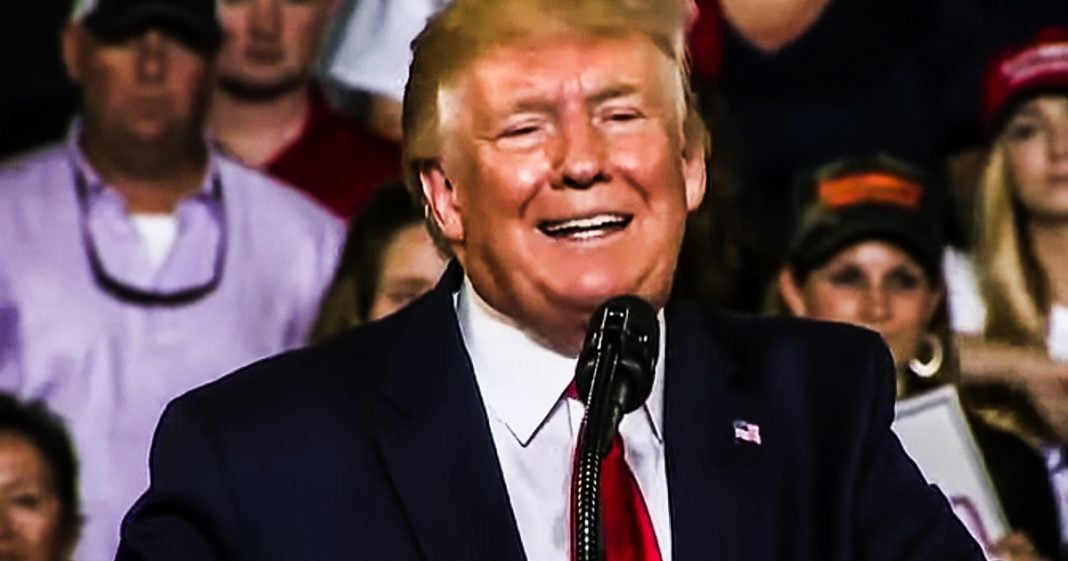 The Trump campaign has always preyed on people who are more than a little gullible, and they recently managed to dupe roughly 30,000 people into paying half a million dollars for straws. These straws, sold through the official Trump campaign website, are marketed as the alternative to those “liberal paper straws,” but really it’s a way for Trump to once again exploit his base. Ring of Fire’s Farron Cousins discusses this.

Donald Trump has proven as president of the United States that he is not good at very many things at all, but there is one thing that Donald Trump absolutely excels at, and he may do it better than anybody else in this country today, and that is separating fools from their money. And that’s exactly what the Trump 2020 reelection campaign has been doing for the last few weeks. According to new reports, the Trump reelection campaign store has raised almost half a million dollars selling reusable plastic Donald Trump straws. Here’s the thing. These are marketed, and this is actually what it says on the product description. It says,

And the pack of straws is 10 straws with the word “Trump” on them, and those 10 straws, plastic straws, folks, these are not metal reusable straws, plastic straws, 10 straws for $15 and they have raised roughly half a million dollars selling these things. That means roughly 30,000 people in this country have said, heck yeah, I don’t want no liberal straws. I want a Trump straw feel like a man when I suck out of that thing. Right? Which honestly, the to be perfectly clear here, I am surprised.

I thought more Trump supporters actually drank from sippy cups. So the fact that they’ve moved on to straws, I guess that’s a positive. I mean that’s growth, right? But could you imagine one being that dumb and gullible because come on folks for plastic straws just cause you want to stick it to the liberals. Trump knows how to play you folks so well. And it’s the only thing he does. Well, you got con you got scammed. You paid $15 for 10 straws that you probably could have walked into any fast food joint in this country. Just grabbed a couple out of the dispenser and gone home with them.

But you didn’t cause you wanted to suck it out of Trump straws. Right? That’s what you wanted. And he’s laughing all the way to the bank because he’s playing you. I don’t fault Trump for this at all. I think the whole thing is stupid and it’s obviously going to destroy the environment even further, but it’s his supporters, folks, these people gullible enough, foolish enough to go and spend $15 on 10 little Trump straws. Why are we still trying to reach these kinds of people? Why are we thinking out here that we can reason with them, that we can have rational conversations about politics and policy with them?

These aren’t rational people. Not a normal person doesn’t do this kind of thing and think it’s cool or think that they’re sticking it to the Liberals or saying to hell with the environment and my kids and grandkids, they can just suck it up and eat plastic fish because that’s what these people are saying this. This is the message that they’re sending and they’re also sending money by the boatload to Donald Trump, who again, is not doing this to help you. He’s doing it to prove how foolish you truly are. And I would imagine that in the next coming months, we’re probably going to see a lot more really crazy, stupid products coming out from that Trump store. And I’m willing to bet every one of them is going to be a bestseller because that’s how foolish Trump supporters really are.