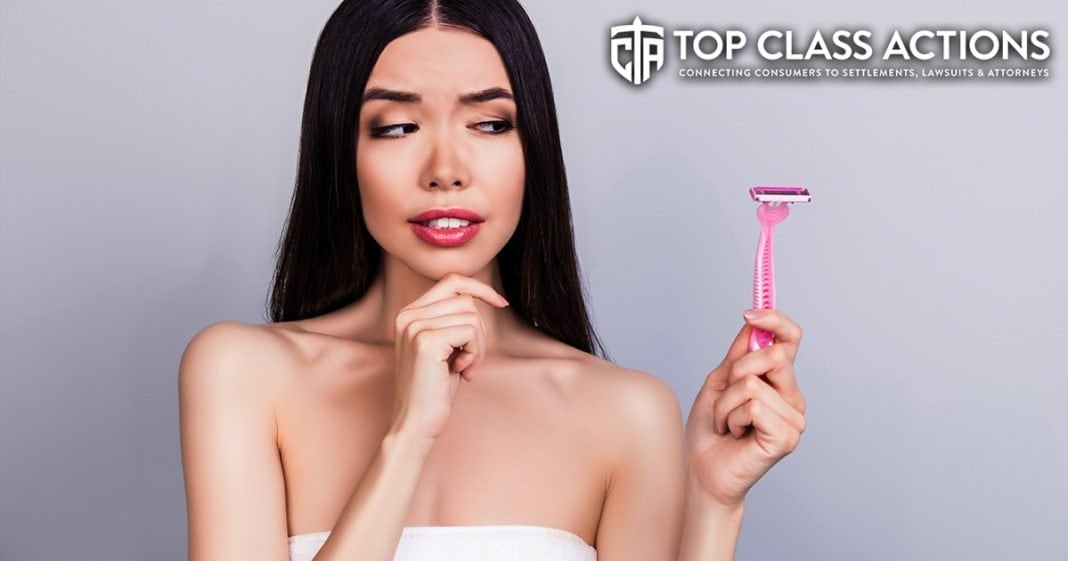 A recent class action claims that Schick razors are unfairly priced with a “pink tax,” causing women to pay more for their products than men. Plaintiff Carla Been claims that Schick razors for women are priced higher than those sold to men, representing insidious gender discrimination in the form of the “pink tax.” “Pink Tax” refers to the widespread practice of charging more for women’s products despite being essentially the exact same product that men purchase. Ring of Fire’s Farron Cousins discusses this with Scott Hardy, President of Top Class Actions.

Farron Cousins:                  For years, comedians have been making fun of the fact that razors are so expensive in this country. People have talked about it. There’s been news segments on it and yeah, let’s be honest, razors are ridiculously overpriced. But if you’re a man, you’re actually paying, depending on your brand of razor, a little bit less than women are paying for the same product except the only difference is that theirs comes usually in a nicer shade of pink. And that has actually spawned the name Pink Tax, which refers to the practice of women’s products being marked up more than men’s products even when they are essentially the exact same thing.

Joining me now to talk about a lawsuit that has arisen due to this Pink Tax is Scott Hardy from Top Class actions and Scott, of course, I am talking about the Schick razor class action here and this is actually an extremely interesting story. This is an issue I didn’t even know existed till I read this piece here and the more you know about it, the more disgusting it gets. We’ll get into that in a minute. But tell us right now about this particular lawsuit. What, what, what’s the claim here?

In this case we have the Schick Quattro and the Schick razorblade itself, the women’s priced are higher. There are pretty much the exact same razor. They both have the same number of blades. They both have the aloe and lanolin on the actual blade itself to make it smoother. But women pay more for every single razor. And, and, and there’s a big question of why? But that’s the company’s answer is because they can, they can charge this extra tax, the Pink Tax to women and we should be fighting back against this.

And that’s why it’s so great that it is illegal. You know, you have the razor refills that charge $12.99 for a four pack, to women. Well that same pack is $11.49 for men. So there’s a $1.50 extra that women are paying simply because they’re ladies and they could go ahead and pick up the men’s package and save that money, but you know, they, they want to go ahead and buy the more feminine package, I guess. I’m not sure, I’m not a lady, but, that’s how these companies are profiting off women.

Farron Cousins:                  And, and that’s crazy. What’s even crazier though, as you pointed out, yeah, there are places in this country where it’s illegal, but there’s very few places in this country where it’s illegal. I mean basically we’re looking at, you know what, probably at 48 states total, where in most of the state it’s perfectly fine for a company like Schick to charge women extra for the same product. And we have seen, you know, this actually, you know, before I even get into that, I want to go into this part from the story from Top Class Actions.

This isn’t a new phenomenon. This is something all the way back in 1994 they had determined in the state of California, women were paying $1,300 per year more for identical products than men, just because those products were marketed as for women. So women were basically paying a $1,300 a year Pink Tax in the state of California all the way back in 1994. and recently, you know, last 10, 15 years here we have seen a lot of diversification of products like this, more and more marketed, oh, this is just for men.

Scott Hardy:                          Exactly. You know, you’ve got the Pink Tax that really should be ended. I mean the, these companies should be able to take a look at their products and know that they are gouging women for the same product that men might look at and go, pssh, I’m not going to pay that extra. What do I care? And it’s a process that really needs to be changed and the states should take a look at this other than California and New York and follow the example here. And start cracking down on these companies that are, are just gouging women in every way they can. I mean, what I’m surprised at is that there’s no Farron Cousins razor yet. How have you not have an official endorsement yet?

Farron Cousins:                  You know, I, I certainly could, unfortunately I’m just lazy enough to where I only shave about once a week. So you can kind of see in the interviews, you know, I do towards the end of the week, I’m a little more hairy because I typically save it for the weekends. But, but look, hey, I’m ready for that endorsement if anybody wants to throw it. But more importantly, ladies, if this is the razor that you use, this Schick Quattro for women, follow the link in the description of this video.

Head on over to Top Class Actions. Get all the information you need to know about this issue as well as the Pink Tax. And of course, while you’re there, everybody needs to sign up for the Top Class Action newsletter, the best resource available for American consumers. Scott Hardy with Top Class Actions. Always a pleasure talking to you.