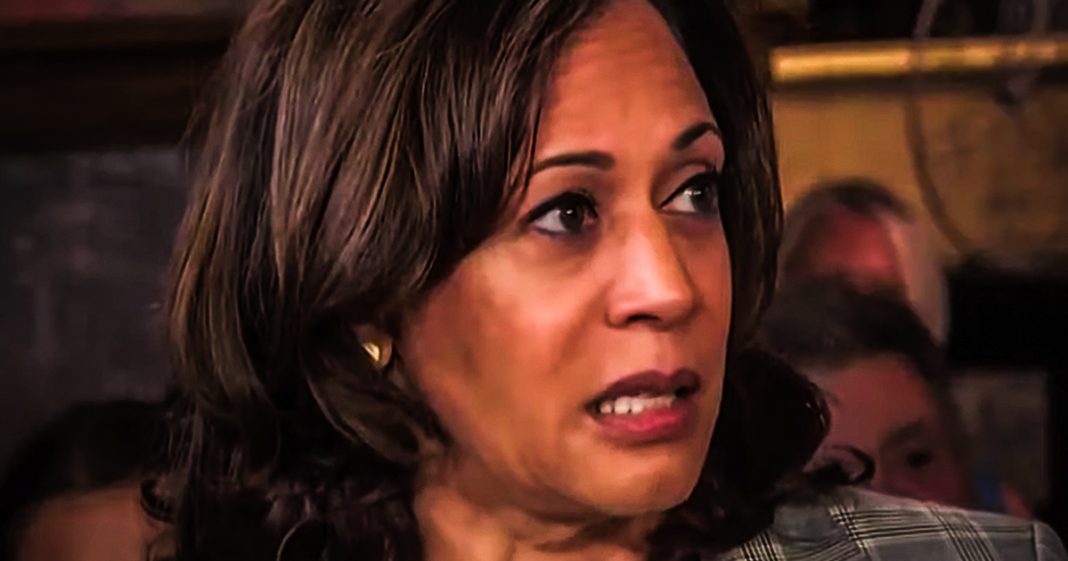 Currently, American citizens owe a combined $1.5 trillion in student loan debt. And since debt forgiveness has become a huge campaign issue, most serious Democratic candidates are unveiling plans to help reduce or completely eliminate that debt. Over the weekend, Kamala Harris released her plans, and Ring of Fire’s Farron Cousins crunched the numbers to find out how horrible this plan really is.

So over the weekend we got several different Democratic candidates proposing some really, really bad policies. Uh, and I’m not going to spend any time talking about Delaney. He’s a ridiculous plan for everyone to be forced into the national service. And I’m not going to talk about that because Delaney has no shot at winning the nomination, so it’s not even worth our time. Uh, another plan that came out, which is not quite as bad as Delaney’s plan, but still equally horrible, is common-law. Harris came out with this wonderful tweet and said,

“Yesterday I announced that, as president, I’ll establish a student loan debt forgiveness program for Pell Grant recipients who start a business that operates for three years in disadvantaged communities.”

I guess she ran out of space and couldn’t add while also standing on your head and juggling a bunch of eggs and not breaking any of those because this is the most ridiculous criteria I think I’ve ever seen. And in fact, this was one of those times when I saw this tweet on Sunday looking at it, I decided, you know what I’m going to do? I’m going to look up statistics. And I’m going to do a bunch of math on my Sunday because somebody needs to figure out how many people this would actually affect. So I spent some time researching it and then I had to crunch the numbers myself and here they are folks. Right now we have about 16.8 million people in college. Roughly 30% of those. The numbers actually I think 28% but I’m going to give her an extra 2% 30% on Pell Grants. Well, there is a 51.4% graduate graduation rate for Pell Grant recipients. 44% of students in college when they graduate, start a business. 18% of businesses open and operate in disadvantaged communities and 30% fail after two years, 50% fail after five years.

So here’s how the math works. You have to take 16.8 million people in college. Then you take 30% of that. Those are the ones with Pell Grants. Then you have to take 51.4% of that 30% and those are the numbers who even graduate. Then you have to take 44% of that, the number who started a business. So 44% off of what’s left of those two. Then you take 18% of that because those are the ones who actually opened businesses in disadvantaged communities, which is part of Kamala’s, uh, requirements here. And then of course the failure rate. I did a failure rate of 40% cause that’s right in between the 30 and 50. And what does that leave you with? Out of 16.8 million Americans currently enrolled in college, the number of people who would qualify for Kamala Harris’s debt forgiveness program would be 123,103 people, which is 0.7% of current people enrolled in college.

0.7% folks, we have one and a half trillion dollars of student loan debt here in the United States right now being held by people some up in their seventies and Kamala Harris understands that, wow, everybody else is out here talking about forgiving student loan debt. I guess I need to get on it. Here’s my crazy plan to forgive $20,000 worth of student loans for 0.7% of the college population. Oh, did I forget to mention that it’s only going to forgive up to $20,000 because that’s also a very important part. It’s not even like they get all their loans forgiven. They just get $20,000 forgiven when the average student loan debt is well over 40 so you can take that 0.7% number and go ahead and drop it to 0% because that’s the number of people who would have their student loan debt forgiven under Kamala Harris’s plan. This is absolutely bonkers.

This is a terrible plan. It is clearly pandering because she wants to attract more African American voters over to her camp. That’s what this is. Meanwhile, we’ve got really good people out there with really good plans that say we’re getting rid of all of it. You don’t have to jump through all these consecutive hoops like Kamala Harris is doing. If you have student loan debt, we’re going to get rid of it. Plain and simple, done. I think I’m going to go with those people over. The person who says, you’ve got to jump through 18 different hoops. If you want a tiny percentage of your student loan debt canceled.